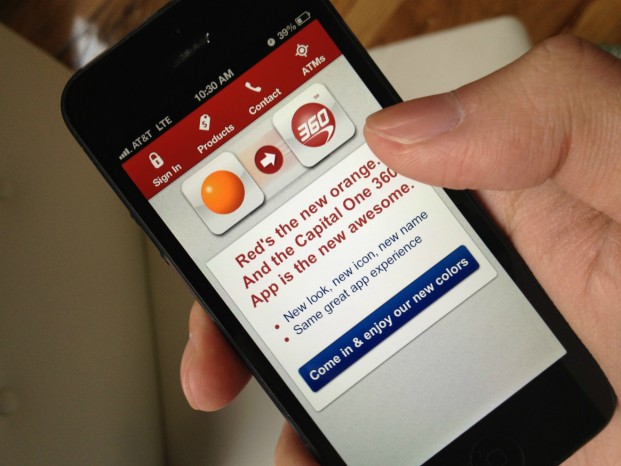 In the world of investing, one core principle that investors abide by is to sell a stock or mutual fund when the company or management no longer performs in a manner that you expected. The same approach should apply to those of you who are contemplating the idea of leaving your bank. Given the recent evolution of Capital One 360 from ING Direct, former ING Direct customers are considering leaving their banks, but I’m suggesting that instead, they adopt a wait-and-see mentality before rushing to close their accounts.

Ever since ING Direct announced its sale to Capital One, many ING Direct customers have said that they’d be leaving, simply to avoid association with Capital One. Despite repeated messages reassuring customers that nothing about their experience is changing, skepticism lingers as Capital One takes the helm.

“Let’s see how long it will stay the same,” said Danny, a commenter said in our Capital One 360 launch story. “I give 1 – 2 years before ING and its ‘awesomeness’ will be forgotten and it will be just like any other traditional bank, nickel and dime you in every possible way.”

However, in the one and half years since the acquisition was announced, I haven’t noticed any significant changes to my ING Direct experience. In fact, multiple upgrades — such as remote check deposit and check-writing — have been introduced. The team behind ING Direct remains a part of Capital One 360.

Sure, I have mentioned that I’m moving the bulk of my savings to Ally Bank. But that was strictly because Capital One 360’s savings rate has slipped enough to warrant the move. Following the rule stated earlier, I transferred money out because the savings rate had lost its competitive edge. I would do the same if a mutual fund manager decided to take a less aggressive approach in picking the funds’ holdings.

Many Capital One 360 customers are sticking around to see what becomes of their accounts and online banking experiences. That’s a great move. If everything works the way it should, why be so hasty to leave?

“I’m a bit nervous about this Capital One thing and am scouting around for another bank in case things go south,” said Costello, who left a positive review for ING Direct. “Shopping around at other online banks and credit unions over the last month or so has made me realize how good ING is. I seriously hope Capital One doesn’t foul it up.”

I think Costello is a great example of someone who finds that his bank account is doing a good job, and that’s all that matters — not the change in the bank’s name.

Andreo, another ING Direct reviewer and 10-year patron of the online bank, said, “As it stands for now things have pretty much remained the same as they did pre-Capital One days. So I guess as long as Capital One minds its manners I will remain with them.”

Now ask yourself this: if ING Direct was acquired by any other bank, and experience stayed the same, would you stay?

Let us know in the comments below!

Related Articles
Is a Will Really Worth It? Or Why Rupert Murdoch Still Needs His Estate Lawyers
How to Avoid Gift Card Scams
How to Get the Best Rate On Your Auto Loan
How to Save Money on Expensive Funeral Costs
Can New Chip-Enabled Credit Cards Be Hacked Wirelessly? The Trick Radio Ploy
How to Use Buyer Incentives to Sell Homes