Sticking your money under the mattress is one way to keep it safe but if you’re like most people, you probably prefer to stash it in the bank. Unfortunately, that can open the door to some unnecessary headaches when you’re trying to manage your cash. 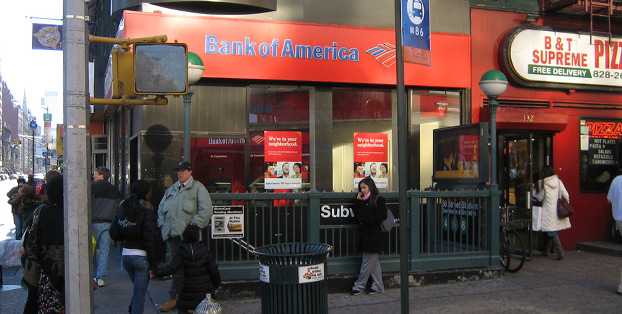 While banks are governed by federal regulations, they have some leeway on how certain rules are enforced. The guidelines may vary from institution to another, which only makes the problem worse. If you’ve ever had to deal with an annoying bank policy, you know just what we’re talking about. These nine policies are the ones that prove to be the most irksome for customers to contend with:

When you’ve got multiple accounts with the same bank, you’d think that you’d be able to shuffle money back and forth between them, but that’s not always the case. Some banks restrict the processing window for transfers, which can result in major headaches if you need to add a little cash to one of your accounts. For example, I once belonged to a local community bank that didn’t allow you to transfer money between 6 p.m. and 12 a.m. That restriction became a problem on more than one occasion, and eventually I ended up moving to a larger bank.

The next time you’re planning a big purchase with your debit card, you’d better check first to see how much you can spend before you hit the store. Depending on where you keep your money, you may be stuck with a daily spending limit ranging from $100 to $5,000. That seems like a lot, but you could still come up short if you’re buying something big, like a TV, as this unhappy Bank of America customer found out.

Mobile banking is designed to make putting money into your account easier but limits on how much you can deposit make it a headache for some users. The limits can start at $500 and go right on up to $10,000, based on who you bank with and how long your account’s been open. When your limit’s at the lower end of the scale, the service can end up being worthless if you’re still having to go the bank to make larger deposits.

4. Charging a fee for paper statements

Bank revenues took a steep dive after the housing market collapse and one of the ways they tried to make up for it was by introducing new fees. One of the most bothersome ones is the $3 to $5 that some banks charge just to get a paper statement in the mail. You can get out of paying it by opting in to electronic delivery but if you’re not computer savvy, that doesn’t do you much good.

5. Cancelling your cards without notice

Finding out that your debit card information has been stolen is the stuff of nightmares, and canceling the card can potentially stop would-be identity thieves in their tracks. The problem is that some banks are guilty of shutting down cards without giving customers a heads-up first. As one Neffs Bank customer (who found out about the cancellation the hard way when his card was declined) put it, it’s like having your money held hostage.

Overdraft fees are big business for banks and a Pew research report released earlier this year suggests that the way debits are processed can work against customers. The report found that of 44 banks surveyed, more than half process debits starting with the highest amounts first, rather than following chronological order. The result is that customers are getting hit with multiple overdraft fees for all the smaller purchases that were made earlier but didn’t go through until after the larger debit cleared.

One of the most frustrating aspects of banking is waiting out those few days between the time when you deposit a check and the moment it actually clears. While federal law mandates the delay, it’s up to the bank to decide how long you’re left hanging. Even if part of the deposit is made available the first or second day, you could be twiddling your thumbs for up to a week, waiting for the rest to hit your account if the check was for more than just a few hundred dollars.

If you’ve ever had an unauthorized charge show up your bank statement, you probably already know how much of a hassle it is to get it refunded. Under the Electronic Fund Transfer Act, banks have up to 10 days to decide whether to issue a refund and then it can take another 7 to 14 days to actually see the money. When it’s only a few bucks it might not seem like a big deal but it becomes more of a nuisance when there are several hundred or even several thousand dollars on the line.

When you’re trying to whittle down your credit card debt, every penny you can throw at it counts. Making multiple payments throughout the month can help you to wipe out the balance sooner but certain banks limit the number of times you can pay. Discover and Chase, for instance, enforce a three-day gap between payments on the same account. That can be an inconvenient stumbling block when you’re focused on eliminating the debt.

If there’s something that your bank does that really ticks you off, we want to hear about it. Share the most annoying policies you’ve ever run into, in the comments below.

Related Articles
Deposit Availability Time at Top 10 Credit Unions
Income-Based Student Loan Repayment May Leave You Deeper In Debt
Top 5 Most Notorious U.S. Bank Robbers
How to Get Discount Tickets to DisneyLand
Am I Spending Too Much Money on Food?
Retirement for Millennials: What You’re Doing Right (And Wrong)