How to Go Totally Cashless and Why You Should

Living a cashless life has never been easier thanks to the near ubiquity of smartphones, public WiFi, and internet access in general. 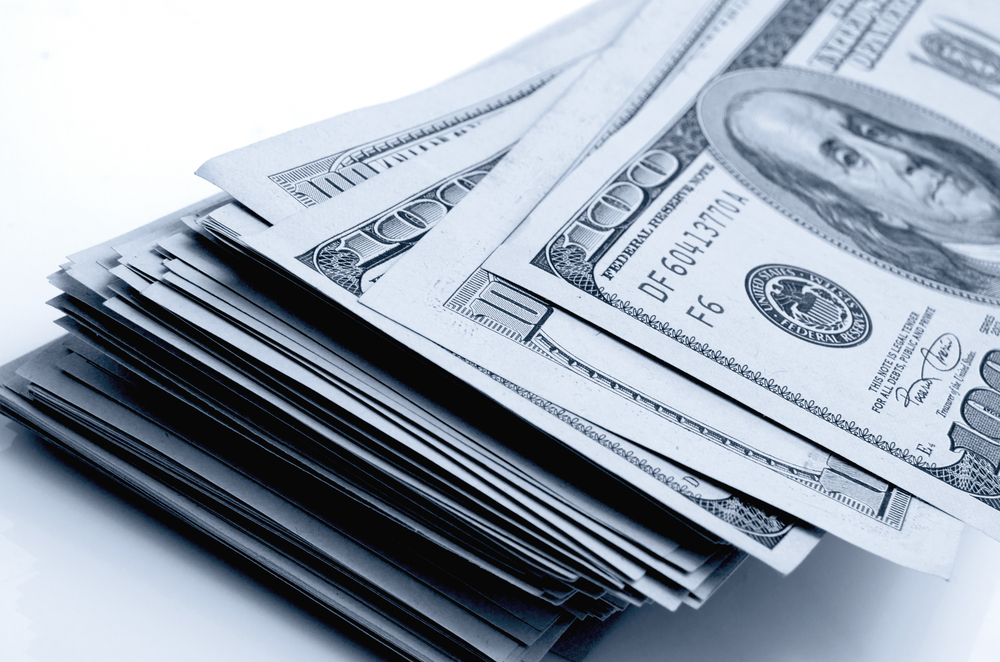 With everyday life becoming more and more digital it seems only reasonable that peoples’ financial lives are following suit. Credit cards, online banks, and ATMs are a few examples of how money has entered the digital age. Today apps like Venmo and PayPal, budgeting tools like Mint, online loan sites like Lending Tree, and web-based brokers like RobinHood and ETrade have further pushed finances into the digital world. Despite this cash is still used on a massive scale in the United States; the average American pays in cash for 40 percent of the transactions they make, though check and card transactions make up a bigger proportion of high dollar value transactions.

I have fully embraced a digital financial life. I haven’t used cash in a single transaction in almost a year and it has made it far easier to track my finances, and control my spending. It has also saved me time managing change, making trips to the ATM, or going to the bank. Going completely cashless is easy and can streamline many everyday tasks.

Living a cashless life has never been easier thanks to the near ubiquity of smartphones, public WiFi, and internet access in general. You can use an app or a website for every aspect of your financial life: banking, investing, paying back your friends, paying your bills, getting paid, and tracking your budget.

Online banks have become popular in the wake of the 2008 financial crisis because of their ability to pay interest on deposits in amounts that exceed tenths of a percent. Their lack of physical locations means that they are generally able to offer low fee accounts, great customer service over the phone or online chat, and free ATM withdrawals. Ally Bank, for example, offers $10 in ATM fee rebates per month, as well as access to the AllPoint ATM network free of charge.

You can set up an online checking and savings account in a few minutes and will get a debit card and checks relatively quickly, not that you’ll need them. You can easily hook the accounts up to get your paycheck direct deposited, pay your bills, and generally serve as the hub of your financial life.

Most online banks, including Ally and Capital One 360 have a bill pay portal on their website. These let you pay the bills without having to worry about writing out checks and sending them through the mail. Whether you need to pay your cable bill or your landlord, you can do it through the online portal and let the bank take care of the paperwork. If your bank doesn’t offer bill paying features, credit card, cable, and utility companies have learned that people like paying bills online and have begun adding that feature to their own sites.

Paying Friends and Getting Paid

One place where cash has always been popular is paying back friends or for splitting the bill at a restaurant. Using apps like Venmo or Square cash you can use your phone to pay your friends back in seconds, that way you can give the waiter or waitress one credit card, rather than fumbling with cash and trying to make change, or asking them to split the bill multiple ways.

If you have a side business and need a way for customers to pay you, but don’t want to deal with large amounts of cash or the hassle of depositing a check, Paypal makes it easy to send an invoice and get cash into your bank account.

Once you’ve managed to save up some money you’ll want to do something to start growing that money. All of the major brokerages offer online accounts where you can deposit money and invest it on your own. Most institutions, including Vanguard, Fidelity, and T Rowe Price have “target date” funds, which combine stocks and bonds and automatically adjust the ratio over time as you near the target date, making them great “set it and forget it” funds. If you want to be more hands-on, online brokerages like Scottrade and Sharebuilder let you invest in individual stocks. People who are tied to their smartphones can use apps like Robin Hood or Loyal3 to invest in companies of their choice.

Why Live a Cashless Life

A cashless life brings many benefits with it. First and foremost you won’t need to spend time on trips to the ATM or bank, deal with bulky coins, or worry about worry about tracking your budget manually with giant Excel files. Even people without the time or inclination to budget on a regular basis can track their spending after a one-time setup.

If you’ve ever had the feeling of cash burning a hole in your pocket then going cashless can be a good way to avoid this. I tend to keep the same amount of cash on me, just in case of emergency. Because I can’t feel extra money in my wallet or see that I have a lot of cash when I have more than usual, I am able to avoid feeling like I can spend freely. This cuts down on unnecessary spending by a huge amount.

The other tool that is essential to avoid unneeded spending is a budget. Going cashless makes it easy to use apps like Intuit’s Mint to budget. If you connect all of your bank, credit card, and investment accounts you can easily track all of your money in one place. Every time you make a transaction or receive money, it will show up in your activity feed in Mint. Mint also categorizes each transaction based on the store. You can set a budget for food, entertainment, gas, loan payments, and more, and see them update in real time as you pay for things with your credit or debit card. This saves you the hassle of saving receipts and provides clear visuals so you know how much you can spend.

The best part of going cashless is that it makes things cheaper, provided you do things properly. Nearly every credit card available today provides some form of rewards. With just a 1% cashback credit card, you can save hundreds each year. If you spend $1,000 a month on groceries, bills, and entertainment and put all of those payments on your card for a whole year, you save $120. Using category cards with higher rewards rates can help you save even more. Additional card benefits like extended warranties make using cards for every purchase even more appealing.

Is a Cashless Economy the Future?

One other reason that now is the time to make your financial life cashless is that the world as a whole seems to be moving in that direction. The Federal Reserve has noted that payments by card have been increasing steadily over the past decade as cash and check transactions have decreased. Major banks and institutions are also incentivizing customers to go paperless by offering fee waivers. Paperless credit card, bank, and bill statements make it easier to make payments online since you won’t have the pre-addressed envelope delivered with your bill every month. Bitcoin is also gaining in popularity and becoming more mainstream these days. Even the government is going paperless, offering savings bonds online through Treasury Direct.

Other countries such as Canada, and Sweden  have taken strong steps to go cashless. Sweden, in particular, has long been at the front of developments for consumer financial habits; becoming the first European nation to print a national, paper currency back in 1661. Researchers are already estimating that Sweden will have completely eliminated cash as a form of payment by 2030.

The shift to entirely digital payments in Sweden has not been pushed by the government but instead is a result of market and cultural trends in the country. Since 2009, the amount of cash circulating in the nation has dropped by 36 percent, and less than half of that sees active use. Today, nearly 90 percent of transactions in the Nordic country are done without physical currency. The trend is so strong that five of the nation’s six major banking institutions have gone cashless, removing ATMs and placing restrictions on cash deposits/withdrawals.

Of course, any major shift in any system, especially one that is as complicated and essential to daily life as the financial system is, will take a long time and not be without its downsides. The most obvious example is the question of how a merchant can accept payments if their credit card reader breaks. Other concerns, such as the susceptibility of online bank and investment accounts to hackers has left some clinging to their hard currency. Privacy advocates also fear that a completely digital currency system makes it too easy to track individual’s spending habits; information that could be used to reveal information about a person’s habits, and personal life.

Going completely cashless has can bring a lot of convenience to your life and make it easy to budget and avoid frivolous spending. With the increasing digitalization of the economy, the time to make the jump away from cash is now.

<p>The biggest flaw in this article is the claim that it "makes things cheaper". Where do you think the cash back and rewards come from? It is a fee placed on the retailer every time a card is used. Are we foolish enough to believe that a business just absorbs this cost? This percentage is factored into the retail of the item you purchased. As more people go cashless, retails go up. Billions of dollars are skimmed of the top ignore economy every year by credit card companies. Do by going cashless you are lining the pockets of the card industry, not saving a dime yourself.</p>