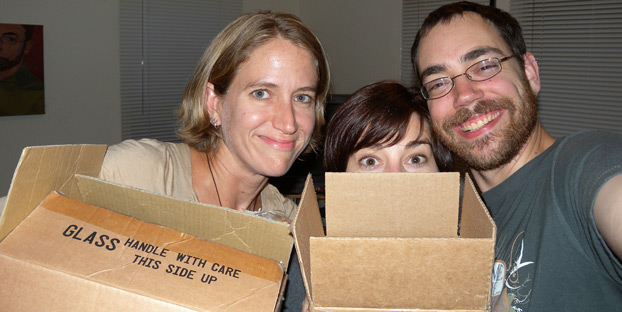 It’s no secret how big the $1 trillion student loan problem has gotten in the U.S. and with tuition prices continuing to spike, a slowdown in borrowing doesn’t seem likely anytime soon. Clawing your way out from under those monthly student loan payments is no easy task, especially for 20-somethings who are up against tight competition for jobs and low wages. Income-based repayment plans can ease some of the burden but it can mean adding several years and thousands of dollars in interest to your debt payoff.

In coming up with ways to tighten your financial belt, consider where you live. If you’re living in an area with a relatively high cost of living, many financial experts advise that you move to a less expensive city, but honestly, how realistic is it for you to move? A move may not seem ideal but when you need help paying student loans you have to be willing to consider all the options. If you’re fed up with feeding hundreds of dollars a month to your student debt, asking yourself some specific questions can help you make up your mind about whether a move should be on the cards.

Will you Dump your Debt Faster?

Some cities have a reputation for being more millennial-friendly as far as amenities go but that doesn’t mean they’re going to go easy on your wallet. The first thing you have to think about when a move is on the table is how much faster you’re really going to be able to say goodbye to your loans. Ideally, you’d want to pick someplace where your job prospects are in line with your current salary but the cost of living is much lower.

Now, imagine you moved to Omaha, Nebraska. You take a slight pay cut to $45,000, which gives you a take-home pay of about $2,800 but now your monthly expenses are closer to $2,200. If you’re really gung ho about getting debt free and decide to tack on the entire $600 surplus to your debt you could knock it out in three years and save almost $5,000 in interest in the process. Sure, you’re probably going to eat a lot of beans and rice over those three years but think of what you’ll be able to do with that $900 a month when you’re not sending it to your loan servicer anymore.

On the flip side, if you’re only able to put say $200 extra month towards your loans you’ll still pay them off faster but moving just to do it becomes a questionable choice. Instead of transplanting your entire life to someplace new, you could just pick up a part-time gig somewhere or freelance on the side to hustle up the extra cash.

Can you Realistically Afford to Move?

While moving can definitely put you closer to student loan debt freedom, you have to factor in the cost of getting to your new destination. If it’s going to take $5,000 to move, you need to be clear on where the cash is coming from. Pulling it out of your cash savings eliminates the need to add to your debt by putting it on a credit card but what do you do if an emergency comes up? If you’re really trying to grind out your balances and putting every extra penny you can towards your loans, you’re not going to be able to replenish your savings until they’re paid off.

If you’re able to luck out and score a new job with an employer who’s willing to give you some kind of reimbursement towards your moving expenses, that can definitely make the decision easier but it really depends on what they’re offering. If you know that it’s going to cost you $5,000 to pack up all your stuff and haul it to a new city but your employer’s only offering to cover $500 of that and you’re taking a pay cut on top of it, that’s not much of an incentive for you to pick up stakes.

On the other hand, if they’re dangling a nice fat carrot in the form of an all-expenses paid move, your outlook’s going to be a lot different. If you’re willing to go to the extreme of moving to a completely new place just to free up more cash for your student loan, knowing that you’re going to have all the money you initially put out handed back to you is a pretty decent motivator to hit the road.

Will you get a Tax Break?

If you’re a cash-strapped 20-something, it pays to go after every tax break you can get and if you’re thinking about a move, you might be able to write off any expenses that aren’t covered by your employer on your taxes. You have to meet two separate requirements but figuring out whether you’re eligible for the deduction isn’t that complicated.

First, you have to satisfy the time test by working a minimum of 39 weeks full-time during the 12 months following the move. The weeks don’t have to be consecutive and they can be for multiple employers in your new location.

The kinds of expenses you can deduct include hiring a moving van, your personal travel expenses like gas, tolls or airfare, shipping expenses for a pet and storage unit rental. As long as you’re hanging on to your receipts, you could snag yourself a bigger refund at tax time, which is even more money you can slap down on your debt.

It Doesn’t Have to be Forever

The great thing about moving when you need help paying student loans is that you’re not obligated to stay for the long-term. Committing to staying in a particular place for three years isn’t too bad of a trade-off if it gets you out of debt faster. You may even decide that you like your new city enough to make the move permanent.

When you’re comparing cities for a move, you also need to look beyond how much you can make or what it’s going to cost you to live there to make sure you find the right fit. For example, if you’re an outdoorsy type, you should check out whether there are any biking or hiking trails nearby or how close you are to nearest green area. If you’re a die-hard foodie, you want to look at what’s on the menu in the local dining scene. The more positives you can find, the less difficult the transition to a new town is going to be.

Moving just to pay off your student loans may seem a little drastic but it’s not an option you want to count out completely until you’ve looked at it from every angle. The short-term sacrifices can be worth it in the long run if you’re able to say goodbye to your loan servicer ahead of schedule.