Women, Feeling Ripped Off By Your Car Mechanic? 6 Ways to Get the Right Price

When you receive a big bill for car work, it’s easy to feel like you’ve been scammed, especially if you’re a woman. Some ways to even the playing field. 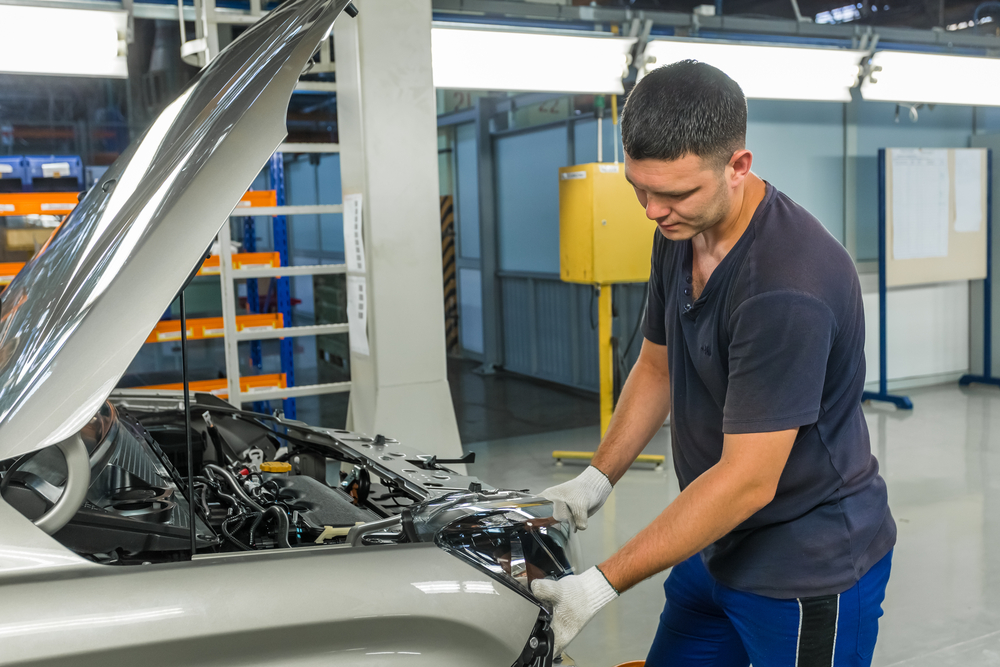 Nobody looks forward to paying for car repairs, especially expensive ones. Many times, when you receive a bill for $2,500 for transmission work, it’s easy to feel like you’ve been scammed, especially if you’re a woman having your vehicle serviced in a male-dominated industry like auto repair. In fact, according to AutoMD and researchers at Northwestern University’s Kellogg School of Management, auto-repair shops give women significantly higher price quotes than men when both sexes are uninformed about the going market rate for a particular service. This “information asymmetry” -- when one tradesperson is more informed than the customer -- is key to the discrepancy between female and male drivers. One of the authors of the study explains:

“Repair shops probably do not inherently dislike women or take pleasure in ripping them off," says Meghan Busse. "Instead, the data are more consistent with statistical discrimination. Shops believe, rightly or wrongly, that women know less about cars and car repair. In the absence of information to the contrary, they will be offered a higher quote. But when you show that stereotype is wrong -- because you reveal yourself to be an informed woman or an uninformed man -- you get treated the same way.”

The concept of the study was both simple: The researchers arranged for agents to call auto repair shops  across the country to ask for repair prices on a specific item -- in this case a radiator replacement on a 2003 Toyota Camry. Based on standard industry numbers, that repair should have run about $365. Some of the callers were men and some were women. They worked from the same call scripts.

Yet in a stunning finding -- at least stunning to men who dismissed complaints of women -- the female callers were systematically quoted higher prices than were the men.

The team found that that the women were quoted prices on average $13 higher than men unless they indicated they thought the work should cost $365. In that case -- in which the women callers obviously had done their homework -- the cost of the work was accurately presented.  Even then there was not complete parity: Men, for instance,  were quoted prices that were even lower than the norm when they indicated they thought the service should run about $360.  In other words, men were provided better prices than women, even when the women had done their research and had as much specific knowledge as the men.

There are flaws in the study to be sure. For instance the researchers failed to record the gender of those who answered the phone at the repair shops or the gender of the mechanics doing the work.

Even so the study revealed a bias often felt by women, but seldom scientifically tracked, that mechanics -- the vast bulk of whom are male -- feel women know less about cars and thus can be treated somewhat more cavalierly. Busse calls the evidence a form of "statistical discrimination."

"What we think best explains this is that shops believe for whatever reason – just or unjust – that women know less about cars or know less about car repair," she reported, noting that shops seem to have an attitude that "if you're well informed you get the price that we cite to well-informed people, and if you're poorly informed, whether you're a man or woman, we cite you the price that we cite to poorly informed people."

Of course it's foolish to make over-broad statements: Most auto service technicians are honest professionals making a living with integrity and courtesy. Yet for those others, the rare mechanics who’ll try to cheat drivers (read: women) out of their money, there are ways to avoid being taken for a ride.

Here are six points of guidance women should keep in mind when having their car serviced:

Do your Research Before you go in

Have a solid idea of what to expect before you even set foot in the service station. Look up the store’s hourly rates and call around to get the best deal, but be aware that the cheapest quote isn’t necessarily the best one. Also keep in mind the shop’s reputation and conduct your own personal background check before giving it your business. Ask your coworkers, neighbors, family, and friends about their experiences with the specific service center, consider jumping on Twitter or Facebook to see what others are saying, or read review sites such as Yelp. You’ll also want to ensure that the facility employs ASE-certified technicians, adheres to the Motorist Assurance Program (MAP) Code of Ethics, and that the facility is certified by AAA or its equivalent.

Get Everything in Writing

Before you agree to any service, make sure the technician puts it in writing. Approve every maintenance job with your signature before you allow the facility to do anything to your car. At this time, it will be clear what you’re agreeing to, and you’ll receive an accurate price estimate before the mechanic begins to work on the vehicle.

You heard me right: you might actually have to dig out that large handy-dandy owner’s manual that you might have shoved into your glove compartment, buried under Target receipts and parking tickets. Make sure you check to see when your car will need certain services like spark plug replacements or oil changes so that you can have the mechanic perform those services only when necessary. If the mechanic attempts to perform an action prematurely, ask for a detailed explanation before you decide whether or not to allow it.

Understand the Difference Between the Types of Repair

This is a big one. It’s important to understand that there are three types of maintenance/repair work that can be performed. The first type is recommended repair work, or maintenance that could improve your car’s performance, such as acceleration or fuel efficiency. The second type, preventative, is work that isn’t really urgent right now but is likely to need attention later on down the road. By agreeing to preventative work now, you could be saving beaucoup bucks on a more serious problem at a future date. Finally, necessary repair work is -- you guessed it -- absolutely vital for your care to safely perform. Be sure to research each service suggested by the technician and decide which ones, if any, are critical right now.

Most women, and even some men, don’t know that you have the right to inspect any work completed. If a technician claims to have replaced an old part with a new one, ask to see the old one to verify that the job was actually performed. Many times, suspicion arises when customers can’t tell whether or not the mechanic did what he was supposed to do, and asking for evidence can help to squash these concerns.

It Won't be Cheap

There’s really no way around the fact that repair costs can be expensive. Since parts can cost a pretty penny, the total cost will be even higher since the service facility marks them up to turn a profit. Also, labor costs are costly but critical for the shop to do business. While you might not want to pay for 12 hours of labor, do you really want to risk a terrible job if the mechanic rushes through the job in half the time?

By the same token, you might think it’s outrageous to pay a mechanic for two hours of work just to diagnose a problem, but it’s important for keeping you and your car safe. If the technician is not paid for the time he spends running tests, it’s probable that he or she would speed through and overlook something that is horribly wrong with your car.

So, what’s a woman to do? The best advice we have for females in need of a car repair is to ask and tell, Don't get pushed around; trust your instincts. Women who tell the repair shop they’ve done their research about the facility, who aren’t afraid to ask for explanations, and who understand the difference between a necessary repair and one that can wait a while longer are more likely to pull out ahead.