What's the Most Amount of Cash You Can Withdraw at Once?

Find out how much cash you can withdraw at one time from your bank accounts and learn what rules and security protocols apply to such a large transaction. 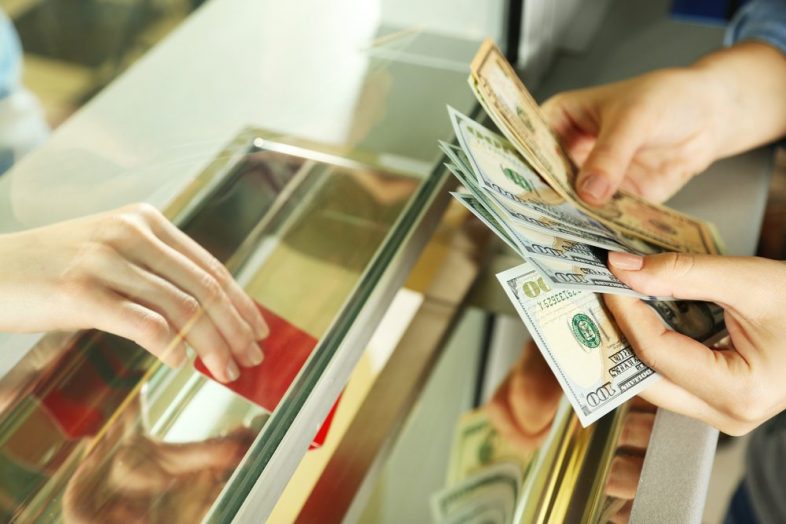 You need a large sum of money from the bank and you're worried that the bank won't give you the amount that you need.

It's an understandable concern for bank customers, especially in case of a financial emergency.

In fact, your concerns are justified.

For big-ticket cash withdrawals, there may be limitations on how much you can withdraw at a time. And your bank?

They need to follow special precautions -- one of which involves getting the IRS involved.

When You Need to Withdraw Big Money

There may be some instances when a person might want -- or need -- to withdraw a huge amount of money in cash from the bank:

That doesn’t mean any of those reasons make it a good idea to carry that much cash on you.

Cash is hard to track, easy to lose, and easily stolen.

The Rules on Withdrawing Large Amounts of Cash

When you go to deposit more than $10,000 at a time, your bank, credit union or financial provider is required to fill out a currency transaction report to the Internal Revenue Service.

The big reason is:

Under the Bank Secrecy Act (BSA), the government wants to make sure you’re not exploiting your bank to fund terrorism or launder money, or that the money you’re depositing isn’t stolen.

The IRS decided that it’s a nice round number that’s large enough to arouse suspicion since deposits of that size are a rarity.

This can trigger an IRS investigation and land you in hot water with the Feds, who call this practice “structuring” (and in some circles, it’s called smurfing).

Structuring is an apparent form of money laundering that assumes you’re trying to circumvent federal rules and regulations by making smaller deposits in the hopes of authorities that the $10,000 cash deposit goes unnoticed.

The same applies to withdrawals.

How to Withdraw Cash Without Raising Red Flags

Here's how you should approach it.

Firstly, depending on the dollar amount, understand that your bank might not have enough cash in its vault to give you.

Banks don’t often that much cash on hand contrary to the image they present.

A $1 million withdrawal may be a bigger sum than your bank branch has on site.

So, you may be required to wait for a week or two before retrieving your newly liquid currency.

The money needs to be literally shipped in for special withdrawals, and your bank may require you to provide a few days’ notice.

And, you may need to explain the nature of your withdrawal to the teller or banking rep if it’s over that $10,000 threshold.

It can look out of the ordinary for someone to withdraw such a significant amount of money, abnormal for a customer who usually deals in small-to-medium-sized transactions.

Is it for business, or personal, purposes?

The larger the intended cash withdrawal, the more alarming the transaction may seem, since cash only sends the signal of “It’s being used for unscrupulous reasons that I don’t want traced back to me.”

Note: Banks know that financial scams are out there. Employees may ask for more details to figure out if a customer is about to become a victim of some type of fraud.

Fail to disclose what you plan on doing with the withdrawn funds (especially when it’s cash), and you could be denied the money, or reported to authorities for suspicious or potentially fraudulent activity.

You don't have to worry.

All this isn’t meant to discourage or scare you from transacting your own money in your own account.

Once you’ve followed all the steps, the money is yours to withdraw.

The bottom line is...

Huge withdrawals are not only inconvenient but unsafe.

Withdraw $1 million, that’s 100 stacks. You’ll look relatively inconspicuous carrying around a suitcase, or even an envelope, full of large bills.

But, that won’t deter a thief from robbing you or breaking into your house knowing you keep cash there.

Plus, anyone with the financial savvy to amass significant funds in the bank should be aware that non-cash methods of investment, deposit, and withdrawal are the smartest -- and safest -- ways to transact money.

Consider some ways to move a large amount of money without transferring cash physically (ATM withdrawals don’t count; they have limits, too):

Use your credit card

If the cash withdrawal was meant to pay for a purchase, better to put it on your credit card and pay the balance off.

It may mean getting charged interest if you carry a balance from month to month, but it will keep your credit revolving and avoid the risk of carrying a bank’s worth of cash around.

Make sure to check your card’s credit limit first.

Get a cashier’s check

Instead of withdrawing, say, $100,000 in cash, have your bank draft a cashier’s check in your desired amount.

A perfect (and ultimately safer) substitute to carrying around dangerous amounts of cash, the best thing about cashier’s checks is that they work like regular personal checks, but their payment is guaranteed by the bank.

There are nominal fees for cashier’s checks (most banks charge about $5), but for large amounts, your bank may waive the fee.

If the check is lost or misplaced, you may also be responsible for purchasing an indemnity bond before you can have a new check issued.

You can use a wide range of methods to transfer money without ever handling the cash yourself.

Safety is number one when it comes to making any large transaction -- deposit or withdrawal.

Your bank wants to make sure that bank security isn’t compromised and that it fulfills its obligation for currency reporting to the IRS.

And, while we can’t advise you against ever withdrawing cash in small or large denominations, taking the steps to stay safe if you’re carrying a larger than usual amount is imperative.

Do your banking during daytime business hours and keep your cash out of reach of potential pickpockets and cash-hungry thieves.

Place your cash inside breast coat pockets or secured in a bag or purse facing you.

Stay calm and alert from the car to the bank, the bank to the car, and the car to your house, but don’t draw attention to the fact that you might be carrying cash on you.

You may even ask the bank's security personnel to escort you to your car.

<p>These laws restricting cash withdrawals and deposits to small amounts is nothing but “Big Brother” controlling our lives plain and simple. Fewer laws would be broken if a police officer was assigned to every citizen 24/7 but that is no good reason for doing it. <br>Also what an invasion of privacy it is for a teller to ask you what you are doing with “your” money. If they were crooks do you really think they are going to tell the truth. <br>We have become a totalitarian state. So much for the ideals of our founding fathers. Shame on us. The American Experiment is a joke.</p>

<p>Don't take advice from a guy that doesn't even use spell check. <br>This is probably a BOT.<br>If not, then I would not want him handling any of my money.<br>Please please let this be a BOT.<br>A single grain of rice can tip the scales. (Mulan)<br>A single misplaced period can change your bank statement.</p>

<p>Such a load of propaganda! Trying to scare you into not withdrawing large amounts of your own money for “your protection”. I believe it’s safer to be in control of your own funds, rather than being an unsecured creditor to bank funds you have on deposit. In the event of a large failure, the fdic won’t be able to cover it! <br>Banks reserve ratios are affected when balances are withdrawn in cash. They will do everything possible to prevent you from withdrawing large amount of cash, including trying to scare you, and intimidate! Take control of your own money and don’t fall for this crap!</p>