Learn how ultra short-term bonds compare to savings and certificates of deposit (CDs) based on returns, cost, taxes, and risk of losing your money. 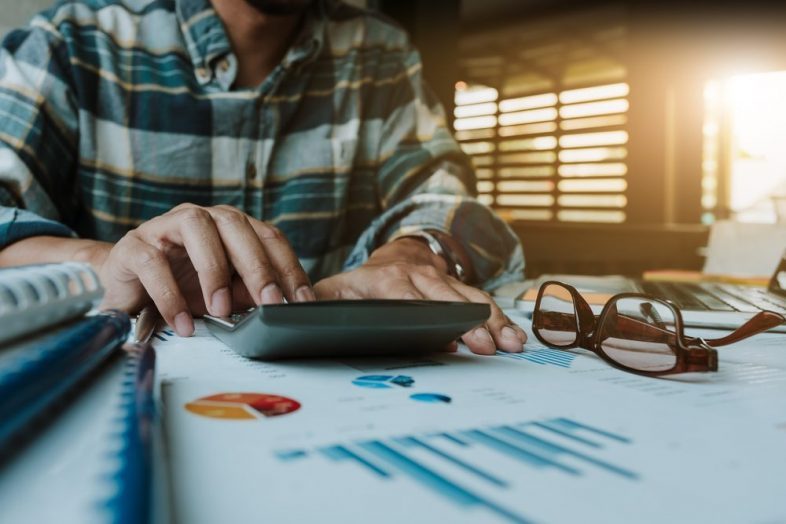 When looking for a place to park short-term funds, you may often turn to bank savings accounts and certificates of deposit (CDs).

Those are safe place with strong interest rates (if you look in the right places).

They considered very low-risk investments that can deliver higher returns that the interest rates of deposit accounts.

As an investor, you need to know about these funds, because they can be a good place to save you un-invested cash.

What Are Ultra Short-Term Bonds?

An ultra short-term bond is a bond due to mature in one year or less.

That doesn’t mean the bond was issued with a maturity of just one year.

Technically speaking, those are short-term securities and not actual bonds.

If you have a large enough portfolio, you can certainly invest in individual short-term bonds on your own.

But for the vast majority of investors, it’s much more efficient to do it through a fund.

That will not only provide diversification against the possibility of default on any one bond in the portfolio, but it will also provide the benefit of blended interest rates from many different securities.

In general, the interest rate return on ultra short-term bond funds has been higher than the returns on bank savings accounts and CDs over the past several years.

This has been especially true given the very low rates of interest paid on bank deposit products.

By contrast, these returns beat many of the high-yield savings accounts and short-term CD rates that are available. However, these bonds may not beat the best 5-year CD rates.

There are two significant differences between ultra short-term bond ETFs and mutual funds.

ETFs have no minimum investment.

They’re perfect for small investors, or for larger investors who are looking to take only a small position in ultra short-term bonds.

A mutual fund has a fixed minimum initial investment. You can generally expect this to be at least $2,500.

For example, the Vanguard Ultra-Short-Term Bond Fund Investor Shares requires a minimum initial investment of $3,000. That may be too high for smaller investors, but not a problem for larger investors.

Mutual funds often charge what are known as load fees.

These are basically sales charges, and they range from 1% to 3% of the fund purchase amount. They can be charged either up front, upon purchase, or upon sale.

Some funds charge a load fee for both buying and selling. For example, a fund may charge 1% to purchase the fund, and 1% to sell it.

Load fees aren’t much of a problem at all for short-term bond funds.

Because of the nature of the funds – ultra short-term interest-bearing securities – load fees are typically not charged. But you should be on the lookout, just in case they do apply.

Compared to Savings and CDs

Let’s look at a head-to-head comparison between ultra short-term bond funds and savings accounts and CDs.

It’ll help you to determine which will work better for you.

Let’s do a comparison based on four criteria:

The nod has to go to bank investments, particularly savings accounts which can be liquidated instantaneously.

Ultra short-term bond funds can be partially or entirely liquidated, but it may take several days for the sale to settle, since the shares in the fund must be sold.

Ultra short-term bond funds may be tax-free if the fund specializes in municipal bonds, which are free from federal income tax.

And if the fund is specific to your state of residence, interest income will also be exempt from your state income tax.

We have a tie on this front. Bank investments can be made either in person or online.

The same is true of ultra short-term bond funds, though they are typically purchased online. Either can be sold in the same way.

This is a definite advantage for bank savings accounts and CDs, since you can invest without paying any fees.

Even if a bond fund doesn’t have load fees (and they usually don’t), you’ll still be charged a commission by your brokerage firm.

This will generally range between $4.95 and $9.95, depending on the broker you invest with. And you need to pay that fee when purchasing the fund and again when selling it.

The rate of between 2.37% and 2.58% paid on the Fidelity and Vanguard funds will make a significant difference in return on investment on a long-term basis.

Ultra short-term bond funds are held in a brokerage account.

That means they can quickly and easily be liquidated to move funds into other investments, like equities.

If you’re holding funds for short-term needs, like for an emergency fund or the down payment on a car, ultra short-term bond funds aren’t quite as liquid as bank investments.

As discussed above, you’ll pay between $4.95 and $9.95 to both buy and sell ultra short-term bond funds.

There no fees to buy and sell bank investments.

That means there is a slight risk of loss of principal in a rising interest rate market.

That does not exist with bank investments. There’s also the possibility of loss due to the default of a bond issue in a fund.

Bank deposits are great in that they are covered by FDIC insurance. The coverage does not extend to ultra short-term bond funds.

This is also a good time to discuss annual expense ratios. They apply to bond funds, and not bank investments.

That’s netted out of the annual bond fund return, but it’s something you should be aware of.

Should You Use Ultra Short-term Bonds for Savings Instead?

The answer to this question really depends on what you intend the purpose of your short-term savings to be.

If you’re saving money for a short-term need:

For purposes such as a down payment on a house or to simply have a cash cushion in the bank, bank savings accounts and CDs are usually the better choices to hold your money.

They offer complete safety of principal, as well as liquidity, and very predictable interest rates.

Not only are they easily bought and sold, but they can be liquidated to pay for the purchase of other investments.

In the meantime, they pay higher interest than bank investments, or even the money market cash accounts offered by investment brokers.

If you’re looking for a higher-yielding interest-bearing cash equivalent to hold in your investment account, and ultra short-term bond fund is an excellent choice.

Not only does it offer high interest, but also relative safety of principal. You can use it as a place to park uninvested cash.

But if you need a certain amount of money to be totally safe and completely liquid, high yield bank savings accounts and CDs are the better choice.

Fortunately, you don’t have to choose one or the other. You can use ultra short-term bond funds in your investment accounts, and bank investments for near-term purchases.