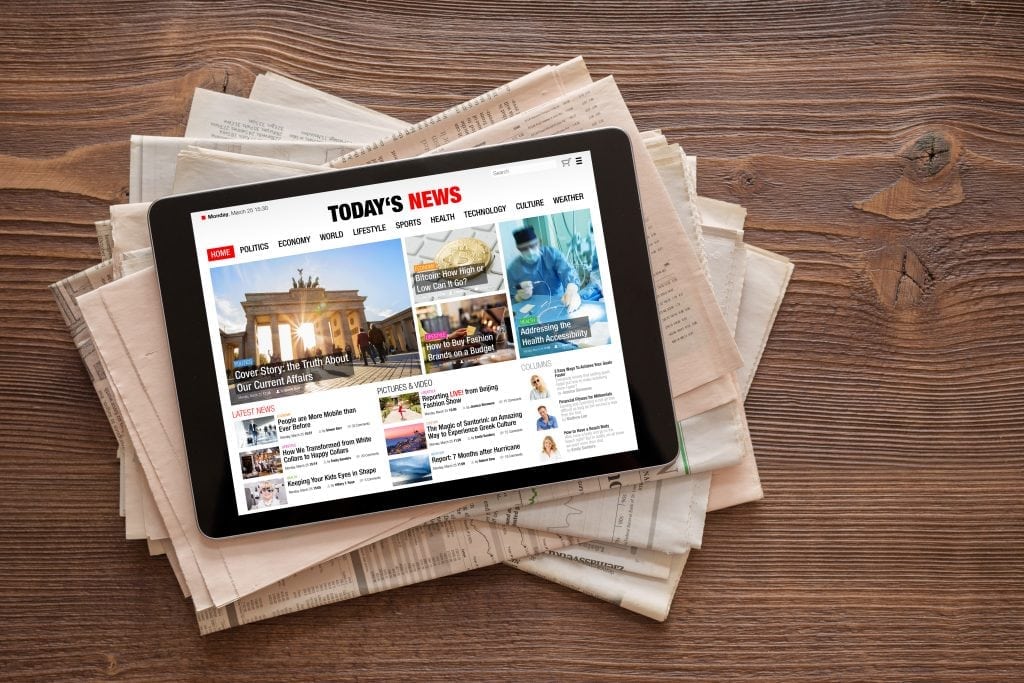 Sometimes, news headlines paint a pretty depressing picture these days when it comes to how much money we're saving.

If the media's correct:

Many of us are destined to end up living in cardboard boxes someday instead of enjoying a comfortable retirement.

While these stories do highlight the importance of saving, they rely largely on fear to get their point across.

I decided to dissect the most common ways the media tries to scare you into saving more, why this method will never work, and why I'm just plain annoyed.

Everyone who has debt from taking out student loans, knows how crippling they can be.

If you're working on paying down five or six figures in student loan debt, reading headlines saying how it will basically destroy your retirement isn't too encouraging.

In fact, you may even develop a "why bother" attitude when it comes to paying off the debt and saving.

This study found that nearly 40 percent of borrowers are expected to default on their student loans by 2023.

Furthermore, this person wrote about defaulting on their student loans and how it positively affected their life.

These stories and studies are effectively creating a self-fulfilling prophecy, because all the reader ends up focusing on are the scary statistics, instead of looking for practical solutions.

Student loan debt is one of the biggest financial problems Americans are facing these days and a lot of the focus is on how the debt affects borrowers' retirement prospects.

The news is flooded with stories that more people are retiring with student loan debt than ever before.

Saving for retirement while you pay off loans doesn't require a huge amount.

For example, deferring just enough of your income to qualify for a matching contribution to your 401(k) can make a huge difference in the size of your nest egg later on.

If a 401(k) isn't an option, you can put $10 or $20 per pay period into a Roth IRA or a Health Savings Account if you've got a high-deductible health insurance plan.

Unless your budget is so tight you literally don't have an extra penny to spare, saving isn't impossible -- the media just makes it seem like you need to save a million dollars now, or you'll die broke.

Social Security gets its fair share of news coverage these days, and it's never good news.

It's always a story about delaying your Social Security benefits or why it'll go away all together when you're old and grey.

The media also harps on the fact that by 2035, the program will only be able to pay 75 percent of schedule benefits to retirees.

However, let's say Social Security does "run out of cash" by that projected date, it's still anticipated that they will be able cover 75 to 79 percent of promised benefits after 2034. So, covering less benefits? Yes. But, disappearing altogether? Nope.

Over and over again, the projected Social Security shortfall is dubbed one of the biggest threats to retirement, leaving many of us to feel like Chicken Little waiting for the sky to fall.

Here's the problem I have with these stories:

They make us worry about whether Social Security is going to be there when we retire when what we should really be doing, is working on creating a retirement where we don't need it.

That means chipping away at your debt and looking for ways to lower your expenses so that the money you are able to save now can stretch that much further.

3. We Can't Afford a Financial Emergency.

Financial surveys are published every few months to repeat the same finding:

In fact, MyBankTracker recently ran a survey that found that 43% of Americans have less than $500 saved for a financial emergency.

However, this doesn't mean that Americans do not have any savings at all.

How much do you have in an emergency fund?

While we continue to advocate the importance of establishing an emergency fund, do not underestimate the financial resiliency of Americans.

In the event of an emergency -- a true emergency, there are many ways to pay for it without having the cash to cover it outright.

Some may even consider taking out a small personal loan when in need of some last-minute funds. The ultimate truth of this statement, however: A financial emergency can be dealt with and there are many vehicles to help you through it.

Getting ahead financially is a pretty simple formula: spend less money than you earn.

The news media keeps rolling out these doom and gloom stories but they don't make us better savers in the long run.

The only thing that it does is taking the necessary steps to live within your means.

For some people, it's as simple as cutting back on spending. For others, it means knocking out student loan debt or increasing their income to put an end to the paycheck-to-paycheck cycle.

In the end, tuning out the shock value-driven headlines and focusing on action is the only way to really see results.