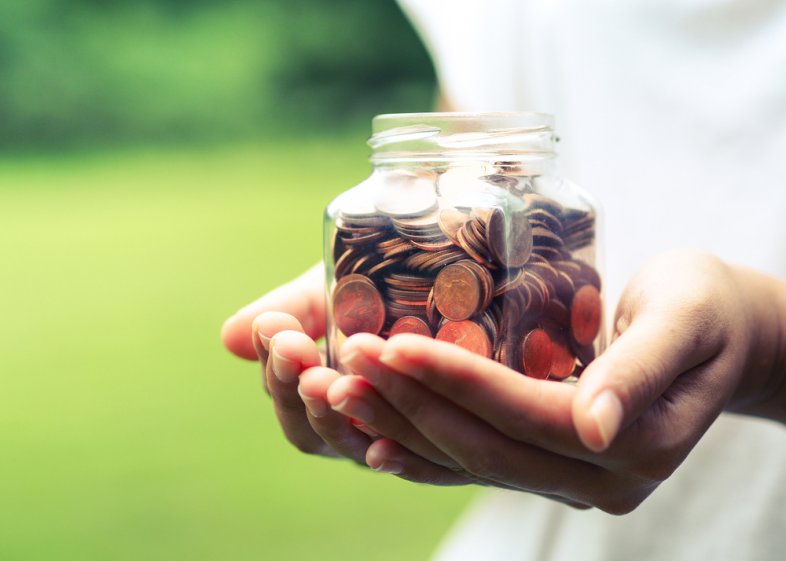 You've got some money set aside for a specific purpose -- with an expected timeframe of the next couple of years.

The perfect place to store this money is a 2-year certificate of deposit (CD).

You'll earn a very strong 2-year CD rate that will beat out most of the market-leading high-yield savings rates.

The reason for the higher interest rate is the CD are not designed to be withdrawn until two years have passed.

You can think of the restriction as a way to resist the temptation to spend this money -- ensuring that you'll have this money for its intended purpose after two years.

We surveyed more than 6,000 banks in the U.S. to identify the best 2-year CD rates available.

The best 2-year CD rates largely come from lesser-known banks, but you can open them regardless of where you live.

Most of the banks are online banks open to anyone with a Social Security number and a U.S. mailing address.

Where to Find the Best 2-Year CD Rates

When you’re looking for a CD, you’ll find that most banks offer multiple CDs with varying terms and interest rates.

Online banks tend to offer some of the best rates for 2-year CDs and for most other CDs.

Any bank that has an ATM or branch network is likely to have lower rates because of the costs of providing a physical presence.

Sometimes, brick and mortar institutions can offer good CD rates, but these deals are usually promotional and for CDs with a term shorter than 2 years.

The number one reason to open a CD over a savings account is that you’ll earn more interest on your balance.

A good 2-year CD will offer more interest than even the best online savings account.

While you’re locked in for a full two years, the odds of rates changing significantly in that time is relatively low, meaning you have a good chance to beat the return of a savings account.

If rates go down, you could come out way ahead.

As mentioned, a benefit of CDs is that your money is locked in the account until the CD matures, which happens 2 years after you make the deposit.

If you want to make a withdrawal during that 2-year period, you have to pay an early withdrawal penalty, which is a good incentive to leave your money in the account.

Not designed for easy withdrawal

As we just covered, you can’t withdraw money from a CD until it matures, unless you want to pay an early withdrawal penalty to do so.

This becomes an even more important consideration with a 2-year CD than it is with a CD with a term of 1-year or less.

Tying your money up to 2 years can be a big commitment.

It’s quite possible that you’ll encounter a financial emergency or another event that requires that you have access to cash quickly.

If you put too much money into the CD, you could leave yourself without an easy way to respond to your financial needs.

A 2-year CD serves to bridge the gap between CDs with truly short terms and longer-term CDs.

If you aren’t ready for the full commitment of a 5-year CD, a 2-year CD is a good compromise.

Interest rates are always changing based on a variety of economic factors that are out of your control.

When you open a CD, you lock in the interest rate, for good or for ill.

If the interest rate market drops, you do well, earning more interest than people who are opening new CDs.

If rates go up, then you lose out as your CD keeps earning the same low rate.

Compared to much longer CD terms, two years is much less time for rates to change, so you bear much less interest rate risk.

The longer the term of a CD, the higher its rate will be.

This compensates for the increased interest rate risk and increased commitment that you’re making by locking your money away for so long.

Thus, a 2-year CD will pay less interest than a 5-year CD.

Whenever you make a withdrawal from a CD before it has matured, you can expect to pay an early withdrawal penalty.

Typically, this penalty is equal to an amount of interest that you’ve earned or would have earned, with the size of the penalty increasing with the term of the CD.

Depending on the bank, a 2-year term CD will typically charge an early withdrawal penalty between 180 and 360 days worth of interest.

You can lose money by opening a CD if you make your withdrawal very quickly. If the penalty would exceed the amount of interest that you’ve earned, you’ll pay the remainder out of principal.

The penalty can be waived. It usually is if you make your withdrawal within a week of the opening the account.

It can also be waived under extreme circumstances, such as the death of the CD’s owner.

When Does it Make Sense to Open a 2-Year CD?

Opening a 2-year CD is a good idea in a few scenarios.

One is if you’re looking to start a CD ladder. A 2-year CD can be one of the rungs of the ladder, giving you a chance to earn some additional interest.

If you have a long-term goal that you expect to accomplish in 2 years, a 2 year CD can be a great way to set aside initial savings for the goal and to ensure that you don’t touch the money in the meantime.

Also, when you're starting to build a CD ladder to maximize CD interest earnings, a 2-year CD could be part of your initial setup.

When a CD matures, you have the chance to withdraw your money from it.

If you don’t, the majority of banks will be used to open a new CD with the same term, at current interest rates.

If you don’t want your 2-year CD to roll into a new CD when it matures, contact your bank to schedule a withdrawal.

One important thing to know about CDs is that they are FDIC insured, just like savings and checking accounts.

That means that your money will be protected, so long as you don’t exceed $250,000 per depositor, per account type at the bank.

If you deposit close to $250,000 to your CD, your interest earnings could drive your total balance of $250,000, at which point the excess will not be covered. If this happens and the bank fails, you could forfeit some of your earned interest.

While this is exceedingly rare, if you’re at that level of assets, consider splitting your money between CDs at multiple banks to ensure that all of your money is protected by the FDIC.