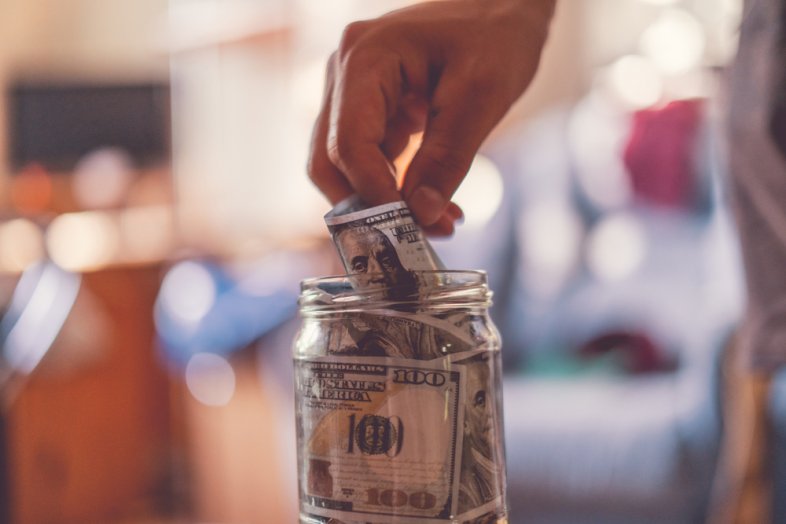 You have some extra cash that you want to set aside for a specific reason, but you won’t actually need to spend the money for a few years. What’s the best thing to do with the money?

Certificates of deposit (CDs) were designed for this specific purpose. With a CD, you can deposit your money to an account for a set period of time.

In exchange for a promise not to withdraw from the account during that period of time, you’ll earn an elevated rate of interest.

If you want to save money in a secure way for a purchase that’s four years down the road, a 4-year CD is a great way to do it.

To help you get the best return on your money, we surveyed more than 6,000 banks in the U.S. to identify the best 4-year CD rates available.

The best CD rates tend to come from lesser-known banks, and this holds true with 4-year CDs.

Many of the banks on this list are online banks, so you can open an account regardless of where you live.

All you need is a Social Security Number and a U.S. mailing address.

Where to Find the Best 4-Year CD Rates

When you’re looking to open a CD, you’ll notice that most banks offer multiple CDs, each with its own term and interest rate.

Physical banks have higher overhead costs, which means they aren’t able to pay the same interest rates as online banks. When they do have high rates they are often part of promotions and only apply to short-term CDs.

Another potential benefit of CDs is that your interest rate is locked in once you open the account.

If interest rates go down, savings accounts will start to pay less interest while your money will continue to earn the same rate.

One of the downsides of CDs is that your money is locked in to the account for 4 years, but this can actually be a benefit.

If you make a withdrawal during that 4-year period, you’ll have to pay an early withdrawal penalty. That can be a good incentive to keep your money in the account.

Not designed for easy withdrawal

As we just discussed, making a withdrawal from a CD before it matures will result in an early withdrawal penalty. This is an important consideration when you’re considering a 4-year CD.

Tying up your money for 4 years is a huge commitment.

During those 4 years, it’s quite possible that you’ll have a financial emergency or other situation where you need quick access to your money. If you put too much money in the CD, you could be left without an easy way to respond to your financial needs.

If you’re already thinking about opening a CD, going for a longer term, such as a 4-year CD rather than a 1-year CD gives you the advantage of guaranteeing your interest rate for a longer period of time.

The downside of guaranteeing your interest rate is that you could be missing out if interest rates rise while your money is in the CD.

As savings accounts and new CDs start to pay higher rates, the rate paid on your CD will remain the same.

To improve the rate that you’re earning, you’d need to withdraw your money, paying the early withdrawal penalty, and open a new CD.

Longer-term CDs, by their nature, are less flexible. You get fewer chances to make withdrawals and the penalties for early withdrawals are higher.

With a 1-year CD, you get the option not to renew the CD annually.

With a 4-year CD, you’re making a much longer commitment.

If you make a withdrawal from a CD before it has matured, you’ll have to pay an early withdrawal penalty.

At most banks, the penalty is equal to an amount of interest that you’ve earned or would have earned, with longer-term CDs carrying larger penalties.

These penalties make it possible to lost money by opening a CD. If you make a withdrawal from the CD very soon after opening it, the size of the penalty could exceed the amount of interest you’ve earned. In that case, you’ll pay the rest of the penalty out of principal.

In some cases, the bank will waive this penalty. One common reason for a bank to waive the fee is if you make the withdrawal very quickly (within a few days) after opening the account.

The fee can also be waived in extreme circumstances, such as the death of the CD’s owner.

When Does it Make Sense to Open a 4-Year CD?

There are a few situations where opening a 4-year CD is a good idea.

One good reason to open a 4-year CD is when you’re building a CD ladder. A 4-year CD can be one of the top rungs of the ladder, helping you earn some additional interest.

If you have a goal that you’re planning to accomplish in about 4 years, a 4-year CD is also a great way to save if you have some cash to set aside today. You won’t be able to add to the account, but it also helps make sure that you don’t spend the money on something other than its intended purpose.

Some goals that could benefit from you opening a 4-year CD are:

Four years from the date that you open your 4-year CD, the CD will mature. This is your chance to make a withdrawal from the account.

If you do want to make a withdrawal you should take the opportunity. If you don’t do anything when your CD matures, most banks will roll the money into a new CD with the same term, using current interest rates.

With a 4-year CD, allowing your CD to renew can be a major problem if you had intended to make a withdrawal.

If you don’t make a withdrawal, you’ll be left with two options:

Thankfully, banks do their best to make it easy for you to make a withdrawal if you want to.

Most banks will inform you a few weeks before your CD matures, giving you time to think about what you want to do.

There’s also a grace period, usually 5-10 days, that starts on your CD’s maturity date. Any withdrawal during this grace period will be fee-free.

When it comes to your money, you want to know that it is safe.

One important thing to keep in mind about CDs is that they are insured by the FDIC, just like savings and checking accounts.

What that means is that your account will be insured for up to $250,000. If it’s a joint account with someone else, you’ll have $500,000 in protection. In the event that the bank goes under or is unable to return your money, the FDIC will reimburse you for the amount lost, up to the limit.

If you’re fortunate enough to be depositing close to $250,000 to a CD, don’t forget that your interest earnings could drive the balance of the account over $250,000. If that happens, the amount in excess of $250,000 won’t be covered and you could lose some of the earned interest if the bank fails.

This type of scenario is extremelyy rare but it’s worth knowing. If you have enough money that you are concerned about that possibility don’t forget that FDIC limits apply per depositor, per account type, per bank.

If you split your funds between two banks, you’ll be covered up to the full limit at both banks, effectively doubling the amount of insurance that you receive.