Find out which credit unions offer the best certificate of deposit (CD) rates for locking away your money -- compared to the top CD rates from online banks. 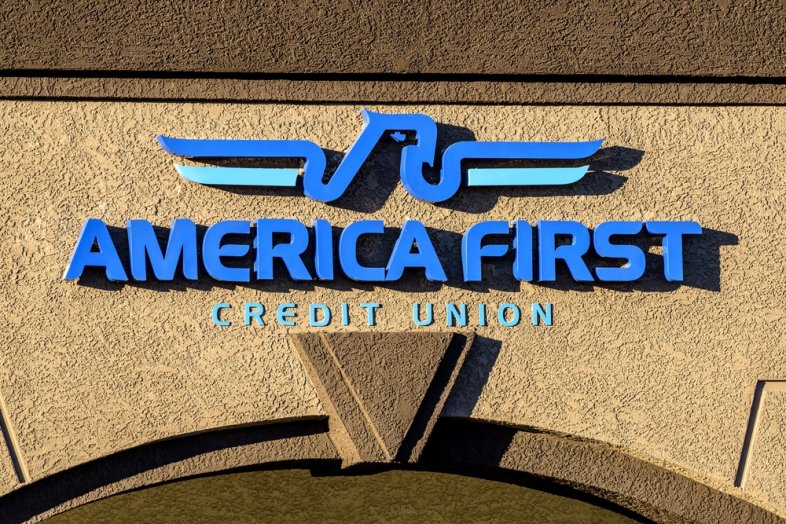 Using a certificate of deposit (CD) is one of the best ways to save for the short or medium-term future.

They offer security and guaranteed interest rates, making them ideal for goals like saving for a down payment on a house or buying a car.

If you’re thinking about opening a CD and want to work with a credit union, find out which credit unions offer the best CD rates and compare them to the best bank CD rates.

A CD is a special type of bank account that offers a higher interest rate than a typical savings account.

In exchange for the higher rate, you make a promise not to withdraw your money from the account until a certain amount of time has passed. The longer you commit to keeping your money in the account, the higher the interest rate you will receive.

If you’re looking for a great CD rate, you can find good deals at credit unions. Some credit unions can even compete with online bank interest rates.

Credit union CDs have both advantages when compared to the CDs offered by banks.

One thing to keep in mind when you’re trying to open an account at a credit union is that credit unions, by law, are only open to people who meet their membership requirements.

Some are incredibly restrictive while others are open to almost anyone.

One example of a restrictive membership base is the Harvard University Employees Credit Union. You cannot open an account unless you are affiliated with Harvard University or one of its partners and affiliated organizations, such as the Dana Farber Cancer Institute or Massachusetts General Hospital.

For an example of a less restrictive credit union, you can look at Alliant Credit Union. You can join if you or an immediate family member works for or retired from one of Alliant’s partner businesses. You can also join if you live near its offices in Chicago. Even if you don’t meet those requirements, you can become eligible by making a donation to Foster Care to Success. That means that anyone can join if they want to.

With most credit unions, once you’re a member, you can keep your accounts open even if you stop meeting the requirements to be eligible.

To continue with the example of the Harvard University Employees Credit Union, the credit union’s website states “membership is good for life, even when you graduate, move, or change employers.”

What to Look for in a Credit Union CD

When you’re looking to open a CD at a credit union or a bank, there are a few factors that you should compare before opening the account.

The number one reason to open a CD is for the interest that you’ll earn. CDs are a great way to keep your money safe while it works for you, letting your savings grow over time.

In general, credit union CDs offer more interest than your typical bank’s CD, but that doesn’t mean that there isn’t variance between different credit unions.

Another thing that impacts the rate of a CD is the CD’s term. The longer the term, the higher the rate.

When you want to open a CD, compare the rates offered by multiple credit unions. In the majority of cases, you’ll want to choose the CD with the best rate, unless fees or other factors make it less desirable.

When you open a CD, you have to make a commitment to keep your money in the account for a period of time. This is known as the CDs term.

Typical CD terms include 6, 12, 24, 36, and 60 months, though some banks and credit unions offer longer or shorter terms, as well as terms that fall in between those amounts.

The term of a CD affects multiple aspects of the account.

Most obviously, the term will impact the interest rate. Longer terms tend to result in higher interest rates to compensate for the increased commitment that you’re making.

The term also affects the risk of opening a CD. While CDs are very safe, they are prone to interest rate risk – the risk that rates will change while your CD is open.

When you open your CD, the interest rate that you’ll receive is set in stone for the life of the CD. This can be a good thing.

If rates go down, your money will continue to earn the same, higher rate.

If rates rise, your money will be stuck earning a lower interest rate while new CDs or even savings accounts pay higher rates. This makes longer-term CDs potentially risky as you can lose out if rates rise.

Finally, the term of a CD will impact the size of the early withdrawal penalty. Longer terms usually result in higher penalties.

When you open a CD, you promise to keep your money in the account for the CD’s whole term.

If you don’t, you’ll have to pay a penalty. Different credit unions charge different penalties, so look for CDs that charge lower penalties.

Some credit unions offer other perks on their CDs that can make them more attractive than the competition.

For example, some credit unions might offer bump-up CDs, which give you the option to raise your CD’s rate a set number of times during its term. This can help you minimize the interest rate risk of opening the account. Others offer no-penalty CDs, which don’t charge an early withdrawal penalty.

Another possible perk is the option to make additional deposits to your CD.

Usually, you cannot make withdrawals or deposits during the life of a CD, so this option gives you the chance to earn even more interest when you have extra cash to spare.

One of the things that makes CDs so appealing is their safety.

Like savings and checking accounts, CDs are insured by the Federal Deposit Insurance Corporation. The FDIC offers insurance on up to $250,000 per account type, per depositor, at covered banks.

What that means is that you can deposit up to $250,000 to a CD at a covered bank ($500,000 if you hold the account jointly with someone else), and not have to worry about losing your deposit. If the bank goes bankrupt or is unable to return your money, the FDIC will step in and reimburse you for the amount that you lost.

The FDIC is backed by the full faith and credit of the US government, making its insurance as safe as safe can be.

The interest that you earn can drive your CD’s balance over the $250,000 limit.

If you’re depositing enough money that this is an issue, consider opening smaller CDs at two different banks. This will keep all of your money insured

Watch Out for Early Withdrawal Penalties

Early withdrawals are a fact of life when it comes to Certificates of Deposit.

Typically, early withdrawal penalties are calculated using the amount of interest that you earn in a day.

For example, if you make an early withdrawal from a CD with a one-year term, you might have to pay 180 days’ interest as the penalty.

This penalty is the only way that you can lose money by opening a CD. If you make a withdrawal before you’ve earned enough interest to cover the fee, you’ll have to pay the remainder out of principal.

Before opening any CD, make sure that you can commit to keeping your money in the account for its full term.

Don’t lock away your emergency fund because you’ll pay the price if you have to access it.