BMO Harris CD Rates Review: Should You Open One?

Learn about the interest rates and early withdrawal penalties on the certificates of deposit (CDs) from BMO Harris Bank -- especially its special CD rates.

By Thomas (TJ) Porter
(3 out of 5) MyBankTracker Editor's Rating 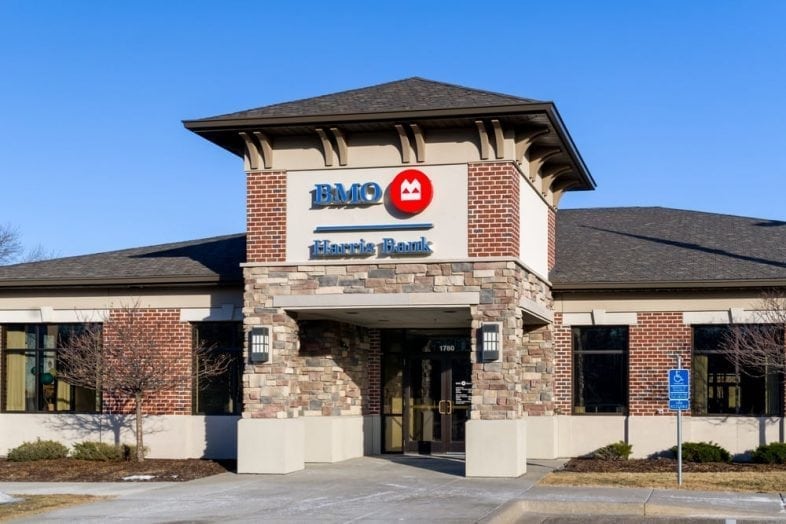 You don't want to leave your money sitting around doing nothing -- when it could be growing.

A certificate of deposit (CD) is what you might use to boost your savings and BMO Harris offers CDs that you might consider.

Generally, brick and mortar banks such as BMO Harris do not provide stellar interest rates.

But, BMO Harris does offer some highly competitive rates -- if you are able to deposit a (rather) large balance.

In this BMO Harris CD Account review we'll compare rates, fees and services to other national and online banks.

Learn what you need to do to earn the highest CD rates from BMO Harris and the potential early withdrawal penalties.

Then, compare it to some of the top options from other banks.

This increased interest is the top reason you’d have for opening a CD, so if you’re comparing CDs from different banks, the first thing you should look at is their interest rates.

BMO Harris is a brick and mortar bank, which means that it operates a network of ATMs and physical branches. These physical locations are expensive to run.

The bank has to pay for staff, rent, upkeep, utilities, and more.

BMO Harris offers mediocre rates on most of its CDs.

However, it does have special offers that break the mold, offering interest rates that are competitive even with the rates offered by online banks.

When you have a balance of $5,000 or more, you'll earn very high CD rates on the following terms:

This makes it a great choice for people who want the best rate available, but who like being able to speak to a person face-to-face when they have questions.

Many banks will change the interest rate on a CD based on its balance.

Outside its promotional offers, BMO Harris doesn’t do this.

You’ll get the same rate regardless of the amount that you deposit, so long as you meet the $1,000 minimum.

CDs are like savings accounts in that they are intended for long-term storage of extra cash.

Still, there’s a key difference you need to keep in mind.

When you open a CD, you agree to leave your money in the account for a set period of time. This is known as the CD’s term. You promise not to withdraw money from your CD until the CD’s term ends.

BMO Harris offers terms ranging from 3 months to 5 years, making it easy to customize the term of your CD.

If you want to try a more advanced CD strategy, such as CD laddering, having the variety of options available makes it much easier.

It can be tempting to open a CD with a longer term to earn a higher interest rate. If you cannot truly commit to leaving your money in the account, resist this temptation.

If you withdraw money from your CD before its term ends, you’ll have to pay an early withdrawal fee to compensate the bank for your unexpected withdrawal.

BMO Harris charges its early withdrawal fee based on the CD’s original term. The fee is calculated using the amount of interest you earn in a day.

Keep in mind that early withdrawal penalties are the only way that you can lose money by opening a CD.

For example, if you open a 9-month CD and then withdraw your money after 2 months, you will have earned 60 days of interest.

Your fee will be 90 days’ interest.

You’ll forfeit all of the interest you earned and have to pay the remainder of the fee out of the principal.

Many banks won’t let you open a CD unless you can make a sizable opening deposit.

Banks use the money that you deposit to your CD to offer loans and other services to other customers. The bank wants to make sure that the amount you deposit is actually enough to be useful for these other activities.

Minimum deposit requirements prevent a lot of people from being able to open a CD. If someone can’t get enough money together, they’ll have to open a savings account instead. That means they’ll earn less interest.

BMO Harris’ standard CDs have a minimum deposit of $1,000.

BMO Harris’ special CDs which have much higher rates require a $5,000 minimum deposit.

BMO Harris offers both traditional and Roth IRA CDs, making the bank a good place to save for retirement.

This means you’ll owe less or get a larger refund when Tax Day rolls around.

In exchange, you pay income tax when you withdraw from your IRA.

CDs give savers safe, predictable returns. That makes them popular among people who are nearing retirement.

This is your chance to make changes to the CD or to withdraw money without paying an early withdrawal fee.

BMO Harris gives you a ten-day grace period from the maturity date of your CD. You can make changes during this period fee-free.

If this period ends and you make no changes, your CD’s balance will be rolled into a new CD with the same term. The new CD’s rate will be based on the current market rate.

BMO Harris’ standard CDs aren’t anything special when compared to the CDs that other brick and mortar banks offer.

If you can’t make a deposit that large, you should consider an online bank to get a good rate.

BMO Harris’ CDs are nothing exciting unless you can qualify for one of the bank’s special CD offerings.

If you need to open a CD and want a great rate with a low minimum deposit, consider an online bank.

They tend to have low fees, high interest rates, and reasonable minimum deposit requirements, making them a great choice for most savers.