Find out whether the interest rates are good on the certificates of deposit (CDs) from M&amp;T Bank and compare its early withdrawal penalties to online bank CDs. 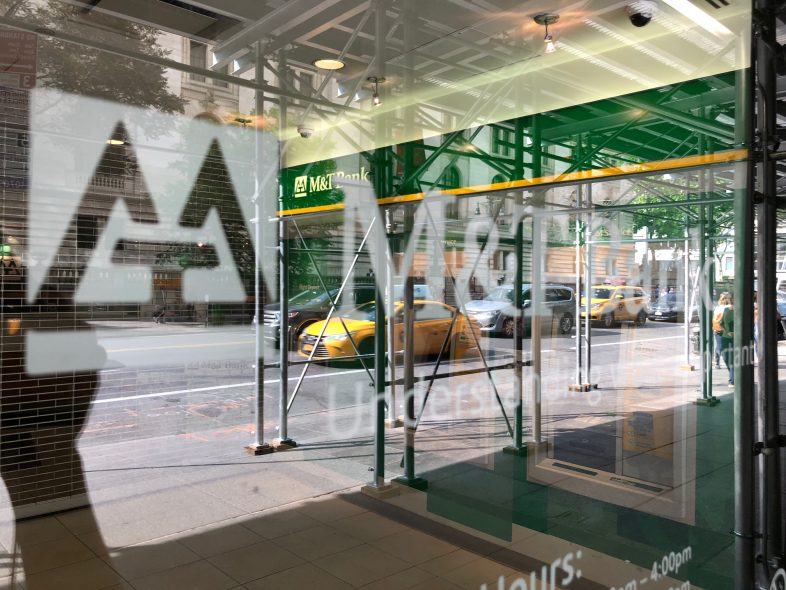 Putting your money to better use is a commendable idea -- including your decision to put it in a certificate of deposit (CD).

While you're looking for the best place to open a CD, M&T Bank might be on your radar -- probably because it has a major presence on the East coast.

It operates a network of 780 bank branches in the Mid-Atlantic, ranging from Connecticut to Virginia.

If you’re considering opening a new CD, find out what you need to know about M&T Bank’s CDs before investing in one.

In this M&T Bank CD Account review, we'll compare rates, fees and services to other national and online banks.

CDs are able to pay far more interest than other types of bank account, including checking, savings, and money market accounts.

The primary reason you’d want to open a CD is its elevated interest rate, so rates are the first thing you should look at when comparing two CDs from different banks.

M&T Bank is a brick and mortar bank.

These types of banks are ideal for people who want to be able to visit a branch and speak to a real person when they do their banking.

However, brick and mortar banks are far more expensive to run than online banks. That’s why online banks tend to offer the best interest rates.

They pass the savings of not operating physical locations on to their customers.

M&T Bank breaks the mold by offering rates that are competitive even when compared to online banks’ CDs.

However, keep in mind that M&T Bank’s best rates come on promo CDs.

These promotional rates are much higher than the rates that the bank would usually offer.

They’re great to take advantage of when you can, but you can’t expect to get a similar rate if you open a second CD at the bank.

No rate tiers to worry about

M&T Bank does not offer different interest rates based on the amount of money that you deposit.

This is good news for people who aren’t able to put much money in their CD.

The term of your CD will be the main thing that impacts the interest rate. Long-term CDs have higher rates than short-term CDs.

CDs, much like savings accounts, are intended to be used for long-term storage of extra cash.

However, there is one key difference between CDs and savings accounts that you need to keep in mind.

When you open a CD, you’re making a commitment to the bank to leave your money in the account for a set period of time.

M&T Bank offers a variety of terms for its CDs, including:

You can customize the term of your CD, at M&T Bank, but many banks offer even more flexibility. You’ll have to decide if the options available at M&T Bank are sufficient for you.

It might be tempting to open a long-term CD to get the higher rate, even if you cannot commit to the full term.

You should be aware that you will be penalized if you make a withdrawal before your CD’s term ends. The penalty compensates the bank for your broken commitment.

The penalty charged for early withdrawals is calculated using the amount of interest you earn in a day.

The size of the penalty is based on the CD’s original term.

Remember that the penalty is based on the CD’s original term, not the amount of time left until the CD matures.

That means you could wind up paying more than you expect if you have a long-term CD that you withdraw from near its maturity date.

Always wait until your CD’s term ends if you can.

For example, if you open a 6-month CD and make an early withdrawal 45 days later, you’ll be charged $25, plus 91 days’ interest.

This is the only way you can lose money by opening a CD.

Many banks require that you make a sizable initial deposit to open a CD.

Banks want to make sure that the amount of money you deposit is worth the effort they put in to manage the account, so they won’t let you open an account with only a small amount.

Unfortunately, these requirements leave many consumers unable to open CDs.

Instead, they have to use savings accounts, which offer less interest.

M&T Bank’s minimum deposit requirement is a reasonable $1,000. That is somewhat lower than the norm for brick and mortar banks.

If you want to deposit more, recall that CDs are insured by the Federal Deposit Insurance Corporation, but that the insurance has limits.

Traditional IRAs offer upfront tax savings. You can deduct the amount you contribute to a traditional IRA from your income when you file your taxes.

That means you’ll pay less income tax in the year that you make contributions. In exchange, you pay income tax on money you withdraw from a traditional IRA.

You are taxed on the money that you deposit to a Roth IRA. The benefit comes when you make withdrawals from the account. All the money you withdraw, both principal and earnings, is tax-free.

CDs are a popular choice for people who want to save for retirement, especially those who are close to retirement. Their safe, steady returns make it easy to predict how much you’ll have in the account.

This is your opportunity to make changes without paying early withdrawal fees.

At M&T Bank, you have 10-day from your CD’s maturity date to make changes.

This is the grace period of your CD. Once the grace period ends, your balance will be rolled into a new CD with the same term. Because the rates M&T advertises are promotional rates, your new CD will likely have a lower rate than your original CD did.

Keep track of your CDs’ maturity dates that way you can make any changes you need to.

Compare to Other CD Options

M&T Bank’s CDs stack up well when compared to other brick and mortar banks’ offerings.

The promotional interest rates are comparable to even online banks’ CD rates and the $1,000 minimum deposit is quite reasonable.

Still, you should take the time to look at all the options available to you.

M&T Bank’s CDs are a good choice for people who want a way to keep their money safe while earning some interest.

Just be ready to move to a new bank when your CD matures, as the high promotional rates likely won’t apply to renewed CDs.