Regions Bank CD Rates 2022 Review: Should You Invest Your Money?

Compare the certificate of deposit (CD) rates offered by Regions Bank -- and its early withdrawal penalties -- to CDs from other banks. 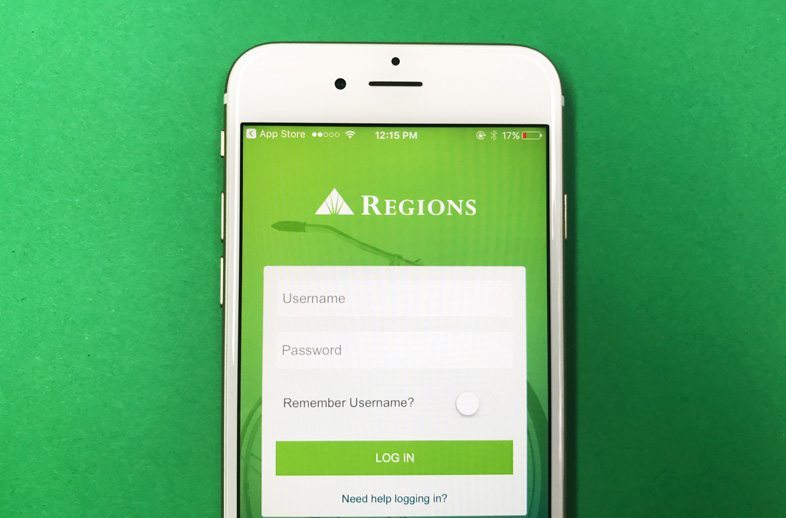 Regions Bank, headquartered in Birmingham, Alabama, is a regional bank that focuses on the Southern and Midwestern United States. It operates a network of more than 1,900 ATMs and 1,500 branches across fifteen states.

One of the many deposit accounts that Regions Bank offers is its certificates of deposit (CDs).

A CD is a special type of bank account that consumers can use to keep their money safe while earning interest on the money that they deposit. CDs function like savings accounts in that sense but have one significant difference.

When you deposit money to a CD, you must commit to keeping the money in the account for a set amount of time.

This commitment helps the bank predict the amount of money it has to keep on hand to handle requests for withdrawals from customers.

In exchange, CD holders get a higher interest rate.

If you’re in the market to open a new CD, learn everything you need to know about the Regions Bank CD.

Rates Are Not Great

CDs tend to offer far higher interest rates than other types of deposit accounts, such as checking, savings, or money market account.

The higher rate is the main draw of opening a CD, so when you’re shopping around, you should always start by looking at the rates offered by the CDs you’re comparing.

Regions Bank is a traditional brick and mortar bank. This is good news for people who like having a bank to visit and who like being able to speak to someone face-to-face when they need help.

Unfortunately, brick and mortar banks are expensive to run.

For that reason, brick and mortar banks tend to offer low interest rates when compared to their online counterparts.

Online banks are much cheaper to run and pass the savings on to their customers in the form of low fees and high interest rates.

Regions Bank’s CD rates are particularly poor, even when compared to other brick and mortar bank’s CD offerings.

You can find a better interest rate from a different bank without putting in too much effort.

Regions Bank does offer one way to earn a better rate on your deposit.

When you first open a CD account at the bank, you’ll have the opportunity to sign up for one of the bank’s promotional CDs.

To be eligible to open a promotional CD, you must make a minimum deposit of $10,000, 20 times the normal minimum.

The usual minimum deposit for Regions Bank’s CDs is $500.

If you can make the $10,000 minimum deposit, you’ll get a better rate than you can find at even many online banks.

Still, that’s a big commitment to make and not one that many people can afford.

Plus, if you let your CD’s balance roll over when the CD matures, your new CD will have the much lower rate.

They’re a good place to keep your extra money if you don’t expect to need it in the near future. They also offer interest on the money you deposit.

Still, you have to remember the major difference between the two accounts.

When you open a CD, you make a commitment to the bank. You promise not to withdraw money from the account until a set period of time has passed. This period of time is known as the CD’s term.

Regions Bank offers a wide variety of terms for its CDs.

You can choose almost any term between 0 and 72 months.

The only difference is that CDs with terms less than 90 days have a higher minimum deposit.

The ability to choose nearly any term is a huge benefit. It makes it very easy to choose exactly the right term so that your money will be available right when you need it.

When you open your CD, you might be tempted to commit for the full 72 months so that you can earn the highest rate possible.

If you withdraw money from your CD before its term ends, you’ll pay a penalty fee. This fee compensates the bank for you breaking your agreement.

Regions Bank bases the penalty that you pay on the original term of your CD. The amount you have to pay is calculated using the interest you earn in a single day.

Early withdrawal penalties are the only way to lose money you’ve deposited to a CD.

If the penalty is larger than the amount of interest you’ve earned, you’ll forfeit all earn interest and pay the rest of the fee out of principal.

Many banks will not let you open a CD unless you can deposit at least a certain amount of money.

Banks use customers’ deposits to offer loans and other services to other customers.

For those reasons, banks want to make sure that you can deposit enough to make managing the CD worth the cost.

The problem with minimum deposit requirements is that they lock a lot of people out of opening CDs at all. Instead, they have to settle for savings accounts that pay less interest.

To qualify for a promotional CD, you’ll have to make a massive $10,000 minimum deposit.

If your balance exceeds that amount, any amount over $250,000 will be uninsured.

Individual Retirement Accounts (IRAs) are special accounts that give tax benefits to people that save for retirement.

Regions Banks allows you to open CDs in both Roth and traditional IRAs, giving you a good way to save for retirement.

When you contribute money to a traditional IRA, you can subtract the amount that you put in your IRA from your income when you file your tax return. That means you’ll pay less tax or receive a larger refund.

You pay tax as usual when you contribute to the account. However, once the money is in the account, you’ll never pay taxes on it, or any of its earnings, again. That means your future tax bills will be lower.

CDs are popular with people nearing retirement thanks to their predictability and safety.

This is your opportunity to make a withdrawal or change to the CD without paying any early withdrawal fees.

Regions Bank offers a 10-day grace period from the date that your CD matures. Any changes made during this ten-day period will not incur a fee.

On the eleventh day, your balance will be rolled into a new CD with the same term as the old one.

From that point, you’ll have to pay a fee if you want to make a withdrawal or other change.

Unless you can make the massive $10,000 minimum deposit to open a promotional CD, you’d be better off with a different bank.

The biggest draw of Regions Bank’s CDs is the flexibility you have when choosing terms, but the low rates mean that you’re better off at most other banks.

If you’re looking for a good CD that pays a good interest rate, consider looking into online banks’ CD offerings.