As you chase the highest rates on certificates of deposit (CD) to grow your hard-earned money, find out whether State Farm Bank CDs offer those rates.

By Thomas (TJ) Porter
(3 out of 5) MyBankTracker Editor's Rating 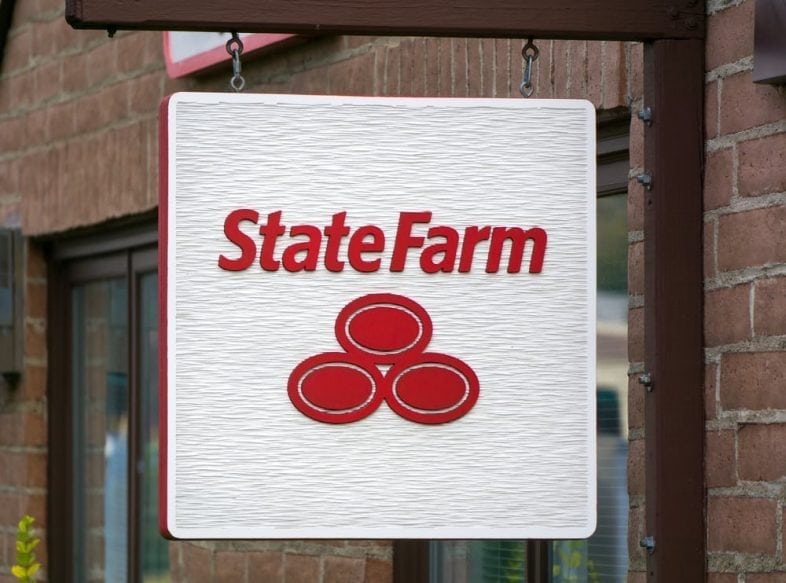 You want your money to work for you.

When it isn't needed for some time, the decision to open a certificate of deposit (CD) is a good one.

As you look for a CD to stash your cash, State Farm Bank is one option to consider.

Yes, State Farm does have a bank (an online banking division, to be specific), even though it is best known as an insurance company.

Some of the CD rates offered by State Farm Bank are highly competitive.

And, if you're making the commitment to keep your money locked in for an extended period of time, you want to ensure that you're earning a market-leading interest rate.

Before you open a State Farm Bank CD, in this review learn about its rates, early withdrawal penalties, and renewal policies.

Then, compare it to other options to find the best CD for your money.

A CD is a special type of bank account that pays more interest than other bank accounts, such as checking, savings, or money market accounts.

This higher rate of interest is the main reason you’d want to open a CD over a savings account, so the interest rate is the first thing you should look at when you’re looking to open a new CD.

State Farm Bank doesn’t have any dedicated branches, which makes it much like an online bank.

Online banks have a leg up on their competition.

They don’t have to pay for the expenses related to operating branches or ATMs.

This means they can give more of their money back to their customers in the form of interest.

The bank’s short-term CDs have poor rates that are on par with the rates offered by traditional banks.

The longer-term CDs have rates that are more similar to the rates offered by online banks.

One nice thing to note is that State Farm Bank’s CD interest rates are not affected by the amount of money you deposit.

Many banks will only offer the highest interest rate to customers who can make large deposits to their CDs.

CDs are intended to be used for long-term storage of extra money.

Unlike savings accounts, which make it relatively easy to make withdrawals and transfers, CDs intentionally make it difficult to move your money out of the account.

That’s because when you open a CD, you make a commitment to not withdraw any of the money you’ve deposited until a specific amount of time has passed.

The amount of time you choose is known as the CD’s term.

It might be tempting to open a long-term CD to get the higher rate, even if you cannot commit to the full term.

You should be aware that you will be penalized if you make a withdrawal before your CD’s term ends. The penalty compensates the bank for your broken commitment.

The penalty charged for early withdrawals is calculated using the amount of interest you earn in a day. The size of the penalty is based on the CD’s original term.

The penalty is based on the CD’s original term, not the amount of time left until the CD matures.

That means you could wind up paying more than you expect if you have a long-term CD that you withdraw from near its maturity date.

Always wait until your CD’s term ends if you can.

For example, if you open a 24-month CD and make an early withdrawal 180 days later, you’ll be charged a full years’ worth of interest.

Many banks won’t let you open a CD unless you can make a sizable initial deposit.

CDs can be more difficult and expensive for a bank to manage when compared to checking or savings accounts. That means they want to be certain that allowing you to open a CD will be worth the effort.

These large minimum deposit requirements leave many people unable to open a CD. Instead, they have to settle for savings accounts that pay less interest.

State Farm Bank requires a minimum deposit of $500 to open a CD.

This is relatively low when compared to brick and mortar banks, but some online banks have even lower minimums.

Keep in mind that CDs are insured by the Federal Deposit Insurance Corporation, but that the insurance has coverage limits.

Individual Retirement Accounts (IRAs) give you tax benefits if you use them to save for retirement.

Traditional IRAs offer an immediate tax savings. You can deduct the amount of money that you contribute to a traditional IRA from your income when you file your tax return. That means you pay less tax in the year in which you make contributions.

When you make withdrawals from a traditional IRA, you pay income tax on the amount withdrawn.

Roth IRAs offer the reverse benefit. When you make a contribution to a Roth IRA, you still have to pay tax on the money you contributed. However, when you withdraw the money you won’t pay any taxes on the withdrawals, including any interest or earnings you withdraw.

CDs are popular with people who are saving for retirement, especially those near retirement, because of their safe, steady returns.

You can contribute a maximum of $6,000 to IRAs in 2019, with that limit being shared between Traditional and Roth IRAs.

What Happens at Maturity?

When a CD’s term ends, the CD is said to have matured. When a CD matures, you can make changes to it without paying early withdrawal fees.

Opening a CD is a long-term commitment.

You’re committing to every aspect of the CD: its rate, term, and the amount you deposit. You can add more money or change its rate later on.

If you don’t make changes when your CD matures, State Farm Bank will roll it into a new CD with the same term. The new rate will be based on the market rate for CDs of that term.

State Farm Bank’s short-term CDs are similar to those offered by brick and mortar banks.

Their main benefit is the low minimum deposit, but online banks have similar or lower minimum with higher rates. The bank’s long-term CDs are more on par with the CDs offered by online banks.

If you’re looking for a one-stop shop for all your CD needs, consider working with an online bank.