Learn more about certificates of deposit (CDs) from U.S. Bank. Find out how the interest rates and fees compare to CDs offered by online banks. 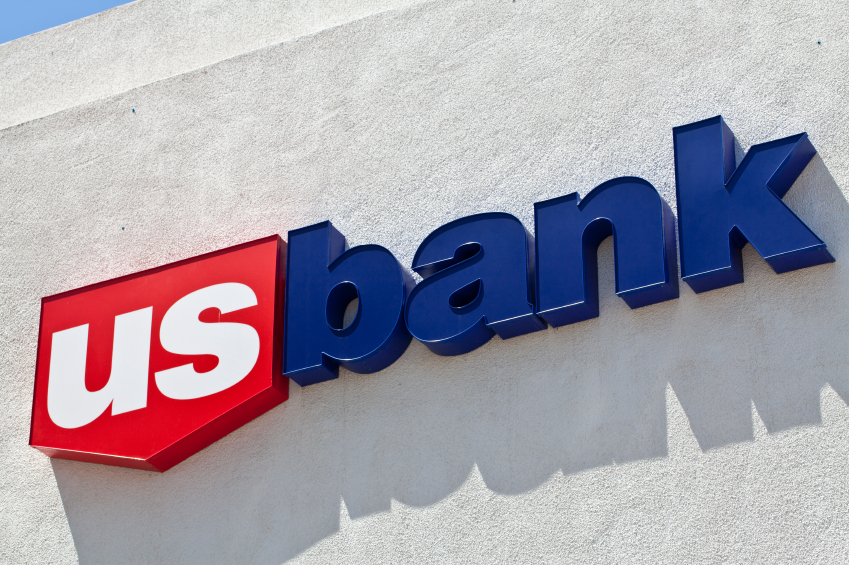 If you've set a savings goal, where you decide to keep your money matters.

Savings accounts and certificates of deposits are two options for earning interest on what you save.

A CD, on the other hand, might be a better fit if you're saving for the long-term. CDs can offer better rates than savings accounts.

The tradeoff is that you have generally have to wait until your CD matures to withdraw money.

If you're thinking that a CD sounds like the way to go, the next thing you have to decide is which bank to open an account with.

You've got two basic choices: a traditional brick-and-mortar bank or an online bank.

U.S. Bank is a traditional bank that offers CDs, along with other banking products like checking and savings accounts.

If you're in the market for a new CD, in this review learn whether U.S. Bank is worth considering.

U.S. Bank CDs are interest-bearing. Each CD has an interest rate and a corresponding annual percentage yield or APY.

Altogether, there are four categories of CDs you can choose from.

This is the amount of time you agree to leave your money in the CD, before you can withdraw it or roll it over into a new CD. The amount of interest you earn on your savings depends on which term you choose.

Step Up CDs have a 28-month term and the rates increase incrementally over time.

Every seven months, you'll get a slight bump in your rate. The Trade-Up CD works a little differently.

With these CDs, you choose a 30- or 60-month term. You start with one initial rate at the beginning of your term.

If rates increase at any point during your CD term, you can trade up one time and lock in a higher rate.

With these CDs, Step Up CDs and Special CDs, the APY is tiered, based on the term length.

Unlike other banks, U.S. Bank doesn't determine your rates based on how much you save.

You can deposit the minimum or the maximum allowed in your CD but the APY is always tied to the term.

The longer the term, the higher the APY.

So, how does U.S. Bank compare to other banks as far as the CD rates go?

Compared to traditional banks, the rates are similar to what you could get elsewhere.

If you compare U.S. Bank to an online bank, on the other hand, the difference is more obvious.

Online banks by nature have lower overhead costs because there are typically no branches to maintain.

Because their costs are lower, online banks may be able to give savers better rates on CDs or savings accounts.

Further down, you can see how U.S. Bank CDs compare to CDs from three popular online banks.

Tip: Compare the extra savings you'd get with online banks with a CD calculator.

When Can You Make a CD Withdrawal?

Generally, when you open a CD, you're agreeing to keep your savings in the CD for the full length of the term.

If you withdraw any part of your initial deposit before then, your bank may charge an early withdrawal penalty.

At many banks, the penalty is assessed as a percentage of the interest you've earned so far. U.S. Bank does it a little differently.

The bank charges either a flat fee and some of the interest you would have earned, or a set percentage of the withdrawal amount, whichever is greater.

Depending on the APY your CD is earning, your initial deposit and how much you take out, the penalty can get expensive.

For that reason, you should stick with using CDs to save money that you don't think you'll need right away.

For example, a CD might be right if you're saving money to buy a home in the next few years but an online savings account would be more appropriate for stashing your emergency fund.

Some banks don't require a specific amount of money to open a CD. U.S.

Bank, however, expects you to bring some cash to the table to get your CD started. The amount you'll need depends on which CD you're opening.

U.S. Bank doesn't offer an add-on CD. With these CDs, you can open your CD initially, then add more money to it over the life of the term. You can, however, create a CD ladder if you want to have CDs with different savings amounts.

A CD ladder can be a good way to save if you want to maximize your earnings and have access to your money on a rolling basis.

The way it works is simple. You open multiple CDs with terms of varying lengths.

If you structure it correctly, you should have a CD maturing periodically every few months or so. Once a CD matures, you can either renew it for a new term or withdraw your savings if you need to.

Using CDs to Save for Retirement

If you have yet to start planning for retirement, it's something you may want to think about sooner rather than later.

An individual retirement account or IRA is a way to save for the future while getting some tax advantages.

For example, you might be able to deduct traditional IRA contributions or withdraw money tax-free in retirement from a Roth IRA.

Within your IRA, you can invest money in things like stocks, mutual funds or bonds. At U.S. Bank, you can also fund your IRA with CDs.

Compared to other investments, CDs are relatively safe and offer a guaranteed rate of return.

There are some rules to keep in mind, however. First, you can only contribute a certain amount of money to an IRA each year.

If you have a lot you'd like to save, you may have to divvy it up between CDs in an IRA and some of U.S. Bank's other CD products.

Next, you can't take money out of an IRA any time you like.

If you take money out of one of these accounts before age 59 ½, you may have to pay taxes on your earnings, along with a 10 percent early withdrawal penalty.

The IRS allows exceptions for things like buying a home or paying qualified education expenses but the list is limited.

If you're going open CDs within an IRA, it's best to make sure you have other savings you can tap into if you need to so you don't run the risk of having to withdraw the money later on.

Renewing or Withdrawing Your CD

Once your CD matures, you can withdraw your money, plus any interest you've earned.

If you do nothing, however, U.S. Bank will automatically renew your CD.

The Step Up and Trade-Up CDs are automatically renewed into Standard CDs with a term that's most similar to the one you already had.

If you decide to withdraw your savings, you can have it deposited into a U.S. Bank savings or checking account.

If you don't have any other accounts with U.S. Bank, you could have it transferred electronically to an account at another bank.

They just don't give you the convenience of going to a branch the way a traditional bank would.

If that's not an issue, a CD with one of these online banks may be better suited to your savings needs.

Synchrony Bank keeps things simple with one CD product. You can choose a term as short as three months or as long as 60 months.

The rates are tiered, according to both the CD term and the amount you save.

Compared to U.S. Bank, you can get a much better rate on a long-term CD but you'll need at least $2,000 to open an account.

At Goldman Sachs Bank, it takes only $500 to open a CD. The rates are tiered, according to the length of your CD term.

Again, they're higher than what you could get at U.S. Bank. You can save in a CD for six months or up to six years.

There's no IRA CD option so if you want to save for retirement, you'll need to check out a different bank.

Ally Bank offers competitive CD rates  with no minimum opening deposit. There are four CDs you can choose from.

High Yield CDs have terms ranging from three to 60 months.

Raise Your Rate CDs have two- or four-year terms and give you the opportunity to increase your rate after you account is open.

No Penalty CDs have an 11-month term and you can withdraw your money at any time after the first six days without penalty.

Final Verdict: Are U.S. Bank CDs Right for You?

U.S. Bank CDs feature plenty of variety and flexibility in the terms.

And if you're a U.S. Bank customer already, opening a new CD account may be easier than starting fresh with an online bank.

On the other hand, online banks could get you much better rates on your savings.

If earning the most interest possible is the most important thing, you'd likely be better off with an online bank CD in the long run.

On the other hand, online banks could get you much better rates on your savings.

If earning the most interest possible is the most important thing, you'd likely be better off with an online bank CD in the long run.

More: Best Certificates of Deposit of the Year