If you love traveling, you'll want a good travel card. We compared the Expedia®+ Voyager Card with cards from Priceline, Travelocity + Orbitz to find the best one. 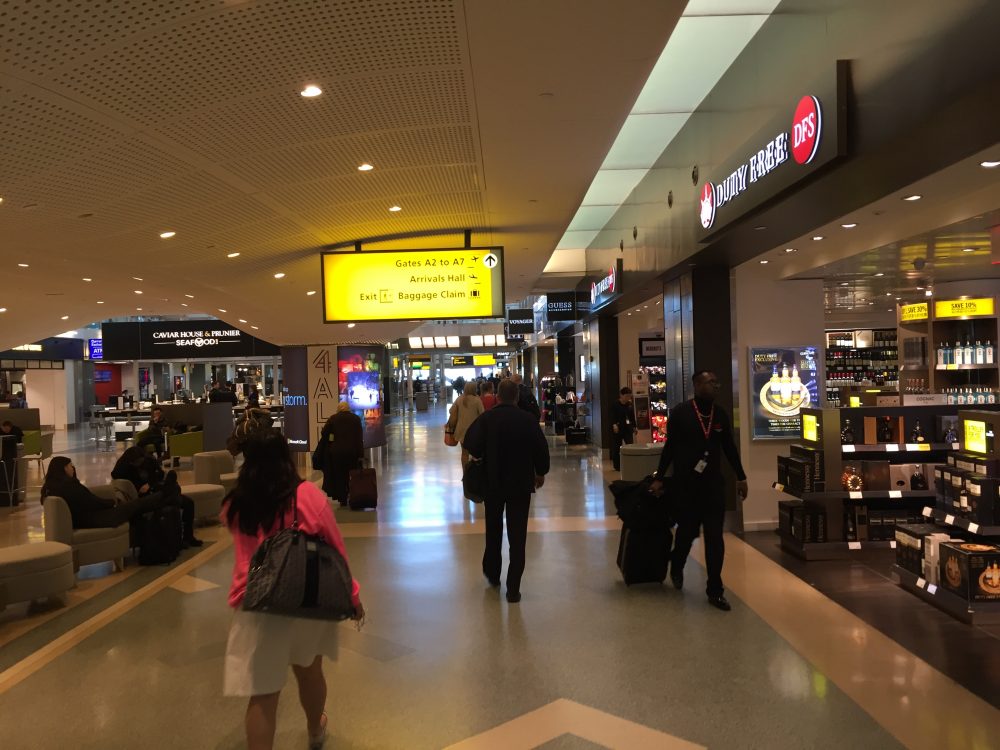 If you're like me, you probably make it a habit of booking trips through online travel sites.

They're great tools for finding deals on flight, hotels, and more. Some even offer their own credit cards to help you save more money on travel -- a great way to get rewarded for your loyalty.

You want to earn points fast, so you can get those free flights and hotel stays. So, it makes sense to first look at how quickly these online travel site credit cards can make that happen.

Based on the numbers alone, you can see that the Orbitz Rewards Visa card stands out with its amazing rewards rates on travel purchases made through the Orbitz website.

The caveat to Orbitz is that you'll have to deal with their rather confusing Orbucks program. But once you have that figured out, great rewards follow.

For example, you can get 10% back on eligible hotels booked through the Orbitz mobile app. You can also use the mobile app to get 7% back on flights.

If you're not an app person, you can still get good rewards on desktop, but it's important to know that they differ. Either way, Orbitz rewards are highly competitive with travel credit cards.

You get bonus points on travel purchases made through their sites and a flat 1 point per dollar for everything else.

Such a simple program stresses one thing: you’ll get value from these cards only if you use them for travel purchases. Otherwise, any other rewards card would be better.

The Expedia+ Voyager Rewards card has a rewards program that aims to convince cardholders to always keep the card in their wallets.

You’ll get bonus points for booking travel through Expedia — which is usually done online.

But to get bonus points for restaurants and entertainment, you’ll have to carry the Expedia+ Voyager card in your wallet.

After our Review of the Expedia+ Voyager Card we realized that while the rewards rate is decent and the bonus is nice, that's not enough to differentiate Expedia from the pack.

The Orbitz Rewards Visa Credit Card may help you rack up points the fastest, but the value of those points may not be as great as they initially seem.

With the accumulated Orbucks, you can only redeem for bookings at qualifying hotels through Orbitz. That can be restrictive when you're missing the other major aspect of travel: flights.

The Expedia+ Voyager card also forces you to use your points toward travel booked through Expedia, but at least you can use the points for flights and hotels.

These redemptions are not as limiting. They are great if you happen to always find the best prices on Expedia.

Meanwhile, the two remaining cards only offer statement credits, which mean your balance is being erased by however much you earn back. I feel statement credits are the best reward options -- think of it as receiving a refund on a past purchase -- very convenient.

The Travelocity Rewards American Express Card has one noteworthy highlight.

It lets you redeem a statement credit for up to $400 on flights or eligible hotels and vacation packages with no blackout dates, booked through Travelocity for just 20,000 points (2 cents of value per 1 point).

That’s an incentive for you to save up those points instead of redeeming at the lower denominations.

The Priceline Rewards Visa Card, however, is very attractive because of its extremely flexible redemption options.

You can pretty much “erase” any purchase with your accumulated points.

The optimal redemption on the Travelocity Rewards American Express Card is the $400 statement credit for 20,000 points, which can be earned with $6,667 in Travelocity purchases (3 points/$).

There’s no proper way to evaluate the two advantages so I’m calling it a tie between the two.

Travel credit cards are notorious for having annual fees -- often because they have various travel perks that justify such fees (e.g., free checked bags, complimentary lounge passes and companion tickets).

None of the online travel agency credit cards have any ties to specific airlines or hotel chains, so they don’t really have any of these standout travel benefits that would warrant an annual fee.

Of the four cards, only Expedia+ Voyager has an annual fee.

At $95 per year, it’s a quite a lot for anyone who doesn't like annual fees. But, the card has a set of great travel benefits -- particularly its $100 statement -- to make up for that fee.

However, when strictly speaking about the cost of the annual fee, it’s a three-way tie between the Priceline Rewards Visa Card, Travelocity Rewards American Express Card, and Orbitz Rewards Visa Credit Cards.

Their APRs are relatively similar but the one with lowest average APR is Expedia+ Voyager. Meanwhile, the Orbitz Rewards Visa Credit Card has the highest average APR -- probably because it has such high rewards rates.

Even though Expedia+ Voyager takes the cake for interest rates, (again) I don’t ever suggest that you pay interest on any rewards credit card. The value of your rewards will be wiped out by those interest charges.

Did your flight get delayed for a long time? You might be compensated for lodging, food, and more as you wait for the next flight.

This is just one example of how card coverages can be useful. Every credit card comes with its own suite of card coverages that you should take into account.

Below is a table that lists out the protection and coverages offered by each card:

With the exception of the Travelocity Rewards American Express Card, all of the online travel agency cards provide a decent set of card coverages that encompass regular retail purchases to travel.

You’ll notice that, for the Priceline Rewards Visa Card and Orbitz Rewards Visa Credit Card, I highlight certain coverages that are available only to Visa Signature cards.

Priceline and Orbitz will give out different versions depending on your credit. Essentially, you want the Visa Signature version because of its extended list of coverages.

Again, looking at the chart, I’d say that the Visa Signature versions of the Priceline Rewards Visa Card and Orbitz Rewards Visa Credit Card offer the best card coverages in the group.

Expedia+ Voyager was almost able to keep up with these two cards but it fell out of the contest because it doesn’t offer travel services and assistance (I spoke with a Citi customer service rep to confirm this).

We’re talking about online travel agency credit cards here, so we have to look at the travel perks that these cards offer (if any).

Right off the bat, Travelocity Rewards American Express Card is looking bad due to a lack of any noteworthy travel benefits. So, lets focus on the other cards.

Given that Priceline Rewards Visa Card and Orbitz Rewards Visa Credit Card are capable of being Visa Signature cards, you can receive free nights and discounts through Visa’s hotel and car rental partners.

However, the Orbitz Rewards Visa Credit Card stands taller with the waived foreign transaction fees, which means you’re not going to pay currency exchange fees when swiping your card abroad.

However, the card with the best travel perk is definitely Expedia+ Voyager.

The Global Entry program allows pre-approved travelers to receive expedited clearance upon entry into the U.S.

Expedia+ Voyager card has a $95 annual fee because of the $100 statement credit.

If you can maximize this $100 statement credit, you’ll more than recoup the annual fee. Top this perk off with the rest of the card’s travel benefits and you’ve got a solid travel companion.

Firstly, the hotel-only redemption option on the Orbitz card stood out as a major restriction to how you can spend your points. And, it carries the highest average APR of the group. These two aspects led me to favor the Priceline Rewards Visa Card.

Winners and Losers, You Decide

Ultimately, you know what's best for your needs and preferences. This rundown is meant to give you as much information as possible, but you know yourself better than anyone else.

<p>I've yet to meet anyone that's been credited the voyager incidental credit in less than 2-3 months (and that's usually only after having to "remind" citi and send in proof that it was indeed a valid purchase). Would love to be proved wrong if you know of anyone whose credit posted without having to chase/beg citi...</p>

<p>Agreed and travel portals like Top Cash back or Rakuten.</p>

<p>You need to consider the OTA's own travel rewards in conjunction with the credit card. For example, using the Expedia Card on the Expedia site as an Expedia member, your value is 4.6% on most hotels, and 9.2% across thousands of VIP hotels.</p>