MasterCard vs. Visa: Which Has Better Concierge Service?

Personal concierge services help you with shopping, travel and entertainment. See how MasterCard and Visa Signature concierge performed on our requests. 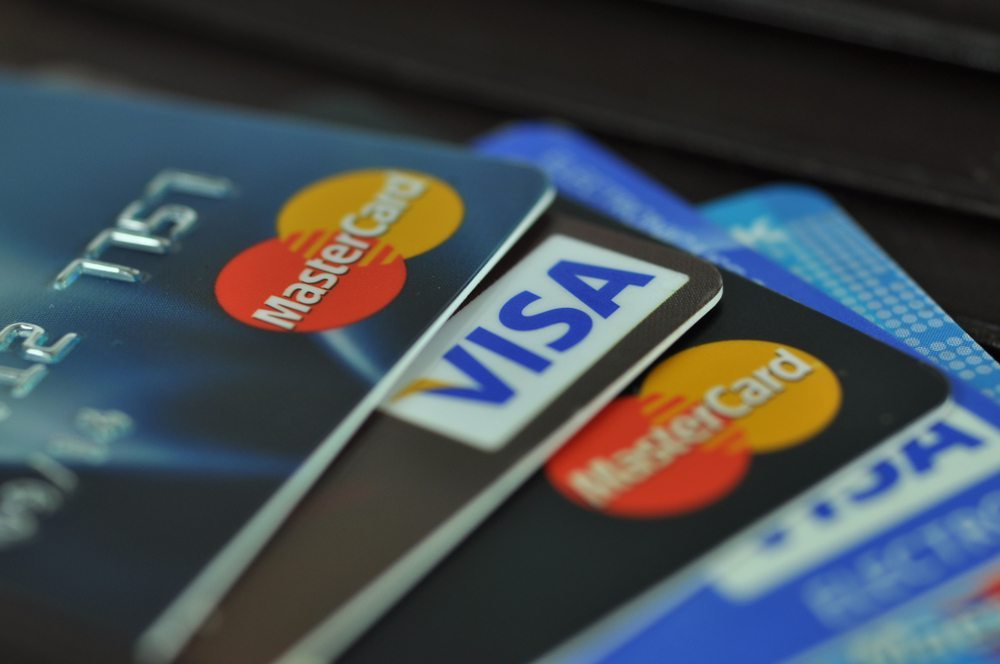 Today, there are many credit cards that offer free personal concierge service, which helps cardholders perform various tasks and acts almost as a personal assistant.

We decided to pick the two largest card brands -- MasterCard and Visa -- and compared their concierge services.

In this experiment, Claire Tak (editor) and I signed up to use personal concierge through our credit cards. Concierge often helps with personal tasks such as booking travel, making dinner reservations, researching entertainment and shopping.

To access these card benefits, Claire used her Barclaycard travel credit card while I used my Chase Freedom.

In this article, I’ll compare the concierge services from MasterCard and Visa based on their ability to fulfill our requests and the quality of the entire experience.

Since it was our first time using concierge, we were asked for our card numbers, email addresses and phone numbers.

Then, we pitched the same three requests to the concierge agents. We came up with these requests with the idea that they were common questions people may find to be tedious or time-consuming. Or maybe they are just plain lazy and don't feel like doing it.

Two (2) mezzanine-level tickets to the Lion King Broadway show in New York City for April 4th, 2015 at 8 p.m. (sold out, according to the official website).

Round-trip flight for two (2) adults and one dog (under 20 lbs.) from New York City to Honolulu, HI.

ravel dates of July 3 to July 8 with a preference of boarding times during the daylight hours and as few layovers as possible. (Traveling with a dog was added to make it more challenging.)

See whether or not MasterCard and Visa concierge delivered on our demands and how long it took them to do so:

We purposely picked a sold out performance of The Lion King Broadway show to see if the concierge agents would still be able to find tickets for us (keep in mind that seats can appear and disappear with within minutes).

The agent wasn’t able to find mezzanine seats for us through Ticketmaster but offered rear orchestra seats (which is on the lower level) instead.

Claire asked to see the seating map, which was emailed to her soon after the call.

The price per ticket was $208.75 and the agent offered to purchase the tickets immediately because she could only hold the tickets for 10 minutes, just like any normal visitor to the Ticketmaster website.

The Visa concierge agent that answered my call had to conference call a ticketing agent to assist with this request (the concierge agent was also on the call the whole time).

The ticketing agent found two tickets for the mezzanine seats through Ticketmaster and quoted a price of $208.75 per ticket. I was told that he could purchase it for me right then.

Generally speaking, the concierge agents for MasterCard and Visa were able to address the request immediately while we were still on the phone.

Those sold out tickets that we saw online were not really as hard to find as we thought.

Due to the fact that the seats can become available and unavailable during different times of the day, I’m going to call it a draw for this request.

A week-long trip to Hawaii is probably a very common vacation for many Americans, including myself.

So, I proposed that we’d use a trip to Hawaii as a scenario for the concierge agents. The pet was thrown in there to add a twist to the request.

After 3 days, Claire received an email with two flight options that were listed in cluttered text, which made it hard to read.

The first option was for a non-stop Hawaiian Airlines flight that wouldn’t even allow for the pet to fly, so it was absolutely useless.

The airline doesn’t accept live animals traveling to and from New York City! The total price was quoted as $2,207.98 for two adults.

The second option was a Delta flight with one layover.

It wasn't clear if our imaginary pet was okay to fly. (I checked the Delta website and it states that our pet could be shipped through the cargo hold for $287.04 per one-way trip.)

After 1 day, I received an email with three flight options that were neatly laid out in an attached PDF format. Furthermore, the agent sent links to each airline’s pet policy and mentioned the cost range for my pet.

Although the agent provided three flight options, the very first one was just right for our request.

It was a non-stop United flight that would allow the pet to be shipped in the cargo hold for $319 each way.

Overall, MasterCard didn’t seem to be on top of their game with this particular travel request.

Their response took longer, was difficult to understand and didn’t do a great job of addressing our travel concern -- the pet.

Visa provided a better and faster response and they were even able to find a lower price for the flights.

Now, I understand that a used Tesla might be somewhat of an outlandish purchase, but we’re trying to test the limits of how much both concierge services.

I was hoping that the concierge agents would go beyond using the same resources normally available to me and everyone else.

In an email to Claire, the concierge provided three links from AutoTrader.com to used Tesla listings.

Only one of the three listings included a white model while the other two were green and black. (However, I should note that when the request was being made to MasterCard, the agent asked if other colors besides white were acceptable.)

The agent also looked into tax subsidies for purchasing a Tesla. Finally, the agent offered to schedule a test drive.

During the call, the agent had to check with a manager to see if she was allowed to take on requests regarding used cars.

Apparently, she came back to say that Visa couldn’t address that request due to liability concerns that may be involved with referring customers to used vehicles. Instead, she offered to assist me with car rentals.

It was a big surprise to hear that Visa couldn’t help me with buying a used car.

Although it didn’t seem like MasterCard concierge did much to fulfill the request, at least they provided some options -- MasterCard wins this matchup.

In addition to getting the job done, factors such as difficulty of contacting concierge, length of the call and speed of the response will play a role in your experience with personal concierge.

I listed out how well MasterCard and Visa performed for these factors:

In general, Visa Signature concierge appears to have outperformed MasterCard concierge when it comes to the quality of the concierge service. It’s easier to contact Visa and their response times seem to be faster.

It was a close contest but Visa Signature came out ahead with a higher quality of responses and just a better overall concierge experience.

My biggest disappointment with Visa was that they couldn’t help me with the used Tesla request.

But, having tried out Visa Signature concierge, I’m definitely going to use the service more often.

MasterCard concierge was still a great credit card benefit. After all, it is free.

How to tell if your credit card comes with personal concierge

Free personal concierge service is a great credit card perk that often takes the back seat to more enticing benefits such as rewards programs and free FICO credit scores.

It’s easy to forget or not notice that you actually have access to concierge agents through your credit card.

Otherwise, there are other ways to tell if you have concierge service.

For American Express, you have this benefit if you have the Platinum Card or the notorious Centurion Card (aka, “The Black Card”).

If you have used your credit card’s personal concierge service, I’d love to hear your experiences and whether or not they were able to meet your expectations.

<p>I'd love to know your results! Also, you might want to compare Visa Signature vs. Visa Infinite. (I have a sneaking suspicion that they're exactly the same, but why guess when there are experts on hand to benchmark them?)</p>

<p>I have a black World elite MasterCard &amp; Platinum Amex. Amex is better by far concierge wise. Probably the one reason I keep it. </p>

<p>If I can get a hold of someone who has the Ritz Carlton Rewards card or the JPMorgan Palladium Card, I will definitely try to conduct a similar test with the JPMorgan Premier Concierge service. That being said, I am also looking into getting people with AmEx concierge and Citi Prestige concierge. So, stay tuned!</p>

<p>Can you guys also address "premium" concierge services such as the "J.P Morgan Private Concierge" that comes with the Ritz Carlton Card? I'd love to know the type of service that they provide,</p>