Find out how much it costs for 18-year-olds to get car insurance coverage, including how to lower and get discounts on policy premiums. 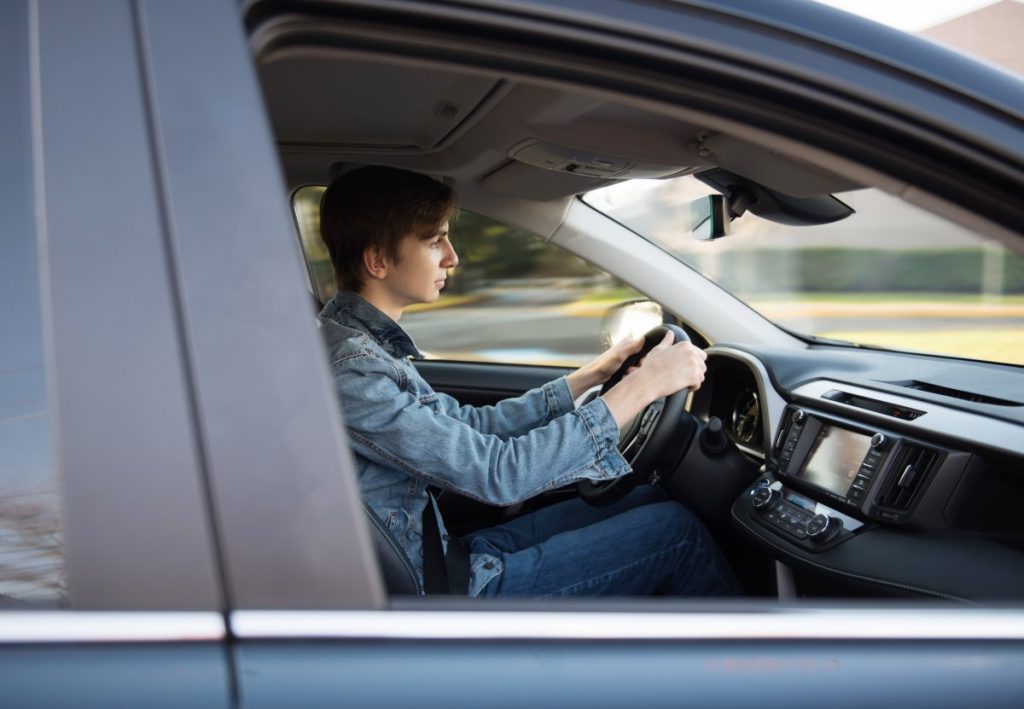 Once you turn 18, you’re no longer subject to the licensing restrictions that affect 16- and 17-year-olds – you’re considered fully licensed.

But car insurance for 18-year-olds is another story entirely.

Even though the cost situation improves somewhat over what younger drivers will pay, it’s still high in comparison to drivers, 25 years and older.

Why is car insurance for 18-year-olds so expensive, and what can you do to lower the cost?

Based on full coverage policies, the national average premiums for 18-year-olds are as follows:

The gap between the premiums paid by 18-year-old males, compared with 18-year-old females, is $833.

That shows a steep increase in the gender premium gap of just $346 between male and female 17-year-old drivers. It reflects a greater tendency toward hazardous driving by 18-year-old males compared with 18-year-old females.

National averages are no better than ballpark estimates, but it’s a starting point for comparison purposes.

The actual amount you’ll pay for car insurance will depend on the following factors:

Those are the same factors that affect car insurance premiums of drivers at all ages.

But they have a greater impact on 18-year-olds because of the younger age and relatively limited driving experience.

To show the impact of each of the factors listed above, let’s break each down individually and show how much will affect your car insurance premium.

Based on the collective driving history of 18-year-olds, car insurance premiums for males are higher than they are for females.

To illustrate the point, below is the average cost of car insurance premiums for 18-year-olds.

They’re based on what is commonly referred to as full coverage, which includes $100,000 for injury liability for one person, $300,000 coverage for all injuries sustained in one accident, and $100,000 in property damage.

Whether you’re male or female, there are wide variations in average car insurance premiums for 18-year-olds from one state to another.

But premium variations don’t end at state lines. Even within the same state, there can be big differences in premiums paid from one ZIP code to another.

As a general rule:

Premiums will be lower in rural areas than they will be in urban areas, due to the high concentration of drivers in urban districts.

Certain types of vehicles are more costly to insure than others. You can generally assume the more expensive a vehicle is, the more it will cost to insure it.

That makes a strong case for 18-year-olds driving lower-cost cars.

If the vehicle is worth only a few thousand dollars, you may not need to include collision and comprehensive insurance, which will save hundreds of dollars each year.

But the specific type of car driven is also a factor. Sports cars, pickup trucks, and luxury vehicles will be more expensive to insure. This will be especially true on newer vehicles, with their higher values.

But at least part of that difference may be offset if a vehicle includes certain safety equipment, the kind that minimizes accidents and personal injury.

In the premium examples we quoted thus far, we’ve used averages based on full coverage of 100/300/100.

But while full coverage is strongly recommended, it’s not absolutely required.

You can accept a policy with lower liability limits, or even go with the state-mandated minimum coverage levels.

Each state has its own minimum liability requirements, and those are well below the amounts for full coverage.

Once again, using national averages, the average annual cost for car insurance for 18-year-olds with only state minimum required coverage amounts is just $158 per month, or $1,896 per year.

Just as there are wide variations in the premiums you’ll pay on car insurance for 18-year-olds between states, there are also big differences from one insurance company to another.

For example, the national average annual premium for 18-year-old drivers for full coverage is $1,739 with an insurance company called Concord. That’s only about one-third the average national policy for 18-year-olds.

Average car insurance rates for 18-year-olds based on insurer

But at the highest end of the range, Amica has an annual average premium of $8,968.

It’s important to be aware that the insurance companies charging the lowest rate nationally may not be the same ones in your state.

Each company charges rates based on their own experience in your state, and you’ll need to shop for the lowest cost provider available.

No matter which insurance company you work with, all offer discounts, and they can make a difference in the premium you’ll pay.

You should request a list of discounts from your insurance company, or any company you are considering buying car insurance from.

You may be surprised to learn how many apply to you.

This becomes an increasingly important factor the longer you drive.

But since the typical 18-year-old has only been driving for about two years, the impact of any at-fault accident or moving violation can be more severe than it would be for a driver, 25 and older.

Moving violations can have a similar impact. For example, your premium can increase by 22% to 32% after a single speeding ticket.

Why Car Insurance is Expensive for 18-Year-Olds

The factors associated with it are not easily overcome:

Age and increased driving experience will eventually take over, giving you the benefit of lower car insurance premiums.

Laws that May Apply to 18-Year-Old Drivers

By age 18, drivers throughout the U.S. are no longer subject to graduated driver licensing (GDL) restrictions, which is to say they qualify for unsupervised driving.

At ages 16 and 17, drivers are subject to night driving restrictions, passenger restrictions (both the number and ages of the passengers), and in some states, unsupervised driving. None of those restrictions apply to 18-year-olds.

However, even without restrictions, 18-year-olds must be aware of driving laws in their state of residence and be very careful not to violate them.

A single violation can result in a steep increase in car insurance premiums, or even the suspension of driving privileges if a violation is serious.

There are 22 states that have banned the use of handheld cell phones, and many others have additional restrictions on their use while driving.

Even more serious are DUI/DWI laws, which can result in license suspension, hefty fines, and a steep increase in car insurance.

How to save on car insurance for 18-year-olds

You can save money on car insurance for 18-year-old drivers by maintaining only the minimum level of liability coverage required in your state.

Apart from that, you can also drive a less expensive vehicle (the more basic, the better), shopping for the lowest-cost insurance provider and using any discounts that company offers.

But a factor in increasing importance by age 18 is driver history. A single at-fault accident or moving violation can result in a big increase in your car insurance premium.

For that reason, it’s important to drive defensively and maintain a clean driving record.

A clean record for three years is optimal. That may not be possible until you are 19 or 20, but now is the time to work in that general direction.

This is the single most effective cost reduction strategy when it comes to car insurance for 18-year-olds.

The cost of adding an 18-year-old to a parent policy will still increase the cost of that policy, but much less so than if the teen tried to get coverage on his own policy.

That’s also why adding a teenager to a parent policy is the most common course of action by parents.

Car insurance for 18-year-olds is still in that expensive, teenage driving category.

The single biggest advantage will be to remain on your parent’s policy for as long as possible.

And when you turn 25, you’ll get the benefit of much lower premiums, as long as you have a clean driving record.