Car Insurance for 17-Year-Olds: How Much Will It Cost?

Find out how much it costs, on average, to obtain car insurance for a 17-year-old based on their gender, state and other factors - including possible discounts. 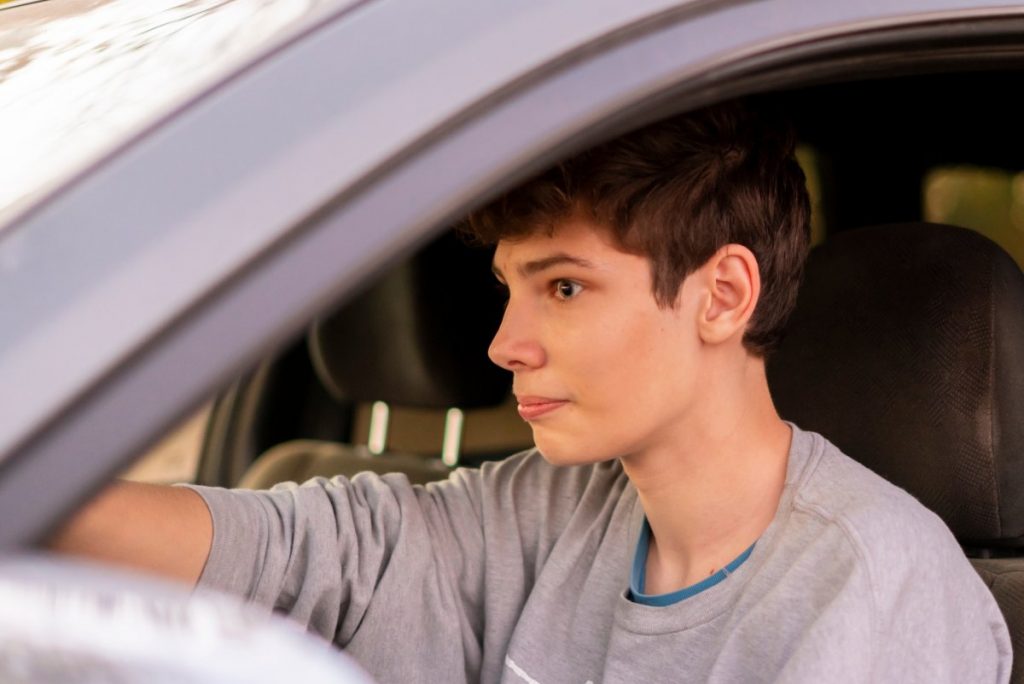 Teenagers are eligible to drive in most states by the age of 17.

But, car insurance for 17-year-olds can be prohibitively expensive, particularly if the teen has a policy all her own.

There’s a long list of reasons why car insurance for 17-year-olds is so costly.

Still, there are also plenty of strategies to help minimize the cost to insure young drivers, at least until they get older (when rates drop significantly).

The national averages are as follows:

The gap between the premiums paid by 17-year-old males and 17-year-old females is $346 in favor of females.

The cost of car insurance for 17-year-olds is at least a little bit better than it is for 16-year-olds. But, that’s a small consolation because the reduction isn’t that great.

How much you’ll pay for car insurance for any driver depends on the following factors:

Each of the above factors can have a material effect on the amount a 17-year-old will pay for car insurance. That premium may be either higher or lower than nationwide averages.

Let’s look at each of the driver profile factors, and how they impact the cost of car insurance for 17-year-olds.

Whether you’re a male or female, car insurance premiums for 17-year-olds are high.

But females get a bit of a break.

This owes to the fact that industrywide, 17-year-old boys have a higher incidence of high-risk driving.

The insurance premiums listed above are national averages for full car insurance coverage.

But there are variables within those averages that can result in car insurance premiums that are either higher or lower.

Though the average premiums for 17-year-olds – both male and female – may seem high, there are very large variances from one state to another.

Much of that has to do with variations in laws between states. But you should also be aware that even within the same state there can be large differences in the premiums paid from one ZIP Code to another.

This is a major factor in determining car insurance premiums.

If a 17-year-old will be driving a truck, a sports car, or a luxury vehicle, the premium will be much higher than for a basic sedan.

An older vehicle may be less expensive as well, because collision and comprehensive coverage may not be necessary.

There’s typically no need for those additional coverages if the value of the vehicle is no more than a few thousand dollars.

The safety equipment in a vehicle is also a factor.

If the vehicle includes anti-lock brakes, automatic seatbelts, side door airbags, and especially electronic stability control, the premium will be lower.

The premiums quoted so far are for full coverage – 100/300/100. But you can pay much lower premiums with reduced coverage amounts.

If, instead, you choose lower coverage limits, like 50/100/50, the premiums will be considerably lower.

But the biggest savings will come from going with minimum coverage. This varies from state to state but can be as low as 10/30/10.

For a 17-year-old male in New Jersey, the premium for state-mandated minimum coverage is $2,574. That’s a savings of more than $3,200 per year, compared with the premium on full coverage.

There are also significant differences between insurance companies.

For example, the national average premium for full coverage with Concord is $1,902 per year. But at the opposite end of the spectrum, it’s $9,269 with Amica.

This isn’t to say that Concord will be the cheapest in every state.

Because of state laws, and each insurance company’s experience in a particular state, the lowest-cost provider will be different in each state.

All insurers offer discounts, and they can make a real difference in car insurance premiums.

As an example, Geico offers the following discounts:

Ask for a complete list of discounts from any car insurance company you are considering to cover your 17-year-old, and take advantage of each that applies in your situation.

This is not a factor for 16-year-olds, since there is typically no driving history reference when you first become a licensed driver.

But it does become a factor after you’ve been driving for at least six months, and definitely after one year.

Moving violations are another example of a driving event that will increase your premium.

You can expect them to increase by 22% to 32% after a single speeding ticket.

But exactly how much the increase will be will depend on your state of residence and how by many miles per hour you exceeded the speed limit.

Why Car Insurance for 17-Year-Olds is Expensive

Even though a 17-year-old at least some driving experience when compared with 16-year-olds, the premiums are still exorbitant.

This has to do with the following factors:

Even though 17-year-olds can be licensed in virtually every state in the U.S., they’re typically subject to graduated driver licensing (GDL).

These requirements are different in each state.

They typically include restrictions on the number of passengers you can carry, as well as limited night driving.

Check the graduated driver licensing restrictions in your state to make sure your 17-year-old stays in compliance.

A single violation can lead to a suspension of driving privileges, as well as a hefty increase in your car insurance premium.

For example, in California, 17-year-olds are unable to drive between 11:00 PM and 5:00 AM. They’re also prohibited from having passengers under the age of 20 unless there’s a licensed driver, 25 years or older in the vehicle.

In Texas, 17-year-olds are prohibited from driving between the hours of midnight and 5:00 AM, and may transport no more than one passenger under the age of 21.

Florida restricts 17-year-olds from driving between 1:00 AM and 5:00 AM, but has no restriction on passengers transported.

How to Save on Car Insurance for 17-Year-Olds

Car insurance for 17-year-olds can be reduced by all the same factors as they can with any other driver.

These include having only state-required minimum liability coverage, operating a less expensive vehicle, choosing the lowest-cost insurance company in your state, and taking advantage of as many discounts as possible.

And since a 17-year-old is likely to have already built a driving history, it’s important to avoid both moving violations and at-fault accidents.

A single episode with either can undo efforts to save from other directions.

This strategy is the biggest potential source of savings, and the one chosen by most parents.

This is not only because the premium for 17-year-old drivers will be lower, but also because a 17-year-old is unable to legally purchase an independent insurance policy without a parent also signing on.

But by adding a 17-year-old driver to a parent’s policy, the savings are enormous.

The big drop in the premium on the parent’s policy owes to the fact that the 17-year-old will get the benefit of the parent’s driving history.

But there are typically discounts for multiple drivers on the same policy, as well as multiple vehicles.

The 17-year-old will also get the benefit of higher liability coverage amounts, which will be cost-prohibitive on an individual policy.

There isn’t much of a decrease in car insurance for 17-year-olds when compared to 16-year-olds.

But with each year that passes, the premium level drops by a few hundred dollars. More affordable rates are finally available by age 25.

In the meantime, every effort should be made to keep the premiums to an absolute minimum.

The best way is usually to add the teen to his or her parents' policy.

But take advantage of every other strategy listed in this article to get the maximum premium reduction.