4 Markers for Financial Match in a Relationship

Money issues can hurt any relationship. Look out for these four crucial markers for financial compatibility in order to be successful in your relationship. 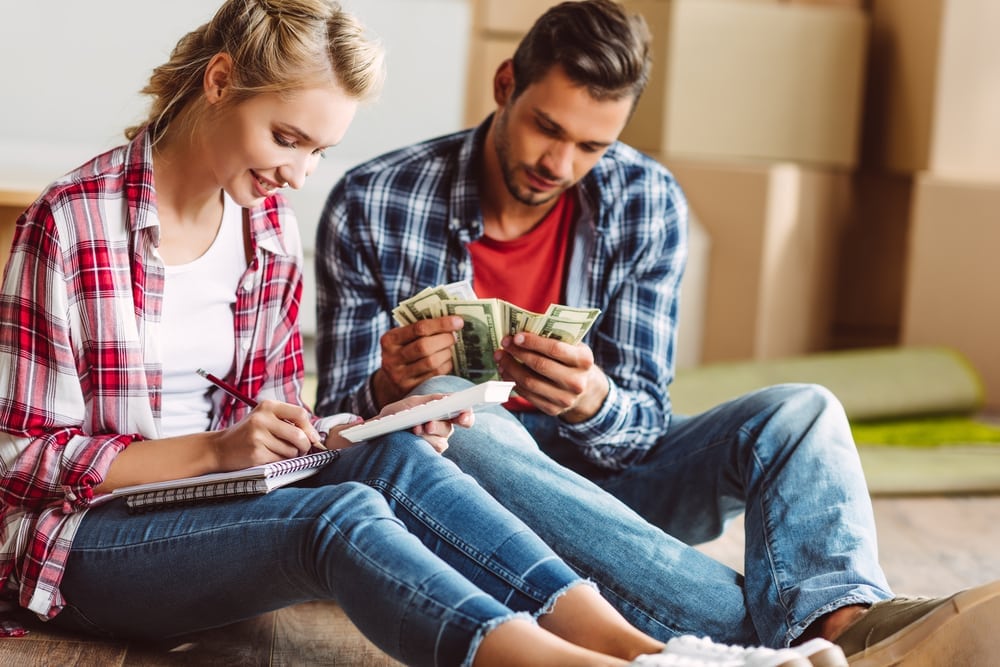 Money issues can hurt any relationship. In fact, arguing about money is the number one predictor of divorce.

Fights about finance are different than, say, arguments over cleaning or affection because it’s easy to measure how money is spent.

That’s why it’s important in any romantic relationship for partners to be on the same page when it comes to finance.

Paul Nourigat, a financial consultant and author of the book, “No Time To Wander: the financial compass for young Americans,” says there are four crucial markers for financial compatibility -- transparency, communication, common goals, and periodic review.

Think about where you work. When your boss makes decisions, do you know about them and the reasons why they were made? Or are decisions made without any explanation? Which do you prefer?

Just as sharing information and having open dialogue is important in corporate America, it’s equally important in a relationship -- especially when it comes to money.

“People who harbor anxieties about their partners’ financial dealings and financial status can negatively affect the overall relationship,” says Nourigat. “Transparency creates trust, which as we all know, is an essential in a great relationship.”

Couples striving for financial success should work together and leverage each other’s financial strengths.

They should also be aware of their partner’s financial weaknesses and work together to help each other stay on track.

That’s not to say that a couple might not have separate bank accounts or a prenuptial agreement.

Financial independence is important, but it should be balanced with accountability.

Nourigat says there are some unique situations where a couple decides what’s best for them is to keep their finances separate.

“That may be what they feel is operationally most effective, but not being forthcoming about one’s spending, that’s a lack of transparency.”

“It’s one thing to be transparent, it’s another to articulate your concerns,” says Nourigat.

Everyone knows communication is key in any relationship, but how many couples actually share their thoughts and are honest about how they feel with their partner?

Open communication ensures that problems don’t become bigger than they need to be. It ensures that each partner is on the same page when it comes to following a financial strategy.

Nourigat says honesty is essential in communicating with your partner, but that there should be a balance between being candid and sensitive.

“It’s not always what you say, but how you say it,” says Nourigat.

Nourigat says that when a couple has a really great common baseline -- they share similar values -- it can minimize harmful effects that hurt relationships.

Sharing the same values as your partner will help inform your financial goals, which will affect your relationship for its duration.

For instance, if you want to save money to set up a college fund for your kids, but your partner doesn’t -- that’s a problem.

Nourigat says it’s OK to have divergence in a relationship -- healthy even -- but in order to be financially compatible with your partner, your values should be comparable.

For most folks, sussing out your partner’s values occurs naturally as the relationship evolves.

“Most people are assessing their partner from the first date on,” says Nourigat. “Through osmosis, folks are learning about their partner’s wealth or style.”

Establishing common goals and being transparent and communicative is great, but talking about finance each day can be boring and mundane.

That’s why Nourigat says it’s important to step back periodically -- each month -- to take a look at you and your partner’s finances and make sure you’re moving in the right direction.

“Dedicated time on a dedicated day each month to not be distracted and to focus exclusively on financial objectives is a really healthy step for most couples,” says Nourigat.

Nourigat says it might be more reasonable for young folks or couples with simple affairs to sit down and talk about their finances on a quarterly basis.

He says couples should also review their finances at the end of each year to look at long-term goal planning and the year ahead.

Nourigat says during these reviews, couples should evaluate their income sources and expenses just to confirm that things are going as expected.

Unfortunately, most couples don’t take the time to review their finances periodically, which can exacerbate financial problems.

“The alternative is to wait until a problem comes and deal with it reactively instead of proactively,” says Nourigat. “Looking at things in advance and identifying challenges is time well spent.”