Is a Will Really Worth It? Or Why Rupert Murdoch Still Needs His Estate Lawyers

Not being certain of how to distribute your assets or choose a guardian for your children is no excuse for dragging your feet on doing a will. 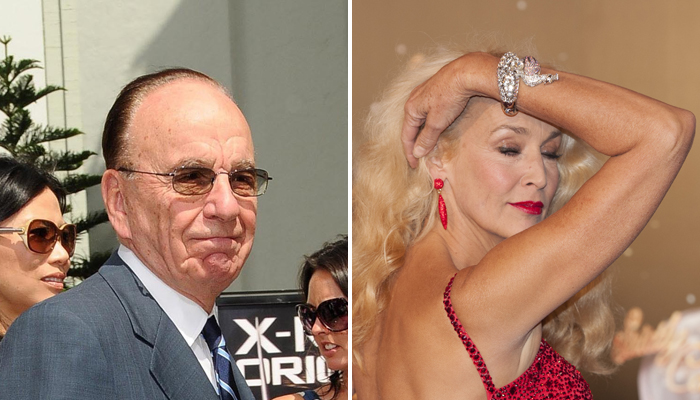 Billionaire media mogul, Rupert Murdoch, 84, announced his engagement to Jerry Hall, 59, former Mick Jagger gal pal. The upcoming marriage means he will be doing a new will. And that could be putting his potential heirs in a state of high anxiety. A new wife, his fourth, could change much in the distribution of assets upon his death.

That kind of drama probably doesn’t surround the provisions of your own will. That is, if you are among the realists who have already attended to that unpleasant task. After all, it’s downright unnatural to imagine your own death, especially if you're young and feeling you could live forever. The denial of death is essential to survival. You might not have had the resilience to trudge through The Great Recession if you kept thinking, “Heck, I’m going to die anyway, so why put up with all this.”

Yes, you need a will

That denial of death is a major reason why so many of you might not have a will. According to an AARP survey, that includes 41 percent of Baby Boomers and 71 percent of those under-34.

Yet, you need one. It provides for how you want your assets distributed and who will care for any minor children and pets. In it, you also specify who will carry out your wishes. That person you appoint is the executor.

A will is a legal document

So, it makes good personal-finance sense to put making a will on your to-do list. Creating your will demands research, decision-making, and dotting every “i” and crossing every “t”. That’s the way it is, whether you do the will yourself (DIY), do part of the work and have an online service or law practice do the rest, or turn over the whole project to a law firm.

There is nothing simple about doing a will. And there is no such thing as a “simple will.” That’s because a will is a legal document. Law is always complex. The laws which apply here are those of your state. Those, of course, vary from state to state. Here, for example, are Illinois requirements. In addition, if your assets have high monetary value, taxes, federal and state, have to be considered.

As your life changes, you will amend your will (codicil) or make a whole new one. If you relocate to another country, you will also need a new will.

“When I re-married I immediately did a new will. There were a business, house, and the usual assets. Both my wife and I had been divorced before. I wanted to protect what I had in case the former spouse protested what was already in the marriage dissolution.

“After we retired and moved to Costa Rica and built a business I made a completely new will. That was only valid in Costa Rica. I was told that it probably had no standing in the United States or anywhere else in the world.

“We returned to the U.S. when encountering severe financial setbacks. There were no assets left. As yet, I haven’t done a new will.”

Here’s what happens if you die without a will

The details of how your assets will be distributed if there is no will vary from state to state. The legal term for this is “dying intestate.” The laws trump any plans you might have had for your heirs. In addition, there are ways to circumvent those laws so those heirs might be totally shut out. Also, there can be severe tax consequences, federal and state, for both your estate and those who receive your assets.

For NFL quarterback, Steve McNair, what determined how his funds would be distributed started out to be the laws of Tennessee. He had been murdered in a hotel room with no will. During his career he had earned $90 million. At the time he was married, had two children from that marriage, and two from a previous relationship.

According to the law of that state, the second wife would receive at least a third and the surviving children would evenly divide the rest. However, the wife was appointed administrator of the estate. She left the two children not hers out in the cold. McNair probably never intended that to happen.

As for taxes, he hadn’t put in place any of the avoidance procedures typical in estate planning. Therefore the funds were subject to federal and state taxes for transfer of assets and also a tax on the assets distributed. Those reduce the amount going to loved ones.

In Illinois, following your death without a will, what determines who gets what is the Probate Act. Here are some of common provisions:

The bottom line for you is that you have no control over who receives what and how much of a tax bite will take place.

Currently, a DIY option is possible if your assets aren’t large and don’t need to be sheltered from taxes, federal and state. Thanks to information available on the Internet and software, you can conduct the research and download the forms.

The first step is to retrieve a generic briefing about writing a will. Next is to find out the details about the state law for wills. Then, you will need the template for the will for that state, with instructions on how to fill it out. Here is an example for Illinois.

If you don’t comply with the letter of the law, your estate could wind up in what is known as partial intestate. It could also wind up in the same process if you don’t keep the will up-to-date. For example, you don’t amend it when a beneficiary dies.

Another option is to do as much as you can on your own. Then you approach an online service or a law practice to do the rest. This is called unbundled or a la carte services. It’s becoming common because of what the Internet and technology offer, plus the client demand to save money. Instead of only offering a full package of services, parts of the standard package are now available.

To find what you need at the right price, you will probably have to shop around. That begins with asking those on your network about their experiences with both online and traditional law practices. You can read reviews of online services and actual law firms. You can find out if the vendor provides complimentary consultations.

Going this route is analogous to using a tax-preparer. You can’t go in with just a bunch of raw data. The tax expert expects you to have tallied and categorized income and deductions. Likewise, you have to create a detailed list of what assets and sentimental items go to whom. If minor children are involved, there must be complete identification of who the guardians will be.

There are law practices which specialize in estate planning. You will probably interview several of them if your assets are high value and you want to shield heirs from the full brunt of federal and state taxation.

If you have a regular lawyer, that firm might do their will on a complimentary basis. The legal sector is suffering from overcapacity. It’s likely the firm is eager to keep your business.

So your will won’t be contested

A contested will of a wealthy businessperson makes for great television drama. But in real life that’s rare. For example, the grandsons of Brooke Astor did not contest the will by their father, Anthony Marshall. He left all his money to his second wife and her own children from an earlier marriage.

To reduce the odds that your particular will be contested, you have to make sure that you have complied with every rule. A standard one is that the two witnesses cannot be beneficiaries. If they are, someone who’s disgruntled can challenge the whole will. There can be no shortcuts in following directions.

Also, if there are any rumblings about your soundness of mind, have that certified.

Another possible tactic is for those unhappy with your provisions to contend you were unduly influenced. For instance, you left 50 percent of your estate to the gardener who helped you win first prize in a national rose-growing competition. You may have to consult with an estates lawyer about how to frame that.

Not being certain of how to distribute your assets or choose a guardian for your children is no excuse for dragging your feet on doing a will. That legal document is frequently amended or tossed entirely and a new one created. The world changes. Your children change. You change. Those in your life change or even leave. Your will reflects those shifts. On television shows, you hear all those threats by people who plan to re-do their wills. Well, that happens in real life too - and very often.

About the author Jane Genova
Jane Genova is a widely recognized authority on personal finance and the law.