Banking errors occur more often than you think and without a doubt, these five bank teller mistakes rank as some of the worst in history. 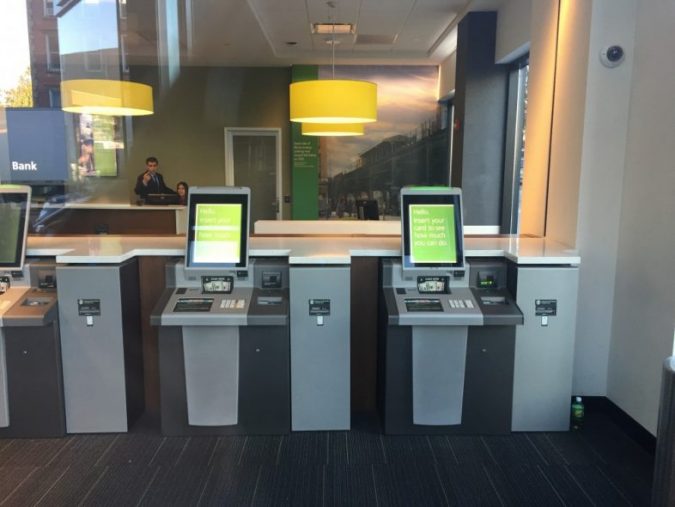 To err is human and no one is safe from making the occasional mistake or two, including bank employees. When you're handling large amounts of money and dealing with dozens of customers each day, it's inevitable that you're going to make an error at some point.

While most bank teller mistakes can be easily corrected, others are not so simple to sort out and they can cause major problems for the unlucky customer whose account is affected. When deposits get mixed up or a bill payment isn't applied correctly, fixing the mess can be a real headache. In some cases, mistakes can go the other way and cause problems for the bank instead. MyBankTracker rounded up some of the most colossal slip-ups that likely made the teller in question wish they'd called in sick.

1. Napping on the job

A good night's sleep is vital if you want to feel well-rested and alert when you head off to work and that's a lesson that a German bank employee learned the hard way. In June 2013, the unnamed employee inadvertently transferred 222 million euros, which is roughly $293 million USD, into the account of an unsuspecting retiree, rather than the 62.40 euros that was originally requested. The reason? He'd fallen asleep at his keyboard, which caused his finger to enter 222,222,222.22 by mistake.

The bank caught on to the goof almost immediately and corrected it, but not before the man and his supervisor were both terminated. The supervisor was later able to get her position reinstated by a German court, but the teller, unfortunately, had no such luck. It just goes to show that if you don't adhere to the maxim, "Early to bed, early to rise," you could be making someone else wealthy by accident.

Overdraft protection is designed to keep you from having to pay a ton of bank fees if you spend more money than you have in your account. It's not supposed to make you a millionaire, but that's exactly what happened to New Zealand resident Leo Gao in April 2009. Gao had gone his local Westpac branch to request a $100,000 overdraft limit for his service station business but the teller handling the transaction increased it to $10 million instead by accidentally tacking on a few extra zeros.

Gao withdrew close to $7 million of his newfound wealth before fleeing the country with his girlfriend. It took nearly a month for the bank to catch the error and Gao was able to elude authorities for almost two years before he was finally arrested. He was released from prison in 2013 after serving 16 months of a four-year sentence. Police and bank officials are still trying to track down $3.8 million of the money Gao made off with.

A 48-year-old Brooklyn man got the surprise of his life in 2008 when he checked his bank account balance one day to find it had grown to more than $5 million. When he questioned the bank, they assured him that the money was his so he used it to finance a $2 million spending spree that included buying jewelry and electronics and sinking huge sums into bad investments. The only problem was, the cash was never his to begin with.

A teller at the bank apparently confused the man, whose name is Benjamin A. Lovell, with Benjamin S. Lovell, a Philadelphia businessman whose name was added to his company's corporate account. The teller's error cost the company a big chunk of its holdings, since police were only able to recover about $500,000 of the money that was withdrawn. Lovell was eventually sentenced to probation, despite his claims that he'd tried to give the money back.

4. Forgetting to check for typos

If you spend a significant amount of time each day staring at a computer screen, it's easy to get careless and make a typo here and there. When a teller at a Pennsylvania Wells Fargo branch mistakenly entered the wrong account number for a transfer, it made Joseph Bucci $70,000 richer. Instead of reporting the mix-up, he treated himself to a new car, a dog and a trip to Orlando before the bank was alerted to the mistake. After turning himself in to police, Bucci eventually entered into an agreement to repay the money to avoid a 14-year jail sentence.

When you make a deposit, it's up to the bank teller to make sure that the name and account number on your deposit slip matches up so your money doesn't end up in the wrong spot. A customer at a Georgia bank assumed that was the case when he visited his local branch to deposit $31,000, only to find out that his hard-earned dollars never made it to his account.

The teller who took the deposit mistakenly put it into the account of an 18-year-old by the name of Steven Fields. By the time the real Steven Fields alerted the bank to the error, the teen had already withdrawn $20,000 from his account and spent another $5,000 using his debit card. The bank asked him nicely to return the money before pressing charges, but it's not clear whether he's actually coughed up any of the cash.

<p>I recently opened a checking / savings account with my employer's credit union, and the associate that helped me gave me an invalid account number....<br>This is almost <b>Christmas</b>, as such there will be no way to contact the institution until after the holidays....<br>How should one deal with an ignorant error, from a company that makes themselves unavailable for contact??</p>

<p>what happened to those teller's who committed the error?</p>