Paying an extra $0.50 here and another $3 there might not sound like too much, especially when that money makes everything more convenient. But, if we told you that eliminating these privileges could lead to more than $1,000 in savings per year, would you think twice about paying for these daily conveniences?

Let’s face it, today’s generation is one of the laziest and most entitled in history. One major reason is the easy access to modern-day conveniences. While some conveniences can really help us in our daily lives, this article will focus on 10 of them that can actually cost you much more than they are worth.

1. You're countertop drink maker is not too cost-effective 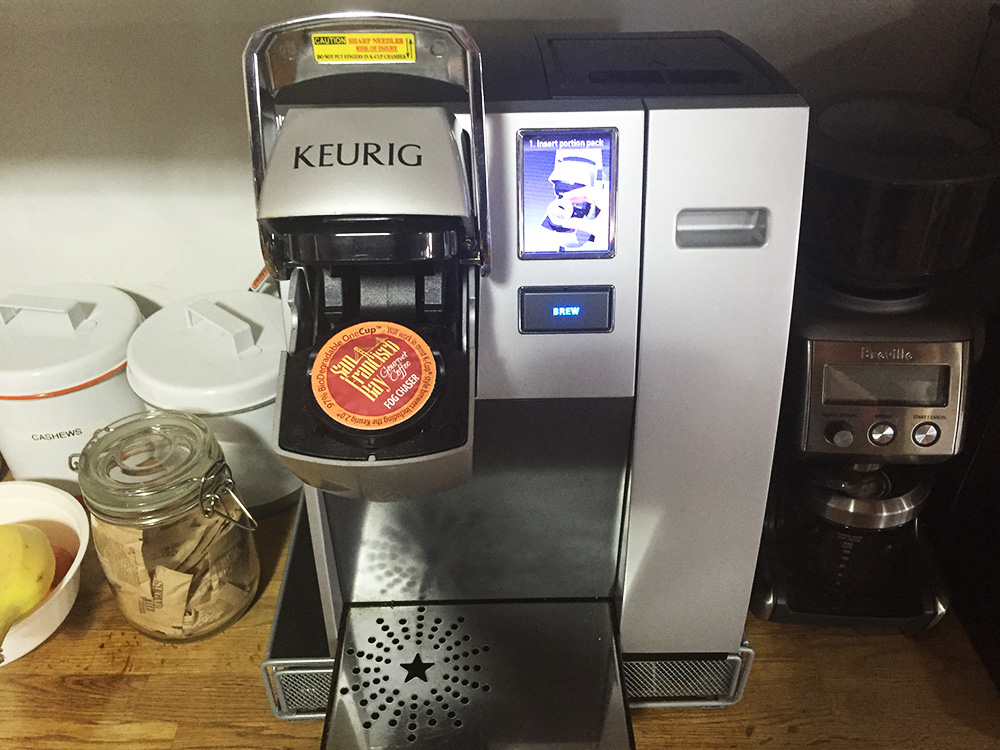 Morning coffees from your favorite coffee joint are a well-known case of convenience not being worth the cost most of the time, which has led a bunch of people to make the switch the at home, countertop drink makers such as a Tassimo or a Keurig. While these individuals think they are saving money by making these drinks at home, that is very far from the actual truth most of the time. This is because these machines can cost a fortune to buy with Tassimos ranging in price from $169.99 to $259.99 and Keurigs cost between $99 and $370. Once you add the cost of “pods," which cost about $0.75 per cup, your cup-of-joe costs you more than that $1.50 coffee would have bought outside in the first place. This is a classic example of the marketing for a product/idea being so well that people flock to it without really considering the cost of this convenience.

2. ATMs make you pay to access your own money 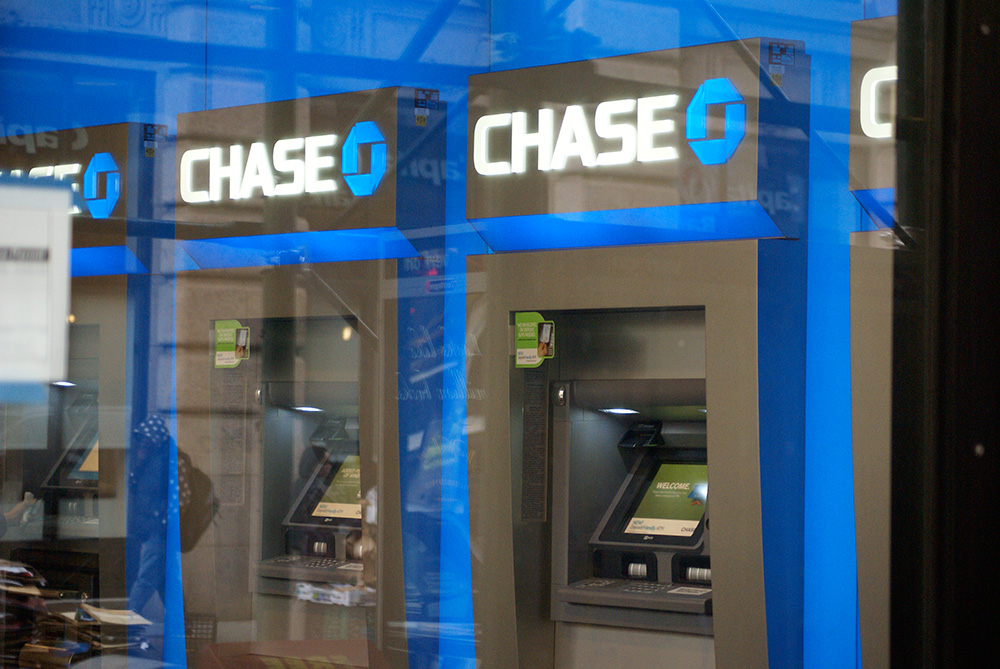 The convenience of an ATM during an emergency is justified, but not when it becomes a costly habit. According to MyBankTracker analysis, the top 10 banks in the U.S. have charge an average out-of-network ATM fee of $2.50. Then, there's the fee that the out-of-network ATM can charge, which is usually around $3. You just paid close to $6 to get your hands on your own money! This means that if you use an out-of-network ATM a modest 3 times per month, you're paying $216 per year to use their own money. I don’t know about you, but that seems to trump the “convenience” factor to us. To be fair, there are many online banks with checking accounts that will refund these ATM fees. Most banks, however, do not.

Waiting for purchased items to ship is the bane of every online shoppers existence. Well, Amazon has found a way to make these customers happy again with Amazon Prime! Prime offers the extreme convenience of free two-day express shipping on most items for only $99! Sounds great right? Well, not so fast. While the $99 price tag isn’t exorbitant, surveys done by Time show that Prime members spend an average of about $1,500 at the site annually, versus $625 for non-members. So, in reality, they aren’t saving money at all, and are simply overspending to make the Prime membership seem “worth it."

4. Overpaying for your unlimited data plans 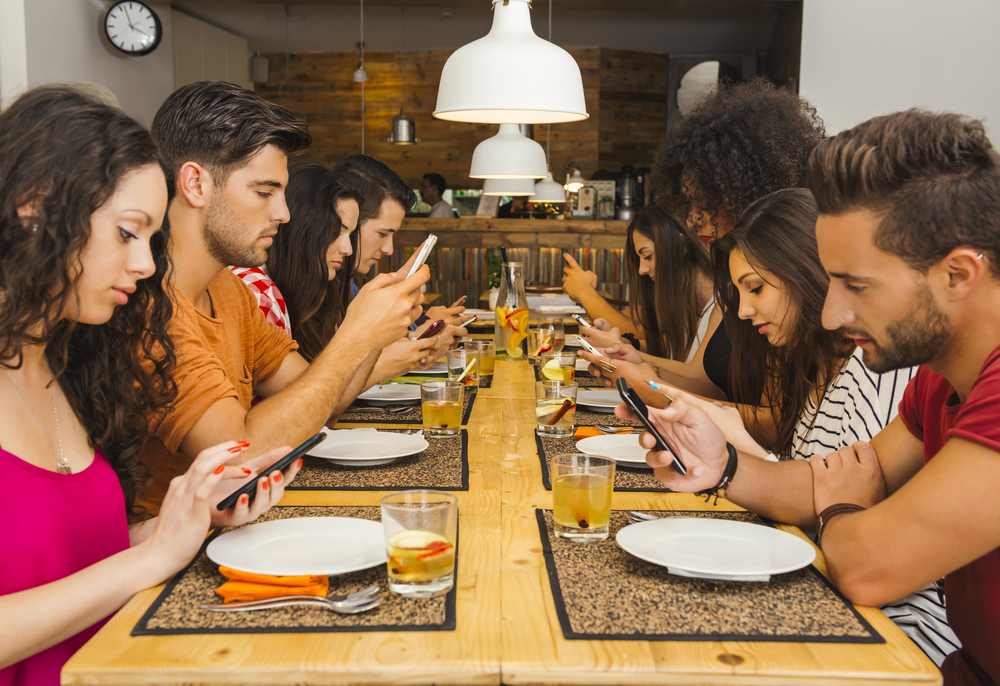 One of the biggest myths in tech is the idea of “unlimited” data plans. Most people opt for these plans because they are “convenient” and stop the user from having to constantly monitor their data usage. However, according to Time, these plans might not actually be unlimited at all. In addition to the fact that you likely aren’t even using enough data to warrant these unlimited plans, it has been revealed that most providers will actually slow down the phones of users who have went over a certain amount of data, even if they are on a so-called “unlimited” data plan. It is a very good idea to monitor your data usage for a few months and switch to a cheaper plan that will still satisfy your needs. For instance, if you're paying $30 for an unlimited data plan, consider dropping it for a shared data plan that could save you $10 to $20 per month.

5. Eating out at restaurants 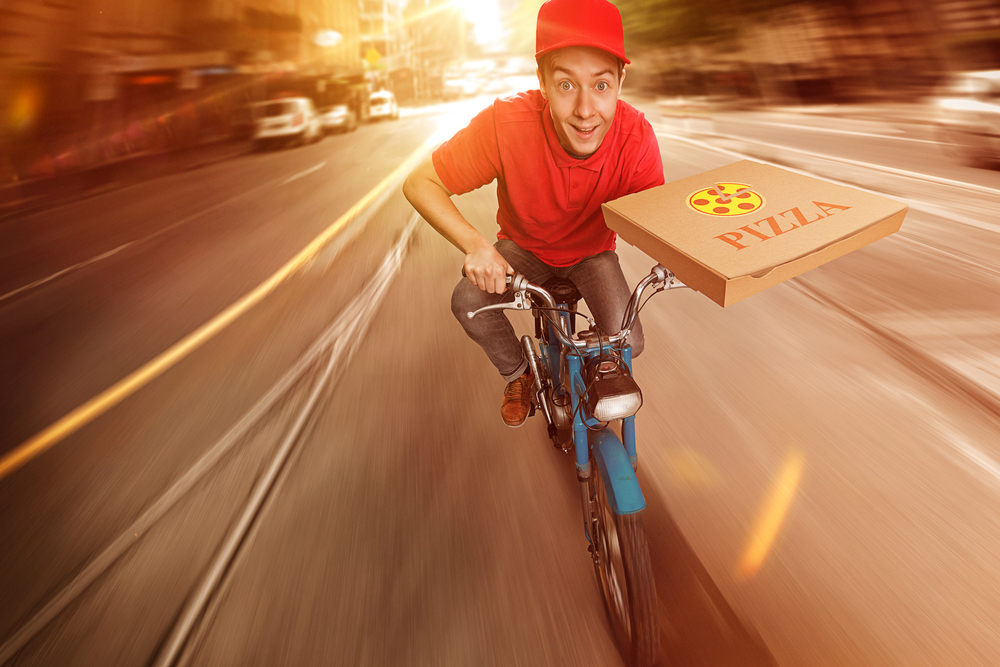 Chances are, you like to eat out. Whether it’s take out, dining in or fast food, you are likely paying more for this convenience than you think. In fact, if you go out for lunch and dinner three times a week at $15 per meal, you're spending an astronomical $2,160 on dining out in any given year. Now, we understand that convenience sometimes trumps the dollars in some cases, but there are also some services that claim to be convenient but are actually the opposite. Take, for example, Grubhub and Seamless. These two services offer delivery from various local restaurants that save you the time of actually going and picking the food up. However, there have been numerous claims that the wait times for delivery can sometimes be as high as 2 hours. That doesn’t sound very convenient to us.

6. Step away from the pricey bank branch 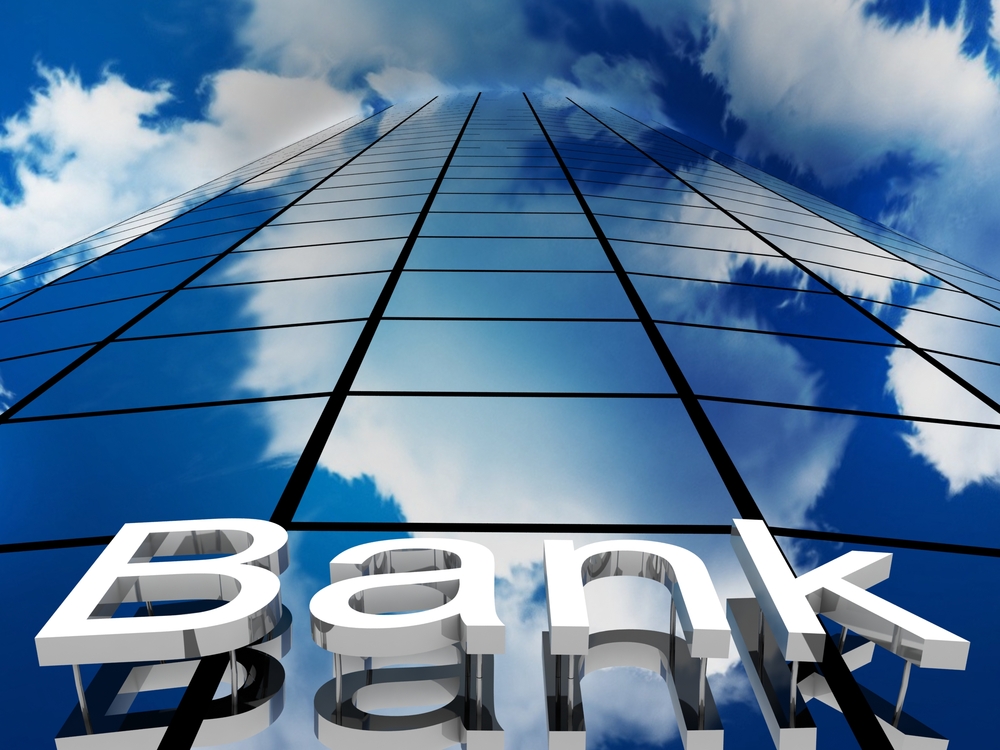 Did you realize that your bank is likely skimming off $110 a year in from your checking account simply for having a checking account? Of course, a checking account is one of the biggest conveniences on the planet and thus not easy to rid yourself of. So instead we’ll provide some tips to minimize or completely eliminate these costs. First of all, your best course of action is to move your checking account to a better bank. If you must stay at a big bank, however, some of the things you can do to minimize fees are things such as sign up for online banking and meet the fee waiver requirements (we've shared several tips to help you do this).

7. Cut, chop, slice and wash it yourself 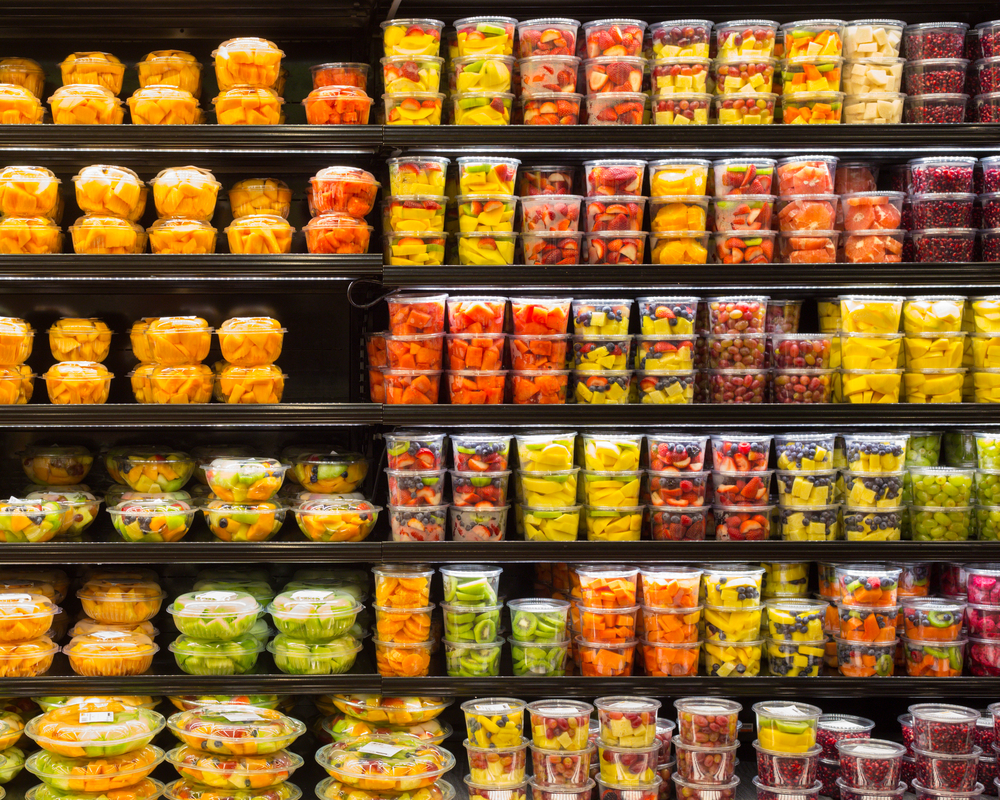 According to ShopSmart, you can expect to pay about 2-3 times more for pre-cut produce than their whole counterparts and for some vegetables the markup is even higher. For example, whole heads of kale cost $2.80 a pound, while the trimmed and washed version costs a whopping $11.67 a pound, which is likely not worth the few minutes of time saved by not having to wash it. At the end of a long and tiring work day, there are little scarier sights than seeing a mountain of fruits and vegetables just waiting to be cut and turned into a delicious meal. As we’re all looking for convenience, this type of dilemma is what leads millions of consumers to opt for pre-cut produce in an effort to save time before dinner. The problem is the time you save by buying pre-cut produce for convenience sake is costing you a lot more in the form of money out of your wallet. There scary part is, this is just one of the ways that supermarkets get you to spend more!

8. Get under the hood 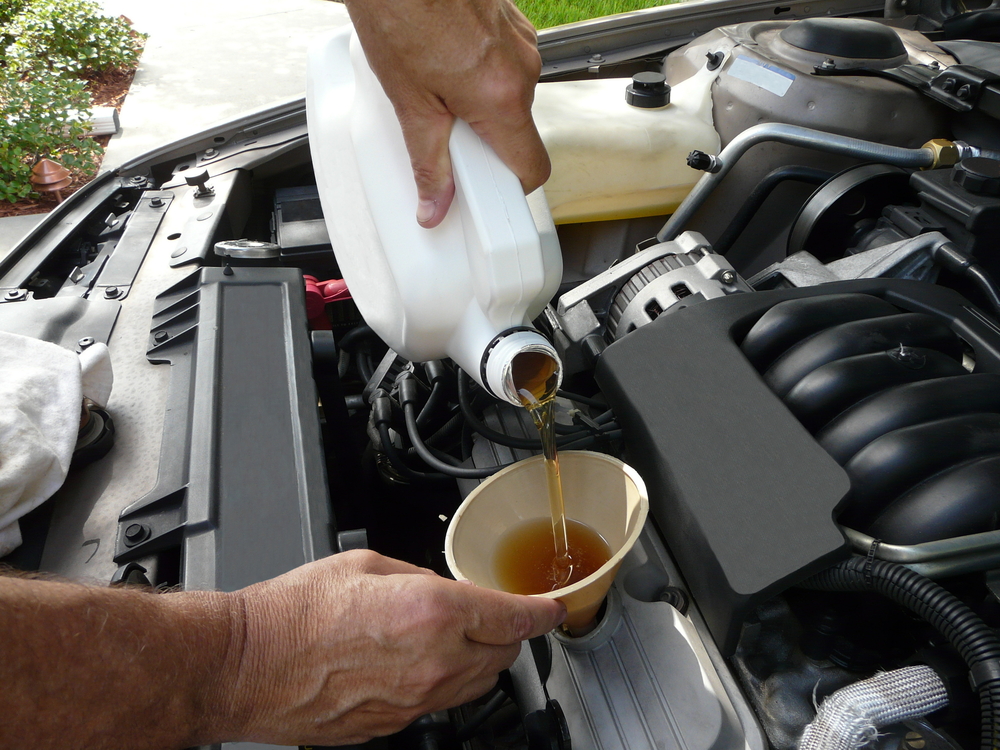 Why is it that most people in today’s society are still paying a whopping $50 for an oil change that they themselves can learn to do in about 10 minutes and still go to dealerships for their repairs, even though they are normally cost hundreds of dollars more? There are little feelings worse than hearing a creak, pop other sound in your car with an unknown origin. The first thought that goes into your head is “Oh no, how much is this going to cost?" Your wallet will thank you later if you either learn to make simple repairs yourself or always remember to take your car to a local auto body shop for repairs, instead of the dealership. For instance, Simon Zhen of the MyBankTracker staff recently had to replace the headlights on an old car. The auto shop quoted $180 to get the job done. Instead, he purchased new headlights for $90 and changed them himself -- it took just 20 minutes!

9. Don't drink away your dollars 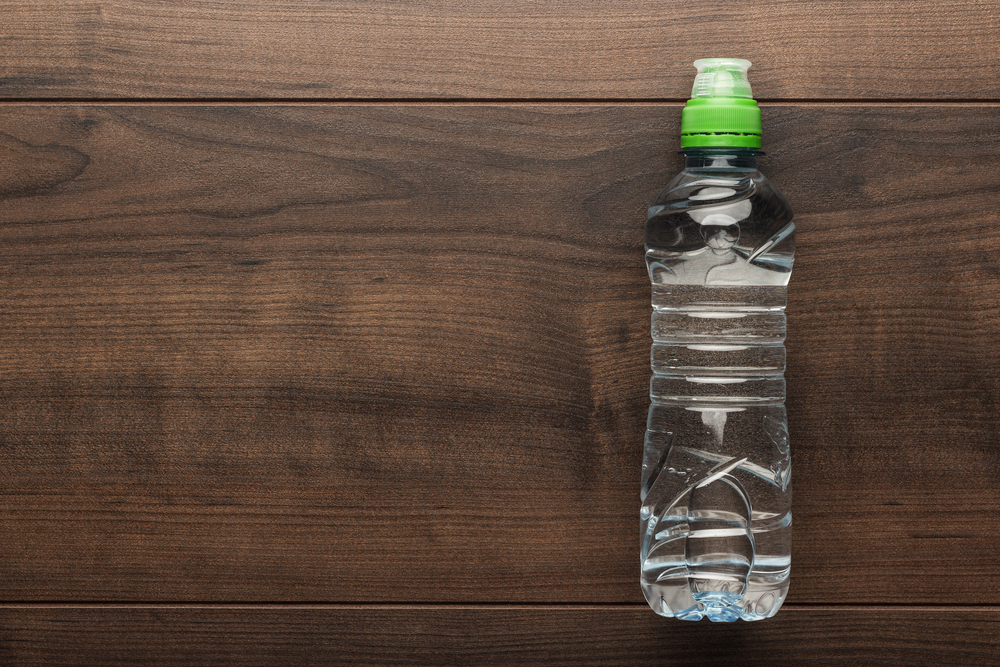 It’s hard to believe that the $1.50 bottle of water you pick up at the vending machine at work/school can actually develop into a habit that could cost you hundreds of dollars, but it’s the truth. For example, if you buy one simple bottle of water a day at work, that wold equate to $30 a month and a whopping $360 a year, for something that is usually free. While this may seem like a better option than buying the $3 energy drink out of the same vending machine, neither are great investments. A better idea is to simply use tap water and a water bottle. Of course, if you don’t like the taste of tap water, a simpler filtration system can cost as little as $20 and is much cheaper than water bottles in the long run.

About the author Kale Havervold
Kale is a writer who specializes in money management and personal finance.
Add a comment