The Freelancer’s Union estimates that 53 million people are freelancing and 38 percent of them are under 35. The flexibility and freedom that goes along with being your own boss is typically what lures them in, along with the idea that they can make big bucks without ever getting off the couch. 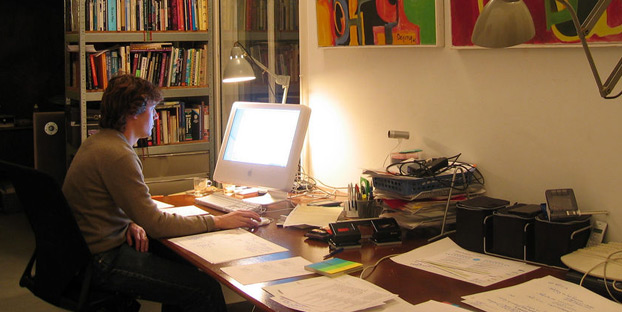 After being self-employed for the last five years, I can say from experience that the lure of easy money is a pipe dream for most freelancers. Writing, in particular, is an endurance test most of the time and while skill certainly counts for a lot, it’s not the only thing you need to be successful. I got into freelancing out of necessity after I decided to leave a corporate sales job to stay home following the birth of my second child. That first year was slow-going but I kept plugging along and my career looks much different now than it did when I started, fortunately.

The web is chock full of freelancing tips and advice that can prove invaluable when you’re just starting out, something that I wish I’d paid more attention to early on. Instead, I learned the hard way, by making some really dumb mistakes. If you’re a millennial who’s thinking of dipping their toes in the freelancing waters, here are four things you want to avoid doing at all costs.

“Know your worth” is the mantra of every seasoned freelance writer but it’s something that newbies don’t usually figure out right away. Instead, they do what I did and start at the very bottom of the barrel by writing for content mills. While some of them have good reputations, many of them are the writer’s equivalent of a sweatshop, paying $5 or $10 an article. Even if you’re a fast writer who can churn out 500 words in 30 minutes, you’re still not making much more than minimum wage once you factor in the amount of taxes you’ll have to pay on what you earn.

When I first started, I was making $15 to $25 per piece and writing between 4 and 8 articles a day. It sounds pretty decent but when you consider that some writers make a minimum of $100 per article, it looks like chump change in comparison. Unless you just really like eating ramen, you’re better off skipping the content mills altogether and going after private clients that offer higher pay, which brings me to the next big flub I made.

Mistake #2: Neglecting to choose a niche

While there’s always demand for a jack-of-all-trades in just about every field, specializing allows you to set yourself apart from the crowd. For example, some freelance writers like myself focus on personal finance while others cover business or home improvement. When you work within a particular niche, it gives you an opportunity to learn your subject inside and out, which in turn makes it easier to write with confidence and authority.

At this point, I know a lot about things like student loans, credit, retirement planning and debt but it wasn’t always that way. During my first year as a freelancer, I wrote about anything and everything that was handed to me, including solar panels, golfing, scoliosis and bail bonds. A pretty diverse range of topics to be sure but I didn’t find much of it appealing and my work was probably uninspired to say the least. What I neglected to realize was that if you’re going to spend hours out of your day writing, it should be something that interests you; otherwise you’re going to hit burnout at warp speed, like I eventually did.

Mistake #3: Saying ‘yes’ to everything

Saying ‘no’ to things is one of those things I struggle with in personal situations but it’s carried over into my professional life, often at the cost of what few threads of sanity I still have left. As a newly minted freelancer, I literally took every job that came my way even when it meant adding even more stress to my already over-burdened schedule, which also involved taking care of a toddler and a newborn full-time.

Somehow, I had gotten stuck on the idea that since I was new to freelancing I didn’t really have the option of saying no. Thankfully, I’ve gotten to the point where I’m able to turn down assignments that aren’t a good fit but there’s always that voice in the back of my head telling me that I can do just one more thing. Being selective about what’s really worth your time and energy keeps you from getting bogged down with work that isn’t emotionally or financially rewarding.

Mistake #4: Putting all my eggs in one basket

Unless you completely luck out and land a high-paying, long-term gig to start, one of the very worst things you can do as a new freelancer is focus all of your efforts on one client. Not only are you not giving yourself a chance to diversify, you’re risking losing all of your income at once if the company you’re working for folds or they decide they don’t need your services anymore.

That first year out, I wrote exclusively for one company and things seemed pretty good, despite some things I’d read online from disgruntled writers who’d been let go unexpectedly. A growing legion of people were predicting that they’d be belly up before too long but I tuned it out and kept pounding away at those $25 articles.

Fast forward to my first freelancing anniversary and it became clear that all the rumors that had been building for months were true. The company shut down, leaving myself and thousands of other worker bees to scramble for a new source of steady income. Ultimately, it was for the best because it forced me to look for better opportunities but at the time, it was my worst nightmare come true. Now, I still work in my pajamas from time to time but I’ve got enough clients to cover the gaps in case I lose one along the way.

Related Articles
Announcing the MyBankTracker Bank Awards Q3 2016
Common Employee Tax Benefits From Work
Addicted to Your Smartphone? Stop Making These Dangerous Mobile Banking Mistakes
Why College Is Still Worth the Time and Cost
Study: 1 in 5 Americans Spend More Time Planning Vacations vs. Managing Their Mo...
Projects Most Likely to Pay Off When You Finance Home Improvement