5 Ways to Take Advantage of the Rising Dollar Today

Main Street’s economic recovery might be stagnant and real wage growth might be in the doldrums, but the rising U.S. dollar is giving millions of American consumers a much-deserved financial break.

Since early July 2014, the dollar has risen 9 percent against a basket of currencies, meaning the U.S. dollar now buys more yen or more euros than it did just a few short months ago. Few Americans may speak Japanese, French or Italian, but the vast majority are savvy enough to know that a rising dollar translates into a bevy of economic benefits. 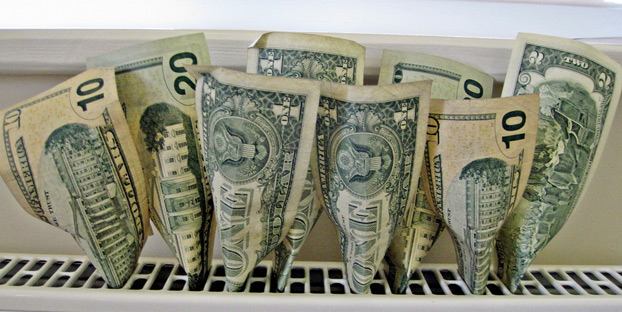 There’s even talk that the dollar’s rise still has a long way to go. That’s because previous dollar runs have shot up 20 to 30 percent before leveling off. And given that Japan has officially fallen back into recession and Europe’s economy just escaped negative growth last quarter, their respective economic leaders have promised to devalue their currencies by cranking up their printing presses while we throttle back our own stimulus programs (quantitative easing), the last of which ended in October. The nation’s political stability, military superiority, geographic advantage and economic diversity also point to the dollar’s added muscle.

Consequently, with more cheap yen and Euros flooding global markets and fewer dollars in circulation, the suddenly scarcer greenback has become the Rock of Gibraltar of currencies in an ocean of economic uncertainty.

Having come out of our own Great Recession, we could empathize with our financially fragile global partners, but now is the not the time. We have been battered and bruised enough and deserve to take advantage of this rare economic opportunity we’ve been handed.

Here are five ways you can take advantage of the strong dollar: 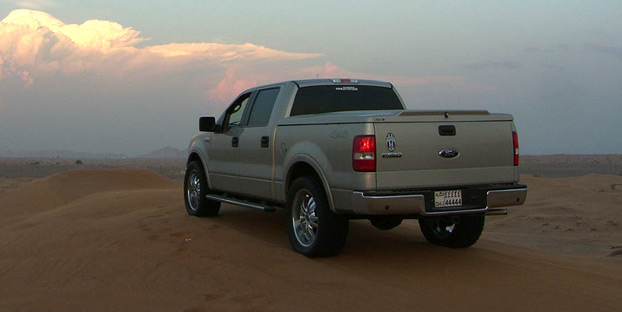 The price of oil has fallen about 25 percent since topping out at $105 a barrel in June. The reduction is saving the nation about $2 billion in year, or about $250 million a day. Most important to consumers, it’s saving them $600 a year.

There are lots of reasons for the plummeting prices, not the least of which is we’re out-fracking (a high-pressure hydraulic drilling process that fractures shale rock to capture natural gas and oil) the rest of the world, literally pumping new life into old fields thought to have little recoverable oil left.

Also part of the equation is the global oil market is dominated by dollars, so, just as the strong dollar buys more yen and euros, it also buys more oil, which drives the price of gas down even further for American consumers.

As a result, American consumers can now go a lot farther on a gallon of gas. So it should come as no surprise, with lower prices at the pump, if Americans jump in their cars in record numbers for the upcoming four-day Thanksgiving holiday weekend. As of Tuesday, Nov. 18, the average price of gas was $2.88 a gallon, according to Gasbuddy.com. That compares with $3.28 a gallon that drivers paid for gas last Thanksgiving Day. Overall, it’s estimated that Americans should save more than $650 million on gasoline this Thanksgiving compared with last year.

Those savings will buy a lot of extra drumsticks, not to mention, bigger, roomier cars. With falling gas prices, consumers are once again flocking to large pickup trucks, sport utility vehicles and crossovers en masse. Among the nation’s top-selling vehicles in October, the Ford F-Series, Chevy Silverado and Ram 1500 topped the list. Not a Prius in sight! 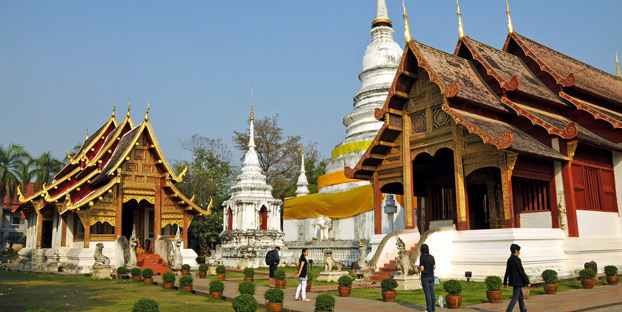 Europe and Asia are on sale for travel-happy Americans. Imagine getting 10 percent right off the top of everything you purchase, from German sauerbraten and Spanish tapas to trips down Venice’s Grand Canal.

The discount is a welcomed turnaround because up until the dollar’s recent surge, traveling abroad has been largely a rich person’s game, according to Skift.com, a travel information website, which reported in August that just 13 percent of Americans traveled to another country in the last year.

Americans bound for foreign lands aren’t just expanding their cultural horizons, they’re also expanding their opportunities for success in life. A recent U.S. Travel Association study reported that students who took an educational trip when they were between 12-18 years old earn 12 percent greater personal income and were more likely to attain a college degree.

More travel also translates into more job satisfaction, according to the Society for Human Resource Management, which reported in a study that employees who take most or all of their vacation days perform better compared with employees who take less vacation.

For whichever country you’re planning to visit, you can check out its current currency conversion rate on XE.com.

Ideally, you could put all of your purchases on a credit or debit card, but it’s unrealistic to think you will never have to convert your dollars into another country’s currency, especially when making smaller purchases. Even if you pulled off the feat, most bank ATM and credit card usage fees run 2 or 3 percent.

Capital One, however, is one bank that offers a zero percent foreign currency conversion fee via its Capital One 360 checking account.

When using your credit card abroad, try to pay in the local currency. If you instead accept the vendor’s “guaranteed” rate offered “for your convenience” you will usually pay more than what your own bank charges.

If you absolutely can’t make it to Europe this year, your delay could actually work to your advantage. Goldman Sachs Bank USA, an American multinational investment firm, has forecast the euro will slide to $1.15 by the end of 2015 and $1.05 by 2016. It currently costs about $1.25 to purchase one euro today.

So, with Europe on sale, you don’t have to settle for replicas of the Eiffel Tower in Las Vegas or the Matterhorn in Anaheim, Calif., you can go see the real things. Why go to Pittsburgh when you go to Paris?

3. Invest in the stock market 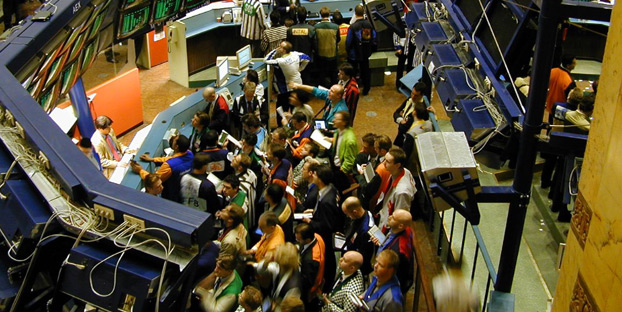 With scared, rate-hungry foreign investors seeking shelter from the economic storms in their own countries, the U.S. stock market has stood out like a beacon. A very basic principle has been at work, namely that foreign investors are looking for growth at a reasonable price (GARP), wherever they can find it, and the American stock market has delivered. Interestingly, but hardly a coincidence, the current dollar bull market dates back to late 2011, and in that time, the S&P 500 stock market index has risen 47 percent.

Going forward, however, or at least while the dollar continues to rise, both foreign investors and American investors will be best served by limiting their exposure to American multinational companies that derive much of their revenues from overseas operations and get paid in currencies that are weak against the dollar. As much as you might like the tech sector, for instance, you might want to take a timeout because the industry as a whole pulls about 60 percent of its revenues from foreign countries, according to Goldman Sachs Bank USA. That would mean reducing your shares in companies like IBM, Apple and Oracle.

Conversely, investors in a strong-dollar environment should tilt more of their investments toward companies that get most of their revenues from domestic operations. Actually, these domestic producers benefit from a strong dollar in two ways. Take a domestic airline like Southwest Airlines, for example. First, they benefit from buying jet engine fuel at a reduced price, and second, they’re serving a largely domestic market, unlike, say, United or Delta, which have stronger international operations.

You can use this same formula to invest in other sectors. For example, TJX, owner of Marshalls and T.J. Maxx, discount clothing stores, love a strong dollar because much of the merchandise they sell in their domestic outlets is procured overseas at a discount because of the rising dollar. Similarly, if you want to pad your portfolio with some health care stocks, you might select CVS Pharmacy, a largely domestic operation, over a multinational pharmaceutical company like Pfizer that has more exposure to foreign currencies.

4. Load up on foreign goods 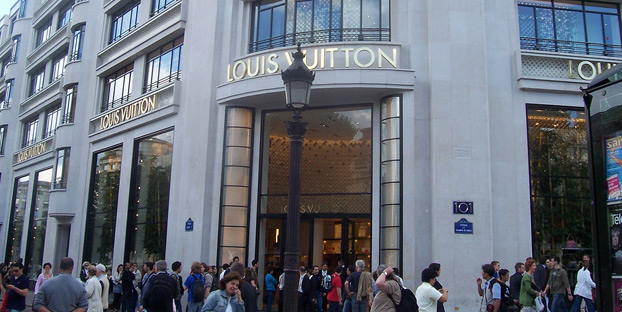 When the dollar is weak, many foreign goods are unaffordable for most Americans. Brands like Louis Vuitton, Hermes, Cartier and Prada seem untouchable.

But with a strong dollar, all of these imports become less expensive. Foreign manufacturers almost gain an unfair advantage in the American marketplace.

Here’s an illustration. In September, Subaru, normally a niche player in the vast American auto market, reported that it had its best-ever sales month (August 2014) in company history. Its year-over-year sales increase was 22 percent. Subaru has always made good cars, but when the company reports that it sold more Legacy, Forester, XV Crosstrek and Outback autos ever in August, you know more is in play than just product quality. That big tailwind driving sales forward is the strong U.S. dollar.

In contrast, domestics, like Ford and General Motors, don’t have the same competitive advantage as Subaru Toyota and other manufacturers.

So, if you’ve been craving a Porsche or a pair of Gucci’s, now’s the time to put your power-dollars to work. 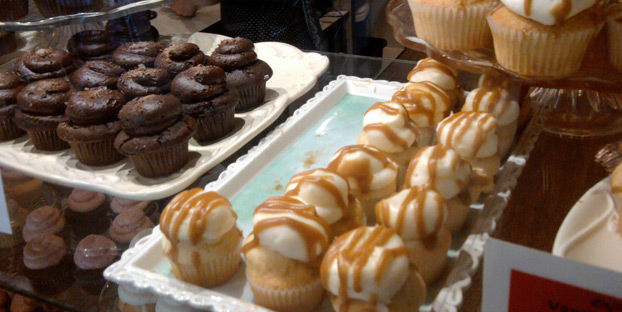 In May, Ben Bernanke, the former Fed chairman said he expected “No rate normalization in my lifetime.” Bernanke is only 60. In other words, one of the world’s most esteemed policy makers does not expect to see the federal funds rate — the rate at which banks make overnight loans to one another — to return to its normal long-term average of 4 percent.

So, cheap money should be available to creditworthy entrepreneurs who want to start businesses. With inexpensive money available, start-ups will have more capital to hire employees, buy equipment, build infrastructure and keep cash flowing until becoming firmly established. With inflation in check, they should also be able to better forecast future growth.

There’s no question that King Dollar reigns supreme, but how long will it keep its crown? As good as a rising dollar is for consumers in terms of cheaper gas, taking global junkets, purchasing fancy foreign goods, cashing in on the stock market and starting a business, a strong dollar is not so good for the American economy.

A strong dollar means American exports become more expensive and harder to sell. At the same time, visitors to our own country also will find it harder to buy. The twin forces add to our trade deficit and could put the brakes on America’s job recovery.

As an example, after the European Central bank surprised financial markets in early September by announcing a cut in interest rates and new stimulus plans — a consequence that further strengthened the dollar — currency expert Dennis Nixon, president and CEO of IBC Bank, based in Laredo, Texas, said the impact could cut spending by overseas visitors to New York City by 50 percent. Last year, New York City tourism generated $61 billion in business. So half would represent about $30 billion in lost revenue to the city.

For now, however, that might be an acceptable trade-off for the American consumer. It’s our turn to go on a shopping spree. We deserve it, and a rising dollar gives us just the clout and excuse we need.

Related Articles
Know These Store Credit Card Pros and Cons Before You Get to the Register
Is it Worth Spending Money on a Wedding?
Report: 28% of Americans Wouldn’t Marry Someone Who Had Debt
Income-Based Student Loan Repayment May Leave You Deeper In Debt
How to Determine Your Tax Bracket
How to Reduce Next Year’s Income Taxes

Peter is a staff writer at MyBankTracker.com who covers banking, personal finance, investing and homeownership.