Learn more about how TD Bank customers can deposit and count their coins after the Penny Arcade machines were removed from branches. 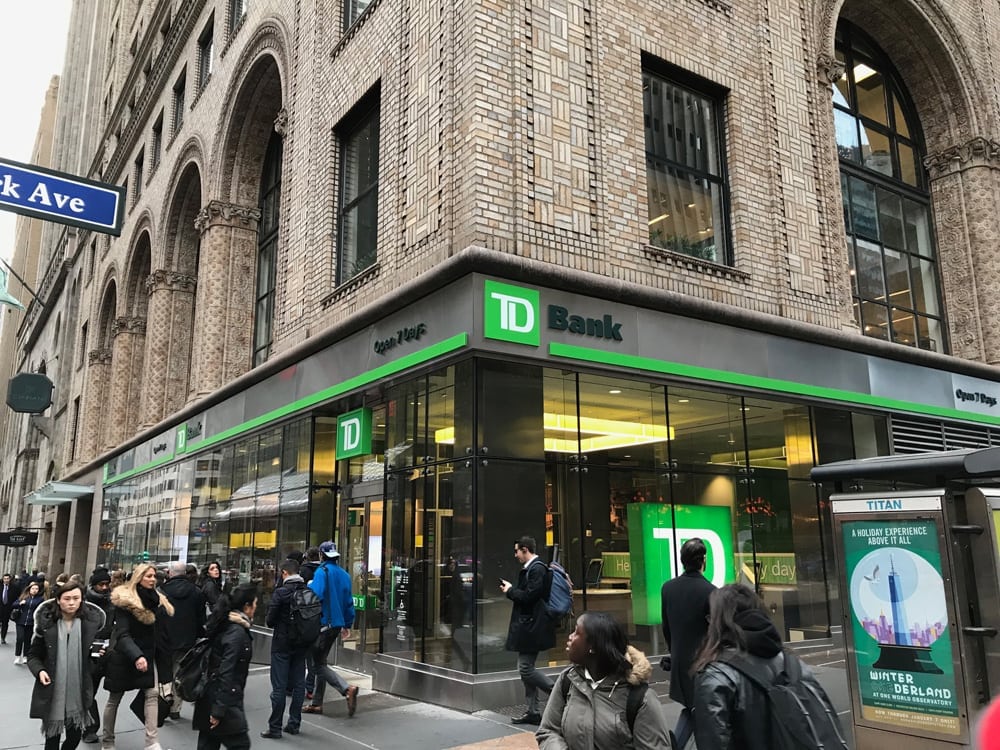 TD Bank, coined as America's Most Convenient Bank, does not provide coin-counting machines to customers.

Previously, the bank was popular because it did offer the "Penny Arcade" coin-counting service, but it has been suspended due to reports that it was shortchanging users.

If you need to deposit a large number of coins, find out where you can still do so.

In order to deposit coins, TD Bank customers will have to use coin wrappers. These wrappers are available for free by visiting a TD Bank branch.

Tip: Most banks will give you free coin wrappers.

Customers have to wrap their coins at home before depositing them.

This is the standard procedure that most other banks don't offer coin-counting machines.

Where You Can Still Find Coin Counters

Although TD Bank doesn't offer coin-counting machines, other banks may provide them.

However, you'll most likely have to pay a fee (a small percentage of the amount counted) if you're a non-customer. Some banks won't even let you use the machines as a non-customer.

Coinstar for gift cards and donations

Coinstar, a third-party company, has coin-counting machines at supermarkets.

However, it does come with an expensive 11.9% fee when the coins are converted into cash.

Luckily, you can avoid the fee because Coinstar also allows you to exchange your coins for gift cards and charitable donations without any fee.

In 2008, Canadian-based TD Bank acquired Commerce Bank and since then has kept most perks, such as being open seven days a week, allowing dogs, and offering dog treats.

The Penny Arcade machine was a coin counter that allowed anyone (even non-customers) to count their coins.

Users were allowed to guess the total value of the coins.

If guessed within a certain range of the correct amount, users would collect a small prize when they took the receipt to a TD Bank teller.

Meanwhile, users could cash out the coins or have them deposited into a TD account.

In November 2015, TD Bank started charging non-customers to use the machine. An interesting decision by TD, as the service drove over 6 million non-customers a year to TD branches.

Mixed response to the fee changes

If you are like us, you know counting change can be annoying. This is why TD Bank's decision to begin charging non-customers is kind of a bummer.

The service, which was a free-for-all, started to come with a 6% fee for those who don’t have a TD account.

One comment read: “I am a customer of TD, and it never made sense to me that non-customers received the same convenience at no cost to them.

They should bank with them if they want the service for free. I am sure their bank doesn't provide free coin counting.

TD is a fantastic bank and not a non-profit, and the bottom line is that coin-counting machines and the processing of the coin are expensive! All you have to do is be a customer!”

While this move to charge have upset non-customers who use the service every year, TD Bank felt is was the best decision for their current customers.

When asked why the change was made, a spokesperson for the bank indicated that a number of customers and employees were complaining that non-customers who use the machine were negatively impacting the service (Source: American Banker).

TD removed the coin-counting machines from all branches in May 2016 because customers were complaining that they were being shortchanged.

Allegedly, the machines counted coins inaccurately. Customers counted the coins before putting them through the machine and discovered that it was consistently recognizing less money than it should.

<p>They should offer the service again with a waiver. it is ridiculous the cheap bastards that complain about a few cents shortchange. A**holes.</p>

<p>When I first opened a checking account with TD they were indeed a convenient bank. They had a covered drive up ATM. Great in bad weather. They opened a new branch in Branford, CT and no drive up ATM like the old branch. Say goodbye to that convenience. You could also withdraw money from any ATM at no cost. TD would absorb the fee. Well they dropped that convenience and added a 2 dollar fee in addition to the fee charged by the non-TD ATM. Bend over. The coin counting machine was great. But a real inconvenience for the bank staff to keep changing those heavy bags inside the machine. But it was so convenient to TD customers. See yah coin counting machines. It is clear that TD only cares about things that are convenient to their staff and their bottom line. Profits before people once again.</p>

<p>To thoughts commenting on coin machine and free. If your a customer what is it of yours weather it's free or not mind ur business and keep your little sh$$$ dogs out side... You'll never get potential customers this way sometimes people with know buss.just need to shut the f!@# Up... Last Time for coin saving Coin star now for the hell of it.!!! Not that serious.</p>

<p>It's a nice way to bring people into their doors and possible help convert these people into TD customers. But, I'm guessing that the strategy didn't pan out as intended.</p>

<p>I think that's the way it Should b, if you're a Non member of Any establishment, u Should b charged for using their services </p>

<p>Just seem like it would help the bank with new customer because they have there foot in the door and TD has the chance to offer there banking service. And it money for money! They don't do the work the machine does. How hard is it to collect coins in a bag!</p>

<p>Whew, it must be very useful to get coin counting service especially if we receive tons of coins from convenience stores customers. </p>