Should You Use a Bump-Up CD?

Find out whether a bump-up CD (certificate of deposit) is the right savings option for you during a time when you're unsure about the direction of interest rates. Learn how CD rates fluctuate to see when it is best to take a rate-increase option. Consider the alternative to bump-up CDs: a CD ladder. 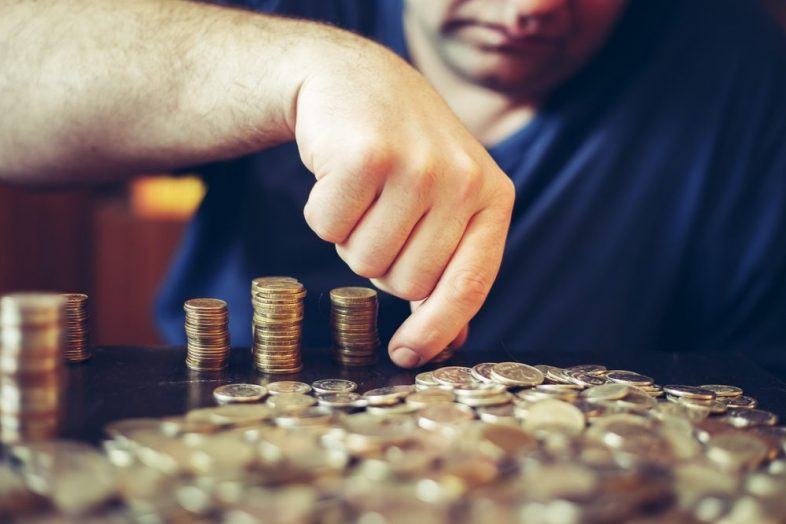 Certificates of deposit (CDs) are a great way to earn more interest than a savings account would offer, so long as you’re willing to tie up the money for the term of the CD.

Other than the fact that you have to commit your money to a CD for its full term, you also get stuck with the interest rate that the CD pays when it is opened.

This can be a good thing because you’ll keep your interest rate even if market rates drop.

However, if interest rates increase, your CD’s rate won’t change, so you’ll lose out.

You may have come across a bump-up CD, a special type of CD that allows to adjust the interest rate.

Find out whether it is a good option for your financial outlook.

What is a Bump Up CD?

A bump-up CD is a special type of CD that offers the benefits of CD with a few extra features. Different banks may have different names for these CDs.

A typical CD is a deposit account that banks offer to their customers. Like a savings account, CDs offer a safe place to store money while earning interest. What sets CDs apart from savings accounts is that they pay more interest.

The reason that CDs can pay more interest than savings accounts is that you lock your money into a CD for a specific amount of time.

The agreed-upon CD rate does not change during that period of time.

For example, you might open a CD with a 5-year term. That means you’re promising the bank that you won’t withdraw the money from your CD for five years as it earns the rate that you sign-up for.

Fees for taking money out early

Banks are willing to offer more interest when they know you won’t be withdrawing the money anytime soon.

If you do try to withdraw money from a CD before it matures, you’ll have to pay an early withdrawal fee. This fee is usually equal to a few months of interest, with longer-term CDs charging higher fees.

Bump up CDs give you an option, usually a one-time option, to increase your interest rate to the current market rate.

Some bump up CDs also let you make an additional deposit to the CD to take advantage of the increased interest rate.

These features let you avoid the pain of having your money committed to CDs when rates rise.

In exchange for this flexibility, bump up CDs usually, pay slightly less interest than CDs with the same term.

When to Consider a Bump Up CD?

A bump up CD lets you avoid some of the downsides of locking your money into a CD for the CD’s full term.

With a normal CD, once you open the account, nothing about it will change, over than the balance, which will grow as you earn interest.

The interest rate you earn is locked in for the full term of the CD.

The downside to the certainty provided by CDs is opportunity costs. Interest rates on things like savings accounts and new CDs change all the time.

If rates increase, you’ll face an opportunity cost by having locked your money in a lower interest CD.

Bump up CDs are designed to let you take advantage of an increase in interest rates. You get no benefit from one if interest rates drop, so you should only open a bump up CD when you think that rates are on the rise.

So, if you think the economy will improve, a bump up CD can prevent you from missing out on rising rates.

When to Activate Your Rate-Increase Option?

You should activate your rate-increase option when the rate on new CDs is higher than the rate your CD is currently paying.

The issue is that most bump up CDs only let you use the option once, so you need to make sure it’s worth increasing the rate now rather than waiting for rates to get even higher.

To be able to make that decision, you need to know how interest rates are determined.

The interest rate market is very complex and can be difficult to understand.

The important thing to know is that one of the biggest determiners of interest rates on nearly every financial product is the Federal Funds Rate.

The U.S. Federal Reserve is the central bank of the United States. Its objective is to “promote the effective operation of the U.S. economy and, more generally, the public interest.”

One of the ways that the Federal Reserve influences the economy is by setting a target for the Federal Funds Rate.

The Federal Funds Rate is the interest rate at which banks lend to each other for overnight loans.

Banks must maintain a certain “reserve balance,” deposited at the Federal Reserve, based on how much money its customers have deposited.

When a bank can’t meet that balance, it borrows money from other banks’ reserve balances to meet the required balance.

Banks may be unable to meet these balance requirements because they’ve lent a lot of money to customers.

What that means is that as the federal funds rate increases, it becomes more expensive for banks to borrow money from each other.

On the other hand, it means that banks can make more money by lending to other banks.

When you put money in a CD, you’re effectively lending money to the bank. That’s why the bank pays interest.

The bank can then turn around and lend the money you deposited to other banks.

Since the bank that you opened your CD at uses that money to make money by lending to other banks, it can pay you more interest because it is earning more interest.

As you can see, the way it works is complicated, but the important thing to know is that the Federal Funds Rate influences all other interest rates.

One alternative to opening a bump-up CD is to use a strategy called CD laddering.

What is a CD ladder?

A CD ladder is a series of regular CDs, timed to mature at set increments. This gives you access to some portion of the money in a CD ladder at these increments, letting you roll the money into new CDs with current market rates.

You have $5,000 and want to start a CD ladder, with the longest-term CD maturing in 5 years, and to have one CD mature every year.

You would start by dividing the $5,000 into $1,000 increments. Then, open five CDs, one with each of the following terms:

Every year, one CD would mature. You can then use the money, or immediately roll it into a new, 1-year CD to keep the ladder going.

So long as you roll each maturing CD into a new 1-year CD, you’ll always have a CD maturing every year.

You can set up CD ladders with different times between maturity and different total lengths. Whatever works best for your situation.

How it can replace bump-up CDs

A CD ladder can let you replace a bump up CD because you will be opening a new CD every so many months when one of your existing CDs matures.

When you open the new CD, it will pay whatever the market rate for that term of CD is.

You’ll be getting a bump up in rate, for some of your money at least, every time one of your CDs matures.

Another benefit of CD ladders is liquidity. You’ll have consistent access to some of the cash in your CD ladder.

If you wind up needing to use some of the money for a large expense, you won’t have to pay the early withdrawal penalty on the balance of the whole ladder, just the CDs that you liquidate.

One downside of using a CD ladder to replace a bump up CD is that it might act like a bump down CD instead.

If rates drop, the new CDs you open will have lower rates, so you would have been better off just putting all the money into a single long-term CD.

When a CD matures, the bank will usually roll it into a new CD of the same term if you don’t provide specific instructions to do otherwise.

That means you’ll need to check with the bank on a regular basis to provide instructions on what to do with each maturing CD.

Bump up CDs give you the flexibility to increase the interest you earn when market rates rise, but the security that you want in the event that rates drop.

That benefit makes them a very attractive option for someone who wants to open a CD.