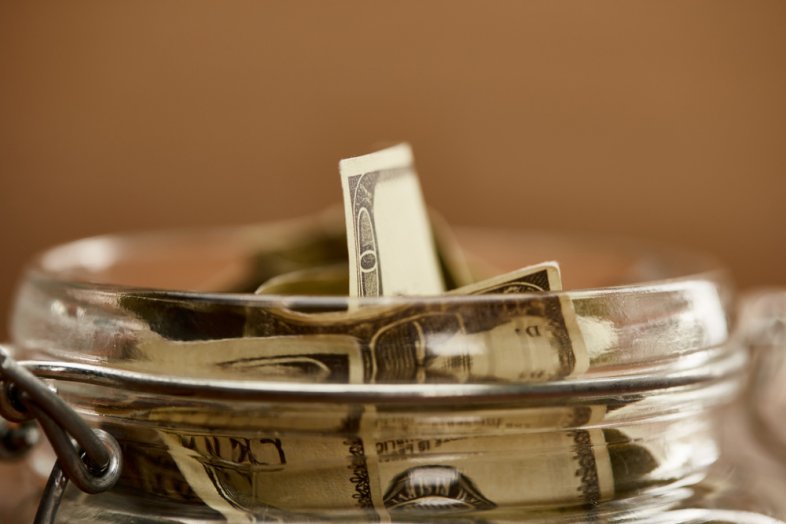 You’ve saved up your extra dollars and cents and you have a good amount of money that you’d like to put aside for a specific goal.

For long-term savings goals with a 10-year time span (e.g., a new home or retirement), a 10-year certificate of deposit (CD) might be worth your consideration.

The biggest upside is that you can lock in a favorable 10-year CD rate.

There are a couple of other good reasons for such a super long-term CD:

Additionally, if you want to look at it another way, a 10-year CD can help you resist the temptation to spend the money -- albeit for an extended period of time.

If you’re in the market for a 10-year CD, we surveyed thousands of banks in the United States to help you identify the best 10-year CDs available.

Where to Find the Best 10-Year CD Rates

Many of the best rates for 10-year CDs come from smaller, lesser-known banks.

Often, these banks will be online banks and allow people to open accounts from anywhere in the United States.

When you compare the different CDs, you’ll find that each bank offers different terms, conditions, and interest rates.

You’ll have to decide on the combination of minimum deposit requirements, interest rates, and early withdrawal penalties that works for you.

One of the primary reasons that people want to open certificates of deposit is for the interest that they earn.

CDs offer better rates than other accounts and long-term CDs, like 10-year CDs will offer some of the best rates.

Another benefit of long-term CDs is that you’re locking in your rate for the full term of the CD. Other accounts can change their rates whenever they want, so if rates go down, you can come out way ahead with a CD.

CDs also offer a sense of certainty and security.

CDs are also insured by the Federal Deposit Insurance Corporation. The FDIC protects up to $250,000 per depositor, per account type.

Even if the bank you use to open your CD closes, the FDIC will make sure you get your money back (up to the insured amount).

When you open a 10-year CD, you commit to keeping your money in the account for the full ten years.

This can act as a deterrent to making early withdrawals.

Adding that extra deterrent can help force you to keep your savings rather than spending it on a whim.

All 10-year CDs, by design, are inflexible. Once you put your money in the CD, you’re not supposed to take money out for the next 10 years.

Unfortunately, nothing in life is certain.

You might be hoping to use that money to help pay for your child’s college, only to find that your child doesn’t want to pursue higher education.

Alternatively, you may run into a financial emergency and need the money you have in your CD.

You only get an opportunity to make changes to your CD once every ten years, and it can be hard to predict that far ahead. If circumstances change and you have to make a withdrawal, the cost is likely to be high.

When you open a CD, you lock in your interest rate. Over the course of ten years, the interest rate market can change drastically.

It’s hard to predict how rates will move, so this is a risk you have to face.

What are the differences between a 10-year CD and a savings account and when might you want to use one or the other?

The best way to put it:

A 10-year CD will likely offer a higher interest rate than a savings account but the trade-off is that you cannot touch the money. Savings accounts are more flexible, letting you make withdrawals as you need, with much fewer restrictions.

Generally, if you’re just trying to build an emergency fund or set aside money for easy access, a savings account is a better choice.

On the other hand, 10-year CDs shine when you have a specific goal in mind, know the timeline that you’ll follow the reach that goal, and know that you won’t need the money for at least ten years.

When Does it Make Sense to Open a 10-Year CD?

There are a few scenarios in which you might want to open a 10-year CD.

If you've got the immense foresight to put down savings for a goal in the next decade, a 10-year CD makes sense.

For example, you can set that money aside for:

When the time comes, you'll be glad that you locked away a large chunk of savings for such key financial goals or expenses.

When it comes to your overall financial portfolio, you may want to take a look at the risk of your investments before considering a 10-year CD.

What it can do for you:

Reduce the risk dramatically in your portfolio.

For example, you're slowly approaching retirement age and you don't want too much volatility in your investments in case of an economic downturn. So, you might choose to rebalance your portfolio with the help of a 10-year CD, which is a very safe investment that ensures you'll have cash available during retirement.

One thing that you should always look at when you’re thinking about opening any CD the early withdrawal penalty.

For long-term CDs, such as 10-year CDs, looking at this penalty is doubly important as the likelihood that you’ll need to make an early withdrawal increases with the length of time you’ll own the CD.

When you open a CD, you’re committing to keeping your money in the account for the full term of the CD.

This commitment is why the banks are able to offer better interest rates on CDs than on savings accounts.

Even if you plan to hold to your commitment, sometimes, life comes up. You might have an unexpected medical bill or have to relocate to a new city. Whatever it is, an unexpected expense can force you to make an early withdrawal from your CD.

If you withdraw money from your CD before the term ends, you’ll have to pay a fee.

The majority of banks calculate this fee using the amount of interest you earn daily. Longer-term CDs tend to charge heftier fees.

For example, a 1-year CD might charge an early withdrawal fee of 90 days of interest while a 10-year CD may charge a fee of one year of interest.

Sometimes, you might want to choose a CD with a lower rate if it has a notably lower early withdrawal penalty.

The peace of mind that you can get from knowing you won’t be as heavily penalized for making a withdrawal in an emergency can be worth it.

Watch Out for Automatic Renewals

One thing that you have to watch out for when you open a CD is automatic renewals.

When your CD matures, you will have a set amount of time, typically 5-10 days, to make changes to your CD.

This can include adding or removing money or deciding to use the money to open a different account.

If you don’t make any changes, most banks will roll your balance into a new CD with the same term as your current one.

This means that your money will be deposited to a brand new 10-year CD and that you’ll have to wait the full 10 years to make a withdrawal without paying a fee.

Because automatic renewals can lock your money in for the long-term, especially if you have a 10-year CD, you need to know when your CDs mature and make sure that you don’t let them renew unless you really want them to.