Learn about the interest rates and early withdrawal penalties on the certificates of deposit (CDs) from Fifth Third Bank and compare it to online CDs. 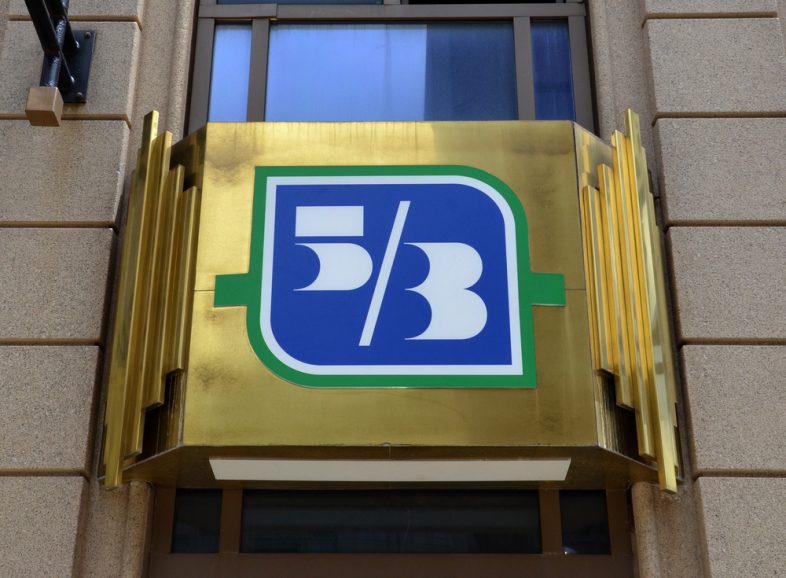 When you've set your mind on growing your extra savings, a certificate deposit (CD) comes up as a great option.

Money deposited to a CD must be kept in the CD for a set amount of time.

For this commitment, banks will (usually) pay more interest than what you'd get from a savings account.

You might turn to a nearby big bank, such as Fifth Third Bank, for a CD.

The bank is very popular in the Midwest and Southeast.

If you’re looking to open a new CD, learn everything you need to know about Fifth Third Bank’s CDs.

CDs tend to offer higher rates than most other types of deposit accounts, such as checking, savings, or money market accounts.

The main reason you’d want to open a CD is its interest rate, so you should mostly look for a good interest rate when you’re comparing CDs.

Fifth Third is a regional bank that operates brick and mortar locations.

If you like being able to go to the bank and talk to someone face-to-face, that’s good news. If you’re looking for the best interest rate possible, that’s not good news.

Brick and mortar banks cost a lot of money to run.

The bank has to buy or lease locations to put branches, pay for the maintenance and utilities, and hire people to staff the branches. That’s why brick and mortar banks tend to charge more fees and pay lower rates.

Online banks, by contrast, are much cheaper to run.

There’s no physical locations to operate and much lower staffing needs. They’re able to pass those savings on to their customers with lower fees and higher interest rates.

There is one way to earn a better rate on the money you deposit to a Fifth Third Bank CD.

The bank offers promotional CDs with increased rates, at the cost of higher minimum deposit requirements.

These CDs offer rates up to forty times higher than the rates of standard CDs.

To open one of these promotional CDs, you must have at least $5,000 to deposit to the account.

Contrast this to the normal minimum deposit requirement of $500.

If you’re able to make the $5,000 minimum deposit, you’ll be rewarded with a rate that rivals or beats the rates offered by online banks.

Of course, not everyone can make that commitment or even have the money to afford it.

When your CD’s term ends, its balance will automatically be rolled into a new, non-promotional CD with a lower rate unless you withdraw your money.

CDs are very similar to savings accounts in that they’re a great place to keep your extra money if you don’t expect to need it in the short-term.

Like savings accounts, they pay interest on the money you deposit, but there is one major difference to remember.

Opening a CD involves making a commitment to the bank. You have to promise not to withdraw any money from your CD until a set period of time has passed. This period of time is the CD’s term.

Fifth Third Bank offers a variety of terms to choose from.

You can open CDs with nearly any term ranging from 7 days to 84 months.

Keep in mind that CDs with a term shorter than 90 days has an increased $5,000 minimum deposit rather than the standard $500.

This level of flexibility is a huge benefit, making it easy to choose a CD with the exact term that you need to ensure that your money is available when you need it.

Because longer terms lead to higher rates, when you open your CD, you might be tempted to open an 84-month CD.

Unless you can actually commit to the full term, resist this temptation.

If you make an early withdrawal from a CD before its term ends, you will have to pay a penalty. The penalty is based on the CD’s original term.

In all cases, unless you make a withdrawal within the first week, the fee cannot exceed the amount of interest you’ve earned.

That means there is no way to lose money by depositing it to a Fifth Third Bank CD.

Banks want to make sure that the amount of money that you’re depositing to a CD is sufficient to be worth the effort of managing the account.

Banks use the money you deposit to fund their other activities, such as lending, so they like it when people deposit a lot of money.

The majority of Fifth Third Bank’s CDs have a reasonable $500 minimum deposit requirement.

This is pretty standard among brick and mortar banks.

is a special type of tax-advantaged account that gives you tax benefits if you use them to save for educational expenses.

These plans can get complicated because the tax benefits that they offer vary from state to state.

At the federal level, the money you contribute to a 529 is not tax deductible.

That means you’ll pay taxes as normal when you add money to the account. Where you benefit is when you withdraw the money.

So long as the money is used for a qualified educational expense, you’ll pay no interest. That means that the money in your 529 will grow tax-free.

At the state level, you get the same benefits when withdrawing money from a 529 account.

Additionally, more than 30 states offer full or partial tax deductions or credits when you contribute money.

Depending on where you live, you might get a discount on your tax bill in the year that you contribute to a 529.

Use Your CD as Loan Collateral

Sometimes, people need to borrow money, but they might have some trouble doing so.

Poor credit or high interest rates can make it difficult to get the funds that you need. This is where a secured loan comes in.

Secured loans are easier to qualify for and offer lower rates because the bank takes on less risk. When you apply for the loan, you offer something as collateral for the loan.

You can enjoy the benefits of the interest that you’ll earn while getting access to the loan that you need.

When a CD’s term has ended, the CD is said to have matured.

A CD’s maturity date is your chance to make withdrawals or changes to your CD without paying any early withdrawal fees.

Fifth Third Bank offers a grace period from the day that your CD matures.

For CDs with a term shorter than 32 days, the grace period is one day.

CDs with a longer term have a 10-day grace period.

If you want to make a change or withdrawal after the grace period ends, you’ll have to pay an early withdrawal fee.

Fifth Third Bank’s standard CDs are nothing to write home about.

You can find a better interest rate with a similar minimum deposit at many other regional and national banks. You’ll finder even lower minimums and better rates at online banks.

If you can manage a $5,000 minimum deposit, the promotional CDs may be worth considering, but many people won’t have that much money to commit.

If you’re considering opening a CD, take the time to shop around to find the right CD for your needs.

Finally, take into account what happens when your CD matures. Make sure you have enough time to make changes so you don’t get locked into a new CD.

Fifth Third Bank’s CD rates are not too competitive.

You’d be better off putting your money in a CD from an online bank in most cases.

The only reason to consider the bank is if you’re able to deposit enough to open a CD with a promotional interest rate.