Huntington Bank CD Rates 2022 Review: Are They Good for Your Savings?

Learn about the interest rates and early withdrawal fees on the certificates of deposit (CDs) from Huntington Bank and compare them to CDs from online banks. 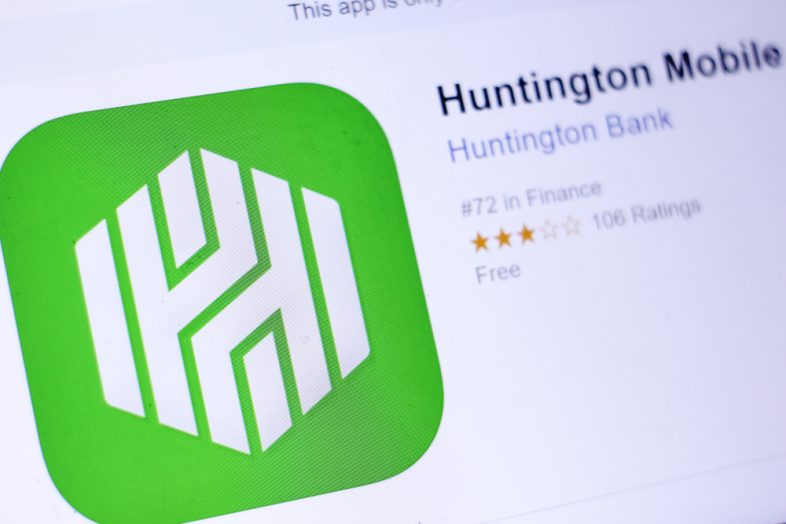 When you've got some extra cash that you don't need for a while, it makes sense to look into certificates of deposit (CDs).

Not surprising given that it is one of the largest regional banks in the United States. It operates 956 branches across Indiana, Kentucky, Michigan, Ohio, Pennsylvania, West Virginia, Illinois, and Wisconsin.

The bank offers a few kinds of CDs to its customers.

There are the regular CDs and then there are promotional and jumbo CDs.

If you’re thinking about one of these options from Huntington Bank, learn everything about them before you open one.

Regular CD Rates Not Too Good

CDs are able to offer much higher interest rates than other accounts, such as money market accounts, checking accounts, or savings accounts are able to.

The higher interest rate is the main reason you’d want to open a CD.

If you’re ever comparing two CDs, start by looking at the interest rate.

Huntington Bank is a regional, brick and mortar bank.

Brick and mortar banks are great for people that like to be able to visit a branch and speak to someone face to face when they need help.

The downside is that brick and mortar banks are costly to run. The bank has to rent or buy real estate to open branches. Then they have to pay for maintenance and upkeep and hire staff to work at the branches.

Online banks are much cheaper to run.

They don’t have to operate any branches and can centralize their operations, reducing costs a lot.

Huntington Bank’s CDs offer interest rates that are in line with the rates offered by most brick and mortar banks -- you'll earn very little on your CD deposits.

Earn More with a Promo CD

One thing to note about Huntington Bank’s CDs is that there are promotional CDs available.

These CDs offer much higher interest rates than the standard CDs do.

The rates on these CDs can compete side-by-side with the rates offered by online banks.

There’s no special restriction on the promotional CDs surrounding the minimum balance or other requirements. However, there are fewer terms options available.

You can only choose a 14 or 19-month CD if you want to get the promotional rate.

Keep in mind, when your promotional CD’s term ends, your balance will be rolled into a new CD with the standard rate unless you make a withdrawal.

If you have a large amount of money available to commit to a CD, Huntington Bank offers jumbo CDs.

These are only available to customers who can deposit $100,000 or more to their account.

Otherwise, they work the same way.

You can use them to store your extra money if you’re not expecting to spend it in the near future. They also pay interest on the money you deposit, helping you grow your savings.

The major difference between the two is that CDs are a commitment.

When you open a CD, you have to promise to keep your money in the CD for a specific amount of time. This amount of time is called the CD’s term.

Huntington Bank lets you choose from a variety of terms for its CDs. The available options are:

With such a wide variety of terms available, it’s easy to customize your CD so its term ends exactly when you need it to.

That means that you might be tempted to open a 72-month CD to get the highest possible rate, even if you need the money back sooner than that.

Resist the temptation and choose a shorter term.

If you make a withdrawal from your CD before its term ends, you’ll have to pay a penalty. This fee compensates the bank for you breaking your agreement.

Making an early withdrawal is the only way to lose money that you’ve deposited to a CD.

If the penalty winds up being larger than the amount of interest you’ve earned, you’ll be withdrawing less than you deposited.

Banks want to make sure that the cost of managing your CD is worth it.

Banks use the money that you deposit to your CD to fund other activities, such as lending.

Your money might wind up funding someone else’ mortgage or car loan. If you can only deposit $10, that doesn’t offer much value to the bank, but the bank still has to pay the employees that you interact with.

For that reason, banks will require that you deposit a certain, minimum amount of money when you open a CD.

Unfortunately, many people can’t afford these minimum deposits and are unable to open CDs at all.

Instead, they have to open savings accounts, which pay less interest.

Huntington Bank has a slightly higher than average minimum deposit, requiring that you have $1,000 to commit to your CD.

If you can’t deposit that much money, you’ll want to look into another bank’s CD offerings.

Individual Retirement Accounts (IRAs) give people who save for retirement some tax benefits that can save them money.

Traditional IRAs offer a more immediate benefit. When you put money in a traditional IRA, you can subtract the amount you contributed from your income when you file your tax return. That will reduce your tax bill or increase your refund.

You pay income tax when you make withdrawals from a traditional IRA.

Roth IRAs make you pay taxes as normal up front. However, once money is in a Roth IRA, it’s never taxed again. Any money you withdraw, whether it be principal or earnings, from a Roth IRA is tax-free. This can reduce your future tax liability.

What Happens When the CD Matures

When a CD’s term ends, the CD is said to have matured. This is your chance to make a withdrawal or change to your CD without paying any fees.

Huntington Bank offers a 10-day grace period from the date that your CD matures. Any changes made during this ten-day period will not incur a fee.

On the eleventh day, your balance will be rolled into a new CD with the same term as the old one. From that point, you’ll have to pay a fee if you want to make a withdrawal or other change.

Remember, if you had a promotional CD, the new one will be a standard CD with a lower rate.

What to Look for in a CD

Unless you want one of the specific terms offered by the bank’s promotional CDs, you’d probably be better off with an online bank’s CD. Still, take the time to look around and compare multiple options.

The Huntington Bank CD is average for a brick and mortar bank but falls short of online banks’ CDs.

Unless you want one of the bank’s promotional CDs, go with an online bank.