Report: Millennials Are Most Comfortable Talking About Debt

MyBankTracker conducted a survey to determine the level of comfort different Americans feel when it comes to discussing personal debt. 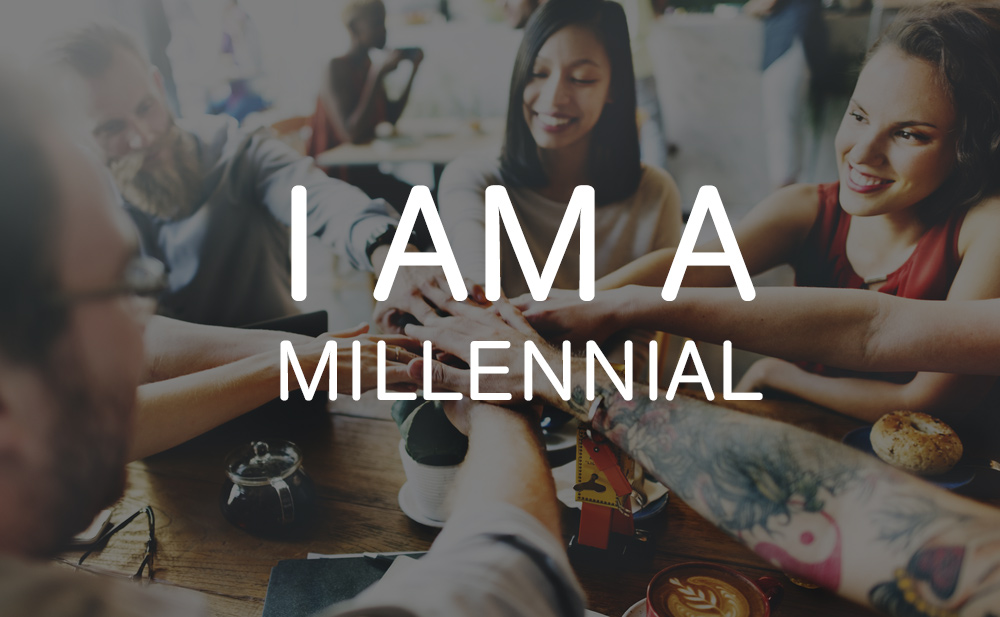 MyBankTracker conducted a survey to determine the level of comfort different Americans feel when it comes to discussing personal debt. The responses were separated by category based on age group, income level, gender, region, and parental status. Younger millennials were, by far, the most comfortable discussing personal debt, while seniors were the least comfortable. In this article, we’ll discuss possible reasons for the disparity and how these findings impact all Americans, regardless of age, gender, or socioeconomic status.

How comfortable are Americans when it comes to discussing personal debt? 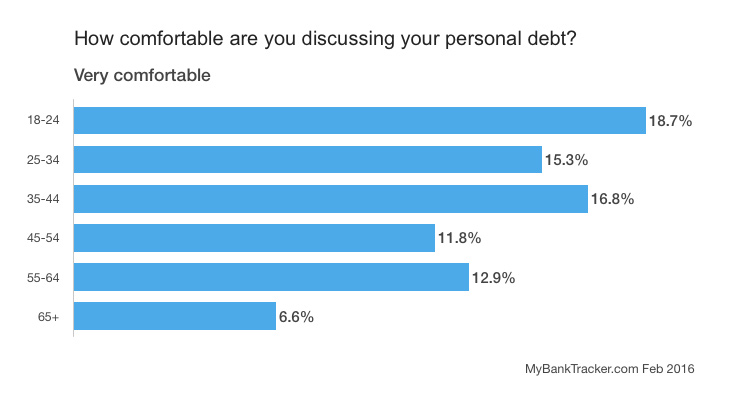 Although it’s easy to make assumptions based on surveys, it’s more responsible and more insightful to back up those assumptions with hard facts and statistics. The following information helps to paint a clearer picture of how personal debt affects Americans today, and why it matters.

Who are millennials and why are they so important?

Millennials consist of anyone born between the late 1970s and 2000, and they account for the largest, most diverse generation in the history of the United States. This group of 70 million to 80 million people boasts the greatest percentage of highly-educated minorities, and more than 10% of millennials have at least one immigrant parent (National Chamber Foundation, 2012). In fact, this generation as a whole makes up the most educated portion of the US population. Millennials are predicted to comprise 75% of the global workforce by 2025.

Some interesting facts about millennials.

Now for the more shocking pieces to this puzzle.

What does it all mean?

What do these facts and figures tell us? Well, for starters, millennials are making good money. They also have their fair share of debt. The more interesting discovery, however, is their behavior when it comes to savings and debt, collectively. Approximately the same number of millennials have a retirement account as have major personal debt. These two items used to be considered mutually exclusive, at least in this proportion. Contributing to a 401(k) or IRA is a responsible decision whereas having significant debt is an irresponsible decision, right? Well, let’s dig a little deeper to determine why this radical shift in behavior might be occurring. Shall we?

Why the change in behavior?

A recent study conducted by the TIAA-CREF Institute looked at the personal finances of American millennials. Their research revealed several interesting findings, including that millennials are making a lot of money and, more interestingly, that they appear to be quite comfortable with debt.

It is true that most millennials are growing up, or have grown up, in a relatively disappointing job market. However, many educated millennials are tech-savvy, and they seem to be increasingly able to use those skills to start side businesses, projects, and ventures that add financially to their day jobs, or lack thereof. Additionally, with the rapid progression of technological advancements, millennials are growing up in a time when new opportunities are being born of innovation every day. This ‘time of opportunity’ and innovation may provide millennials with a sense of hope for the future, even if things aren’t working in their favor right now.

Another reason that millennials might be comfortable discussing personal debt has to do with the nature of their debt.

According to a recent report from the Consumer Financial Protection Bureau, student loan debt has had a significant impact on the spending, savings, and investment habits of millennials. The debt of millions of millennials is resulting in:

Student loan debt is also delaying the rate at which millennials get married.

Although the above side-effects of millennial student loan debt have had a negative impact on the economy, they also reduce the degree to which millennials have mortgage, car, and credit card debt. Interestingly, this may have some effect on the comfort with which millennials discuss personal debt. There is some level of camaraderie surrounding student loan debt, as so many young people have this debt in common, and because student loan debt indicates that the individual has a higher level of education. It seems logical to surmise that there is a greater sense of pride associated with educational debt than, say, credit card debt.

It's important to note that, although student loan debt can negatively impact our financial futures, the outlook is much more bleak for those who don’t complete their degrees. “Despite rising debt levels, a college degree is still the best path to a job and decent pay,” said Debbie Cochrane, a research director at the Institute for College Access and Success. “For students who don’t graduate, loans are much harder to repay. Even a small amount of debt can be burdensome if you have limited job options.”

Millennials are also more likely to share personal information in general. This is largely due to the nature of social media, texting, and email communication. Whether it’s details about intimate relationships, what they had for dinner, or how much student loan debt they have, millennials are happy to share.

The ability to adapt to a changing workforce and economic landscape is essential for anyone who wants to be successful in this new world. As such, it is important for all of us to be aware of millennial trends and behaviors. This isn’t to say, however, that millennials have it all figured out. In addition to learning from millennial behaviors, we must also learn from their mistakes. As the largest and most educated portion of today’s global population, millennials are impacting and reshaping the world. Whether you employ a millennial, gave birth to a millennial, or you are part of this diverse, tech-savvy group of young Americans, the advice below will help you take advantage of the best parts of this new frontier while combatting the potential pitfalls.

This nationwide, online survey was conducted by Google Consumer Surveys for MyBankTracker on February 22, 2016. A total of 1,008 people responded to the questions in our survey. All respondents were 18 or older. Finally, 52.1% of responses came from men while the remaining 47.9% came from women.

About the author Amy Carst
Amy Carst writes for MyBankTracker on banking and finance, including retirement, mortgages, real estate investments and credit cards.
Add a comment