Report: 49% of Millennials Don't Own a Credit Card. Why Are They Avoiding Them?

Getting your first credit card is almost a rite of passage. Most of us own at least one credit card. So why do half of Millennials not have one? 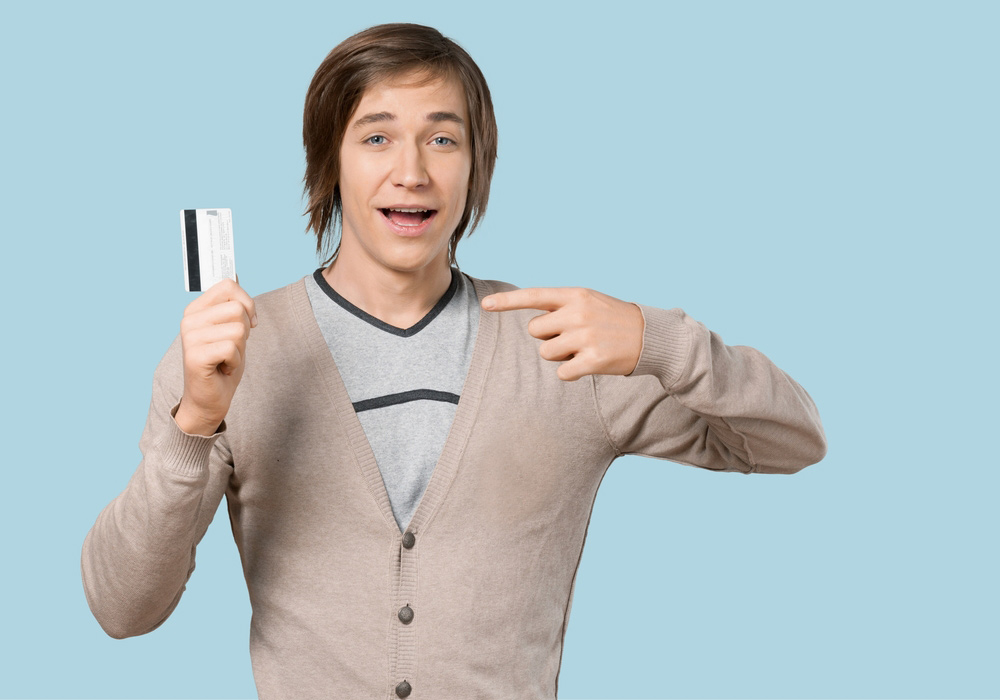 Getting your first credit card is almost a rite of passage. Most of us own at least one credit card.  The majority of the youngest generation of adults, however, are shunning credit cards altogether. Here's why millennials are saying no to credit cards and the pros and cons of this anti-credit card stance.

"I don't see the need for a credit card," says 22-year old Shawn Grooms, an Applied Mathematics student graduating this spring. "There is a certain logical inconsistency with it. Why would I buy something with a credit card if I can afford it with cash/debit? If I can afford it, I wouldn’t bother with credit. If I can’t afford, why I am a purchasing this item in the first place? If it is something I can’t afford, and it’s a very expensive item (i.e. car/house), then I would use loans that have significantly better interest rates than credit cards."

Grooms is not alone in seeing credit cards as unnecessary. 29% of Americans don't own any credit cards, according to a 2014 Gallop survey. With millennials, the percent who don't have a credit card is much higher.

In a recent MyBankTracker survey:

Let's take a look at this surprising trend.

Those of us older than 30 likely grew up around credit cards. We saw our parents use them. We  and our friends used credit cards in college. Some of us have racked up credit card rewards to trade for free travel or cash back.

Millennials, however, were growing up during the Great Recession of 2007 to 2009. That financial crisis put a spotlight on the dangers of bad debt in general. The increasing student debt burden for many millennials also is another likely reason they're averse to the potential of piling on more debt via a credit card. They want to get out of debt as soon as possible.

For many, it's about having more control and resisting temptation. 28-year old Catherine Alford writes:

"I naturally want things right now and usually spend based on how I’m feeling and justify it later. I like some of the finer things in life, and I think that it would be incredibly hard, if not impossible, for me to only use my credit card up to the amount I could pay off every month. So for me, I don’t even want to have that temptation.

I have never thought of credit cards as an option. Not once. It just didn’t cross my mind as something that I should have while growing up, and that hasn’t changed."

Some millennials are also anti-credit card establishment. Cord Jefferson says on Good:
"Nowadays I have some student loans, but I’ve been fortunate enough to never need much else in the way of borrowed money. I buy what I can afford at the time; I don’t buy what I think I’ll be able to afford eventually. It’s surprising even to me that despite my meager spending, I don’t feel I lack for anything. I’m occasionally unable to purchase things with the same immediacy as my friends with credit cards, but not being beholden to Visa or Discover or American Express is important to me."

I got my first credit card when I was a freshman in college--on impulse, basically. I remember seeing tables on campus manned by credit card reps, who got us students to sign up with rewards like free water bottles, along with their sales pitches. It took just minutes to fill out the application and get approved--no previous credit history needed and no independent income necessary.

The Credit Card Accountability Responsibility and Disclosure Act, or CARD Act, passed in 2009 changed all that by changing how banks could market credit cards to young adults. With the CARD Act:

This is a great protection for young adults who might not be credit savvy yet. It's also no doubt kept more credit cards out of the hands of millennials. According to the Government Accountability Office, the proportion of students holding credit cards dropped from about half to about a third in 2004. The agency's research also found:

It's become up to students to seek out credit cards if they want one, rather than having them pushed upon them.

Many Millennials Are Getting Rejected for Credit Cards

For some millennials, however, not having a credit card isn't a matter of choice.  They just aren't able to get one.

Millennials also have the lowest average credit score compared to other generations--28.1% of them have scores below 579. They also have the shortest credit history, which makes sense given their age. These two factors make it harder for them to get a credit card.

Millennials Are Turning to Debit Cards Instead

Whether because they're opting out of owning a credit card or getting rejected, more millennials are using debit cards than they are using credit cards.

Alford writes that the appeal of using a debit card is  preventing overspending:

" By using my debit card, I can only spend what I have. I choose “credit” instead of “debit” when I use my debit card so that I’m afforded all of the protections that Visa offers in terms of fraud (I have a Chase Visa debit card). By using cash and spending only what I have in the bank, I always have enough."

Is It Wise for Millennials to Avoid Having a Credit Card?

Although it might be common for millennials to shun or at least not have a credit card these days, it's still unusual for the rest of the world. Owning a credit card offers important benefits you can't get using cash or a debit card:

Security. Although debit cards with the Visa or MasterCard logo come with protections against unauthorized transactions, the "zero liability" policy for debit cards is stricter than that for credit cards. If a thief uses your credit card, you're not responsible for any charges. For debit cards, MasterCard requires that you didn't report two or more unauthorized transactions in the last 12 months, and the zero liability doesn't apply to business cards, prepaid cards, or if a PIN was used for the transaction (so you have to swipe as "credit"). Similarly, Visa's protection doesn't apply to PIN-based transactions not processed by Visa, ATM transactions, or business debit cards. Also, the average debit card user has to wait an average of two to three months before they get their money back after unauthorized use (although some banks, such as Bank of America and Chase, guarantee quick reimbursement while the dispute is being settled).

Credit-building. The easiest way to build a credit history is by using a credit card. Having no credit history could affect your ability to rent an apartment, get a job, qualify for a mortgage, or even get a cell phone plan. That said, there are other ways to build credit, such as with a student loan or other loan (they might be easier to get at a credit union).

Like other millennials, however, Grooms says he's not concerned about his credit score:

" I have student loans ($17K), but I am quite frugal and am headed towards a fairly high paying career, so I will easily be able to pay off my loans. This, coupled with renting apartments, will help me easily attain a healthy credit score.

I understand the concept of credit scores fairly well. It makes sense that companies want you to have a report card when buying stuff, but the only items you should be buying with credit have loan options from banks. Why would I use a credit card with a significantly higher interest rate than a bank loan?"
Credit cards aren't for everyone. Personally, I think credit cards can be a useful financial tool--if you use it wisely and pay your balance off each month. But, then again, I'm part of Generation X, not Generation Y.

This nationwide, online survey was conducted by Google Consumer Surveys for MyBankTracker on February 25, 2016. A total of 1000 people responded to the questions in our survey. All respondents were ages 18-34.

About the author Melanie Pinola
Melanie writes for MyBankTracker on taxes, retirement and financial literacy.
Add a comment