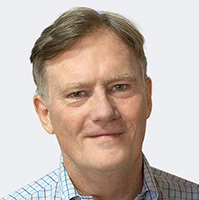 Americans give high priority to low fees when selecting checking accounts and downplay customer service, rewards programs, even the financial health of the bank offering services, according the recently conducted 2015 Bank Customer Survey released by MyBankTracker, the personal finance and bank ranking platform.

The six-month survey drew nearly 7,000 respondents from 50 states with concentrations from New York (10 percent), Texas (9 percent) and California (9 percent). Most participants (55 percent) were between ages 18 to 44, and more women (52 percent) than men responded.

Show Me the Money

“The findings support what we’re hearing in the marketplace,” says Alex Matjanec, MyBankTracker co-founder.  “As the core product that consumers use to interact with their banks on a day-to-day basis, consumers have been trained to see it as the account that will cost them the most to use.”

Consumers have a different focus when it comes to a checking account compared to a savings.

Show Me the Numbers

Consumers are understandably interested in holding on to their hard earned money. No one likes to pay fees (for anything), and while they are often unavoidable, this survey demonstrates just how committed checking account users are to minimizing their burden. When deciding which product to use, they zero in on the numbers. However, this value scale switches when talking about savings accounts. In this case, consumer values are the same — to hold on to their money — but the financial health of the bank is seen as a better way to accomplish this than low fees.

About the author William Inman
William Inman is the Editor of MyBankTracker.
Add a comment