A holding account is when your money is taken out of your bank account and placed in a separate account where it will wait until the merchant requests it. 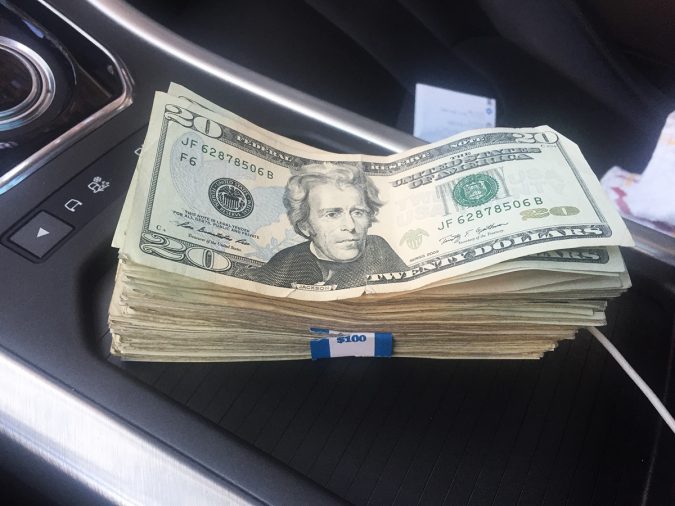 When it comes to keeping track of one's finances, most people can admit they've run into at least some sort of issue at one point or another.

Indeed, financial confusion can be rather easy to stumble upon, regardless of how much effort you put into managing your money.

Many people have learned the hard way that keeping a checking account in balance often takes paying close attention to each and every transaction.

One common issue that people deal with when managing their personal finances is that of overdraft fees. No one intentionally sets out to overdraft their account, but it no doubt happens more often than most people would likely to admit.

Occasionally, overdrafting is done out of necessity. Typically, however, overdrafts come as a surprise to those who incur them, as they're usually due to banking mistakes.

Often, this involves what is called a "holding account"-- something that has been making banking very frustrating for people.

In order to understand what a holding account actually is, it helps to get a sense of what typically happens when a purchase is made.

Usually, the money will be taken out of your bank account and placed in a separate account where it will wait until the merchant requests it.

A merchant can request the money right away, but they can also wait for a period of time -- even three or four days.

When this happens and you aren't aware of it, overdrafting an account is as simple as making a purchase too many and not having enough money left to cover the costs of the original charge.

Depending upon the size of the charge, this can happen quite easily if you're not careful.

The biggest problem that results from a holding account

Because your money has been sent to a hold account, perhaps the biggest issue is paying bills.

Many people have their checking account associated with the bills they pay and allow the money to be taken out automatically each month.

If you run into problems, your bill pay feature will most likely be disrupted, which can result in bounced checks and a domino effect of issues that can be difficult to handle. Once things start festering, they can spiral out of control rather quickly.

Steps you can take to resolve issues

There are a number of things that can be done in order to ensure that you run into minimal issues regarding overdrafts and holding accounts.

The most important thing is to ensure that you always have a solid padding of money in your account that will handle payments such as rent, car loans and other important bills that you can't afford to miss.

Otherwise, you may end up owing a great deal of money in fees, which can often accrue without you even knowing about it. Keeping a padding in your account, however, will ensure that this isn't a problem.

Another thing you can do to ensure that your bill pay system doesn't get disrupted is attach a second bank account to each of your payment accounts.

If you don't end up having enough money in your primary account to make a payment, the money will be pulled from your secondary account, which can be funded with the sole purpose of paying bills and nothing more if you see fit.

An online bank account is a perfect option for an account that is meant to serve this role, as many don't charge monthly maintenance fees.

Having a second account with your bills tied to it can be a way to avoid being stuck in holding account hell -- especially if your bank won't tell you how long your funds will be in there.

When you're allotted the luxury of time, none of the issues associated with holding accounts should come into play.

Simply giving every transaction that occurs the necessary time that it needs in order to clear should keep any problems from occurring, and it doesn't have to be difficult if you're careful with how you manage your money.

Dealing with the bank

If you have incurred an overdraft from your bank, it's time to sit down and talk with them.

Many banks will work with you and may even offer a refund for an overdraft fee, especially if it's your first time overdrafting your account.

While you can have this conversation over the phone, it's always wise to go into a physical branch location of your bank if you can and speak to someone in person.

If you truly were unaware of the circumstances that led to the overdraft, make that clear. Sometimes, a little honesty can go a long way.

As one might expect, it's not always easy to convince a bank to reverse an overdraft charge.

Holding accounts can be confusing, but the error is often made because one isn't paying close enough attention to the amount of money they're spending.

This can be a difficult pill to swallow, especially considering the fact that overdraft charges can be exceptionally high once they add up.

If you're able to take steps to avoid the issue from occurring in the first place, however, you won't have to worry about paying unnecessary fees.