Why Millennial Generation Trends Are Stupid

If I hear one more person use the word “millennial” in a derogatory sense I am going to spit into my hand and rub it in their hair. I will. The negative connotations related to millennial culture are derived from sensational stories, bogus surveys and misinformation — they’re offensive. I know, I am being such a millennial for defending millennials, but I am going to do it anyway. Our generation has faced so much adversity, and we’ve still been able to accomplish some pretty incredible things. Millennials are innovative, ambitious and driven — it’s time to stop bashing them and time to start encouraging them to move our struggling economy forward. 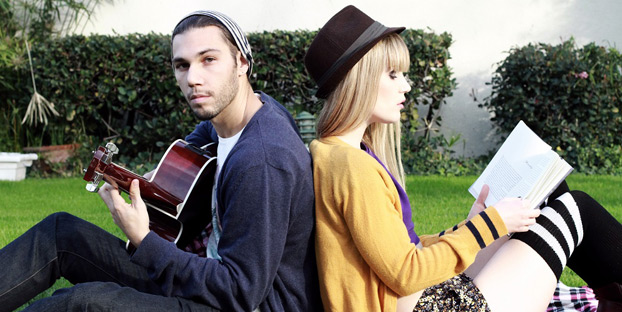 Every 25 years (or so) it’s the same story: This is the worst generation and they’re running society into the ground. For example, take this quote about the GenXers (born 1960s-1980s): “Of the millions of young people now in their twenties, Xers are an exclusive subgroup raised by Depression-emphasis on the self and a dislike of answering to others, the belief that all fantasies will come true, that things will somehow work out for the best and the world is generously supplied with safety nets.”

A man by the name of Doug Coupland wrote those words in 1989. Coupland also wrote, “All of these traits are characteristic of the Type X, who is always looking for the perfect career and believes there will always be someone to bail him or her out of trouble.”

Then, in 2013, Tim Urban wrote, “The GYPSY (Gen Y Protagonists & Special Yuppie, AKA millennial) needs a lot more from a career than a nice green lawn of prosperity and security. The fact is, a green lawn isn’t quite exceptional or unique enough for a GYPSY. Where the Baby Boomers wanted to live The American Dream, GYPSYs want to live Their Own Personal Dream.” Sounds familiar, huh? In this quote, Urban skipped Gen X and compared us to our grandparents’ generation. Of course, we have different goals and lifestyles than our grandparents; we’ve evolved as humans. But that’s not the point, the point I am trying to make here is that Urban’s article eerily mirrors the same sentiments Coupland made 24 years earlier.

There are so many examples of the repetitive nature of these generation-slandering articles, but I am not getting paid enough to hunt for them. Sorry if that’s too blunt, but it’s true. Which brings me to my next point: money.

One of the biggest things our generation is called out on is our disastrous money management. While this isn’t necessarily false, it’s often associated with a lapse in character; we’re entitled, lazy and spoiled, remember?

Listen, I am all for taking the blame for one’s owns faults. If I were living off my parent’s dime, with unemployment checks coming in and waiting for the world to hand me a break; then I’d climb to the tallest building and yell, “I AM THE WORST PERSON EVER!” But, I am not doing any of those things; therefore I don’t fit the mold of a stereotypical millennial. So I am not going to take the blame for our poor money management until I do some research on external factors, namely, the economy.

A recent Bank of America/USA Today Better Money Habits Millennial Report (the first of its kind) brought a lot of attention to the some rather unsavory millennial trends. Let’s dig into the facts: According to the report millennials are experiencing the “Peter Pan effect” or as proven by these percentages:

The survey also states, “Consistent with the public’s overall perception of millennials, the report found that respondents have a hopeful, if not slightly idealist, view of their futures; only four in 10 believe that salary is more important than doing what you love.” I keep wracking my brain to figure out why trying to enjoy work is such an egregious character trait. So we want to do what we love, maybe we’re setting expectations too high. We’re still young! We’re learning! Give us a minute, guys.

The sensational media loves to play up trendy terms like “Peter Pan Effect” or the “Boomerang Generation,” yet they rarely take the time find out why these people are living at home.

Of course there is a higher percentage of millennials in the 18 to 21 age range living at home. This is the age when a majority of people, who choose to go to college, are in college. It’s no secret that college costs have sky rocketed to the point that it takes a combination of loans, savings and luck to be able to even think about affording college. The kids who are living at home at this age are saving more money than those living near or on campus. So congratulations to everyone who is going to college and lives in a supportive family that values higher education. I am throwing this statistic out as an indicator of our generation’s “entitlement.”

Let’s go on to the next figure: 26 percent of 22- to 25-year-olds are living at home. First off, 22 is the most common age in the millennial generation. This means a large percentage of that age group is either still in college or just finishing college — when it’s not that offensive to be living with your parents.

One of my closest friends graduated from college in 2006 and joined the Peace Corps for two years. When she came back, she decided to go into law school. At 24, she lived with her parents for a year while saving money and applying to law schools. She was accepted, and graduated from law school. Now she is married, works as a public defender and has $177,500 in debt. Let me write that number again, $177,500. Does a person who spent one year living with her parents, who dedicates her life to defending underprivileged individuals seem lazy or entitled?

Another factor, which is rarely considered in these surveys, is race. The number of individuals living at home is usually higher for minorities and immigrant groups, according to the Washington Post article, “Everyone’s Freaking out about Millennials living at home. They Shouldn’t.” While millennials are the most ethnically diverse generation in our country, this doesn’t mean that things are easier for minorities. Racism, discrimination and salary discrepancies are still a very real, very big problem for minorities. These factors may not be the entire reason for increased live-at-home numbers for minorities, but they sure don’t help. Another factor rarely taken into consideration is culture.

I was born in Russia where children live with their parents, and contribute to the household, until they marry. I personally didn’t do this because I am too Americanized and I am not a crazy person. (Love you, Mom and Dad!) If I had I stayed at home and lived the life expected of the children in my culture (and Asian, Indian and Hispanic cultures), I can’t help but wonder what kind of assumptions the media would’ve made about me.

Get out of your parents’ basement!

As for the 12 percent of 26- to 29-year-olds who are still living at home — it’s your time to leave. Seriously. Although, I do not think 12 percent is a high enough number to criticize an entire generation, I do think those individuals should be given a dose of tough love. You’re making us look bad, 12 percenters!

Move out of your parent’s basement in 8 easy steps

If you are one of these people living at home, join the 74 percent currently planning to move out.

A note to parents who are enabling their children

Another part of the survey states that, “Many respondents making more than $75,000 per year indicated they have received financial assistance as well: 25 percent of respondents in that category have received help at some point to pay for their groceries, and 21 percent have received money for clothing.” Although I am not sure if the survey is counting gifts, I still think it’s pretty absurd if your parents are still paying for your groceries, bills and clothing — and you’re past the age of 18. If you are making $75,000 per year and this is the case, well then you can go suck a duck because I hate you.

I do think there is a big issue with parental roles in modern day America. However, I do not think it is exclusive to our parents. As long as the idea of a family unit stays relatively the same, adults will always try to help their children become successful. It’s only natural to want your children to have a better life than you had.

Unfortunately, many of these parents are going the wrong way about ensuring better lives for their children, leading to increases in millennials who live at home. It’s time to administer some of that tough love we’ve spoken about.

I am a college-educated millennial who is financially independent from my parents (since the age of 18). Let me briefly highlight some of the things my parents did to set me on that path (remember, they come from the old country):

Be tough on your kids. Teach them how to start making their own money at a young age. Getting my own financial responsibilities as a teenager was extremely empowering and is what, I believe, set me on the path to financial stability.

Okay, I am climbing down from my soapbox now

Millennials are in the position to take over the world; we’re the largest generation — there’s a whopping 80 million of us! We’ve invented social media and figured out a way to connect, to educate, inspire and bring about social change to the world. We’re taking risks, we’re learning from our mistakes, we’re bouncing back and being better.

The 2008 economic crisis stripped us of job opportunities and financial stability. How did we respond? We began to dream bigger, imagine better lives and began to chase those lives — with a little help. We’re ambitious, we’re hopeful and we’re progressive. Sometimes we take photos ourselves, sometimes we speak our minds, sometimes we ask our parents for help and sometimes we get a little tired of being called lazy. Let’s change the conversation to focus on and positives of the Millennial Generation, before the negatives start spreading to generations after us.

Related Articles
How to Cope With Your Future Spouse’s Overwhelming Student Loan Debt
4 Rules for Paying Off Debt With Cash Savings
529 Plans or CDs: Choosing the Best Way to Save for College
The Death of Passwords and the Rise of Smiley Faces
How to Avoid Gift Card Scams
5 Ways Men and Women Think Differently About Money

Marina is a staff writer for MyBankTracker.com. She is an expert in college finances, consumer spending and banking.