Joint bank accounts make good financial sense for some couples, but there are certain disadvantages both parties should be aware of before opening one. 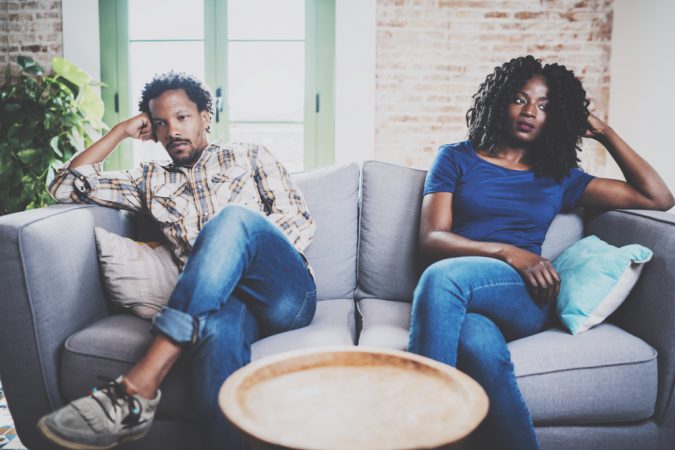 Opening a joint bank account can streamline your financial life if you're married, but it's not without certain pitfalls.

Today, I explain some of the biggest disadvantages associated with joint accounts if the relationship doesn't end up working out.

Fights about money aren't uncommon in marriage, and according to at least one survey, 70 percent of couples argue over financial matters from time to time.

If you share a bank account with your significant other, that may add to the stress if you're not on the same page about how to manage it.

Joint bank accounts can create even more problems if the relationship doesn't work out.

Having been through a separation in the last year, I found out first hand how easy it is to get burned when you've got all your assets mixed in with your spouse's.

I've since sworn off joint accounts for good, thanks to some costly lessons I learned along the way.

If you share a checking or savings account with someone, here's what you need to know on the off chance that things go south.

When you open a joint account, whether it's with a spouse, parent or anyone else you both have an equal share in its ownership.

Any assets that go into it belong to each of you, regardless of who actually deposits the money.

That also means, however, that either one of you can pull cash out or transfer it to a different account whenever you like.

As the primary breadwinner, he was responsible for most of what went into those accounts, and it was my job to make sure all the bills were paid.

When the marriage ended, he withdrew half the amount in our savings account and moved it to a different bank.

Because the account had both our names on it, the bank didn't ask any questions and I didn't find out about it until after it the transaction was completed.

While that was a pretty rude awakening, the most frustrating part was that it could have been avoided by making a simple change to the terms of the account.

If you request it, you can have a joint account set up so that both parties must provide their signature any time a withdrawal is made through a teller.

Had I done that, I still would have agreed to split the account evenly, but at least I wouldn't have been caught off-guard.

Here are the top online banks that have highest savings accounts rates and free interest checking accounts that I recommend:

Since you and the person you've opened a joint account with are both considered equal owners of the assets, it makes sense that you'd also be equally responsible for its liabilities.

If one person is making purchases or withdrawals and the account ends up in the negative, the bank is going to start piling on the overdraft fees.

Even if you're no longer using the account, you still technically owe those fees as long as it's in your name.

Following our initial separation, my husband and I weren't able to close our joint checking account right away.

During the transition, I opened new accounts at a different bank and began using them to pay my bills.

Meanwhile, he continued to deposit just enough money into the old account to keep paying certain bills that had been set up as automatic drafts.

When he eventually closed the account, there was an automatic payment pending that was allowed to go through.

That triggered more than $300 in overdraft fees and the bank was only concerned with getting the money, not who actually owed it.

Fortunately, we had been banking with them for some time, so they agreed to waive the fees, but that was the exception, rather than the rule.

If the bank had been less cooperative, we would have had to pay the fees or else run the risk of the account showing up on each of our ChexSystems reports.

Once you get a negative mark on ChexSystems, it can be much harder to get a bank account. In that scenario, a second chance checking account might be your only option.

Debt collectors don't care whose money is in the account

Sharing a bank account can backfire if one of you isn't keeping up with your financial obligations.

For example, if your spouse runs up a big credit card bill and doesn't pay, the creditor can sue to recover what's owed.

That means any bank accounts in their name can be attached, including joint accounts.

Even if you're not legally responsible for the debt, you could still lose out if your joint account is garnished following a lawsuit.

Both my husband and I each had debts in our names, but fortunately, we didn't owe anything jointly other than our mortgage.

It was a good thing too because one of his credit card accounts was close to being charged-off.

If the creditor had decided to sue while the joint account was still open, a garnishment could have negatively affected my credit if the account had gotten pushed into overdraft.

Joint bank accounts do offer some advantages in terms of convenience and simplicity but there is a certain amount of risk that goes along with opening one.

Evaluating the pros and cons beforehand can help you decide whether combining your accounts makes sense.

<p>At the time this happened, we had accounts with a small community bank that's since been sold to CresCom, I believe. When we opened the accounts, we were given the option to add a two-signature clause for withdrawals but we didn't.</p><p>My accounts are with First Citizens Bank now, which is still on the smaller side. Their rules allow joint account owners equal access, but I don't have to worry about it since they're all in my name only.</p>

<p>With the exception of BB&amp;T, I've always had accounts at smaller banks or credit unions. I've found that community banks tend to be more flexible when it comes to certain policies but not so much at the bigger banks.</p>

<p>Oh, he absolutely could have and he threatened to do so after the fact. That's why I won't be rushing to open a joint account again any time soon. Joint accounts may be right for some couples but in my case, it was clearly the wrong move.</p>

<p>Seems your ex was very fair in taking half the money out of the checking account. I have heard of spouses taking everything without notice.</p>

<p>Please post the specific bank that you're currently using that requires both signers to be present. All of the big banks do not offer this feature, as it opens them up to liability that most banks aren't willing to take</p>

<p>None of the top 10 banks will allow u to open an account that will require both owners to be present. </p>