Your credit card signature identifies the card as belonging to you but in terms of security, it's not an absolute guarantee against identity theft. 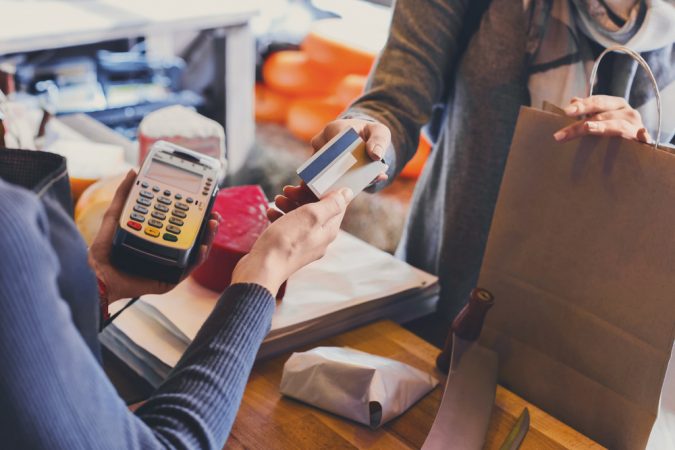 Any time you get a new credit card the first thing you're supposed to do after activating it is sign the back of your card. Your signature is designed to be a protection against fraud, but do you remember when a retailer actually checked it to make sure it matched the back of your card?

Why a signature is required

When you sign the back of your card, you're signifying that you're the owner. The idea is that if someone were to steal the card, they wouldn't be able to duplicate your signature exactly. This concept dates back to the pre-POS terminal days when stores actually made an imprint of your card and you had to sign a paper receipt.

Aside from being a built-in security measure, your credit card signature is included as a condition of your account terms and conditions. MasterCard, for instance, dictates that a transaction can't be processed unless the card is signed. Writing "See I.D." in the signature box doesn't allow you to sidestep the rule. Visa requires merchants to ask customers to sign the card anyway and provide ID before allowing a purchase to go through.

Some money experts believe the signature is an antiquated finance measure that once had a purpose, but in today's world, doesn't have as much purpose as it once did.

Having those policies in place protects the card issuer and it's meant to protect customers as well but they don't do much good if merchants aren't following through. I spent some time visiting a few places locally to see how stringent their policies were about checking signatures and ID when I paid with a credit card.

The first stop on my list was Target, which notoriously fell victim to a security breach back in 2013. I spent just over $200 and charged the purchase to my Target RedCard. At the checkout, I swiped my card and signed electronically without being asked to show the cashier the back of my card. She did, however, ask to see a photo ID before completing the transaction to make sure it matched the information on file.

Next up was The Disney Store. I don't have a Disney Store credit card so I pulled out my Capital One Platinum card at the register. The clerk checked both the card and my ID, something that they always do consistently any time I shop there. I once saw them turn away a customer who wanted to pay with a credit card because she didn't have another ID, so all in all, they take security pretty seriously here.

After that, we went to Chik-Fil-A for lunch. I placed my order and swiped my card at the terminal. No one asked to check the card first or my ID and I didn't have to provide an electronic signature either. I've paid here before with a debit card and had the same result.

The last stop of the day was Walmart. Normally, I use the self-checkout terminals where no additional verification of my card is required. For this trip, I went through the regular line and when it was time to pay, all I had to do was swipe the card through the reader and scribble my signature on the screen.

I asked the cashier did she need to verify the card and she seemed unconcerned. I should point out that last year, Walmart announced that it would be requiring some customers to enter their three-digit verification code off the back of their cards to complete credit transactions but at this particular store, it wasn't an issue. In fact, the only time I've ever been asked to show ID here was when I used a check to pay for a large purchase. Only one retailer out of four actually verified my signature against the back of my credit card. It just goes to show you that big retailers aren't really concerned about checking your signature.

So does your signature matter?

Based on the places I visited, it's pretty obvious that individual retailers place a different value on credit card signatures. Even at smaller, locally owned businesses the same seems to hold true. For example, our neighborhood ice cream shop has never asked to see my card but there's a vintage clothing store just down the street from it that does.

I've also noticed a lack of detail when customers sign iPads with their fingers, at retailers -- I've been guilty of writing a straight line as my signature many times. Another local coffee shop owner told me lots of customers come in and do the same thing, or even draw pictures in lieu of their signatures, because they know the transaction will still go through.

EMV stands for the technology's developers -- Europay, MasterCard and Visa. These cards feature a smart chip that encodes your account information to make it harder for identity thieves to steal.

Instead of swiping your card at the terminal, you'll "dip" it in the machine to allow the chip information to be read. Any time you make a purchase, the transaction is assigned a unique identification code which makes it virtually impossible for your account number to be accessed or cloned.

EMV chip cards are designed to function using either PIN or signature verification. At this point, most banks in the U.S. are issuing chip and signature cards which means you'd need to sign an electronic receipt at the point of sale. A chip and PIN card

allows you to sidestep that requirement. Some card issuers, including American Express, are only handling out EMV cards by request at this point so if yours hasn't been converted yet, you may need to call and ask for one. Tip: If you have a chip and PIN card you'll need to activate the PIN; otherwise, transactions may still be able to be processed without it which would put you at risk if it were stolen.

As far as being mindful of your card's terms and conditions, you should be signing your cards to make sure you're in compliance. In terms of security, the signature by itself doesn't guarantee protection. If an identity thief were to get your card number they could easily clone it and make an identical card which they could sign themselves.

Regardless of which type of card you have, it's clear that whether or not it's signed is becoming more irrelevant in terms of protecting your information from identity thieves. If card security is a concern, monitoring your accounts for suspicious activity, disputing charges you don't recognize and keeping an eye on your credit reports are the most productive ways to safeguard yourself against fraud.

<p>I'm sorry. I would prefer not to be policed by a cashier. There are fraud protection clauses and procedures in place. For the first time in my life the cashier asked to see the back of my credit card and said that my signature was not the same. I CAN'T WRITE ON THOSE TERMINAL SCREENS. Everyone tells me they just scribble their names too. This credit card fraud is a cover for protecting the big billionaire bankers NOT US and they have people like the one who wrote this article articulating THEIR interests not OURS!</p>

<p>That's a good point, James. If the signature is missing from the credit card, Visa and MasterCard requires merchants to ask the customer to sign the card and provide an ID (has never once happened to me).</p>