COVID-19 has challenged the financial stability of millennials in particular. Our survey looks at how they responded to the financial impact of the pandemic. 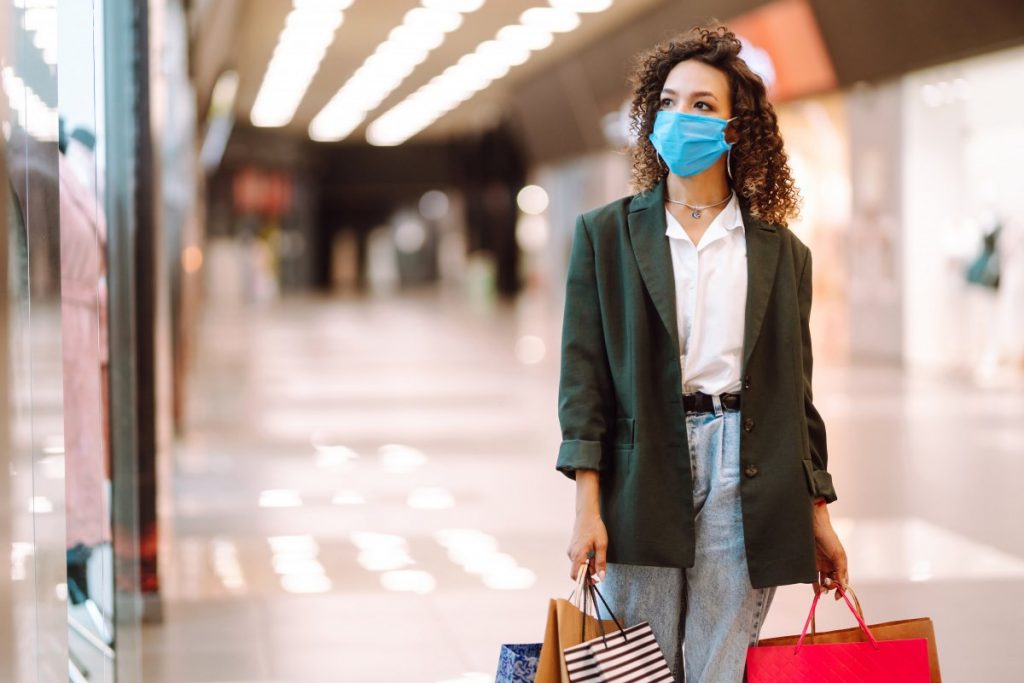 The COVID-19 pandemic has added to the money challenges faced by millennials in particular.

Millennials are old enough to have financial responsibilities without having had much time to build financial stability.

MyBankTracker surveyed 1,001 people aged from 25 to 34 to see how much of a budget setback the pandemic recession has been.

This article will highlight the key findings of that survey, and offer tips on how millennials can overcome recent economic setbacks.

The survey found that the pandemic added to the financial challenges that millennials face. On the plus side, it also found that many were able to respond in positive ways, by reining in spending and building savings.

The most important financial decisions are those you make during tough times. Let’s take a closer look at why 2020 has been a financial challenge to millennials in particular, and some of the ways people have responded.

The Financial Stability Challenges of the Recession for Millennials

At the worst stage of the current recession, over 20 million people lost their jobs. Even with some recovery, national employment at the end of October was down 10 million jobs from the end of February.

This affects people of all ages, but Millennials have it especially tough.

In fact, whatever the opposite of a sweet spot is, it applies to millennial finances.

This is a generation that has a record amount of student loan debt. Then, just when many of their careers should be starting to gain momentum, an epic recession hits.

For many, the pandemic came before they had a chance to build up financial reserves. The impact could be felt for decades to come, as many millennials will get a late start on retirement savings because of the current crisis.

The survey found that the weak job market has impacted millennials in a variety of ways:

Add these up, and they amount to 30% of survey respondents taking a job hit in one form or another.

For all of the above reasons, 2020 has been a tough year to be trying to gain traction with your career.

The survey found millennials have done a variety of things to make ends meet during this recession.

A total of 28.8% of respondents reported being forced to make at least one major financial move. This breaks down as follows (these numbers total more than 28.8% because some people had to take more than one action):

Most of these emergency moves are things that will cost millennials down the road.

Over 1/2 of Those Surveyed Reined in Spending

Whether by choice or necessity, over half (58.2%) of those surveyed reported that they’ve spent less than usual since the pandemic hit. This includes:

27.1% said their spending was unchanged, while a total of 14.7% said they spent either slightly or significantly more.

Reining in spending might have contributed to the recession, but on an individual level it is often the smartest response to a financial setback. Hit helps prevent making the problem worse.

Four Out of Ten Millennials Have Boosted Savings

The pandemic sharply cut back on opportunities to spend money. A total of 43.8% of respondents used this as an opportunity to save more. This includes:

Men in particular were more likely to boost savings. 49.6% of male respondents reported saving more since the pandemic struck, compared to 38.9% of female respondents.

Financial Survival Tips for the Recession – and Beyond

If COVID-19 and the recession have put your finances under pressure, here are some tips that might help:

The CARES Act, which was passed last spring to ease the financial burden of the pandemic, allows people to withdraw from their 401(k) plans before the age of 59 ½ without paying the usual 10% penalty.

This gives people who are short on cash a potential emergency source of money. However, even with the penalty waived, it’s not a cost-free solution.

You would still owe any ordinary income tax due on your retirement plan withdrawals, and withdrawing too much money all at once could bump you into a higher tax bracket.

Also, trying to restore that money to your retirement savings in future years might cut into the size of the contributions you would normally have made.

Finally, as long as that money is out of your plan, you will miss out on any potential investment earnings.

Keep investing for the long term

This year has provided a strong reminder of why young people should stay invested for the long term rather than panic in and out of the market.

You might think that with a global pandemic and an extreme recession the stock market would have suffered this year. Indeed the market tanked sharply in late February and early March.

However, stocks have since recovered and went on to reach all-time highs.

If you think the opportunity in stocks is over as a result, keep in mind that the market does not all move as one.

For example, on the day Pfizer announced encouraging news about its coronavirus vaccine, stocks associated with isolating at home – think Peloton and Zoom, for example – took a steep hit, while many other sectors of the market rallied.

The point is, even in an up market opportunities are always shifting. And, a down market is a good time to buy stocks cheap.

Staying invested gives you a chance to capture both types of opportunities.

Many people have had to tap into these emergency reserves in 2020 to pay the rent, keep up with health insurance payments or meet unexpected needs.

Assuming the economy starts to recover as vaccines are distributed, 2021 would be a good time to restore your emergency fund.

The next emergency may not be as dire as a global pandemic, but there’s always another financial setback lurking somewhere around the corner.

If you’re having trouble with your student debt, don’t simply skip payments. This will damage your credit score and just add to the problem by adding interest and penalties to the amount you owe.

Reach out to your lender to work out a plan for repaying your debt. Especially if your student loan is federally backed (and most of them are) there are programs that can help you keep up.

These programs range from temporary payment delays to income-based payment programs. However, you won’t be able to take advantage of these programs unless you request them.

Fight back against falling interest rates

For the many young people who’ve been able to save money this year, a sour note is that savings have been earning less and less as interest rates have plunged.

However, there are huge differences in what savings accounts and other deposit products pay in interest. By shopping around, you can probably raise your interest rates even as most rates are falling.

So if you’re not already banking online, now’s the perfect time to try. After all, online banking is a smart move given ongoing health concerns, and it pays.

The study was conducted through Google Surveys on behalf of MyBankTracker from November 4-8, 2020 with 1,001 respondents in the United States ages 25-34 with a standard deviation of +/- 7.4%.