Find out how the 2019 government shutdown affected furloughed employees and contractors financially because they're not getting paid during this time. 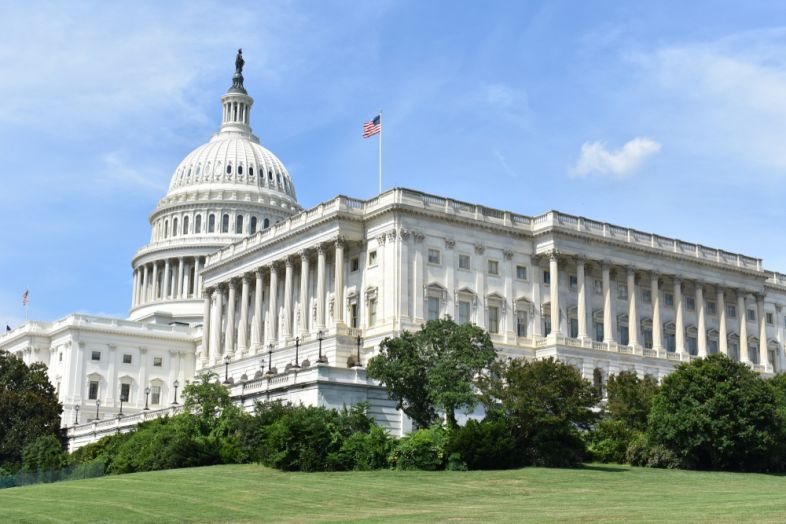 Each year, Congress must allocate money to the many departments and agencies that make up the federal government.

We are currently going through one of those government shutdowns.

Sometimes, government shutdowns are short-lived and last just a couple of days.

There is no clear timeline of when it will end, either.

Find out how this government shut down is hurting furloughed employees financially and what they can do about it.

The following are currently impacted in one way or another:

This means national parks, museums, the IRS, State Department services such as passports as well as environmental and food inspections may be affected.

Impact of the Shutdown on Government Employees

Some employees are considered essential and must remain on the job. Other employees are furloughed, which is a fancy name for a leave of absence.

Employees do not receive pay while the government is shut down.

Employees that remain on the job will eventually be paid for the time they worked. Sadly, they cannot be paid until Congress approves new funding for the department that is shut down.

The timing of when employees will receive back pay is unknown. It depends on many factors. One important factor is when the shutdown departments receive funding from Congress.

Another is at what point in the federal government’s payroll cycles the funding is approved.

Depending on the timing of funding being approved, workers may get a paycheck quickly. If timing is bad, they may have to wait until payroll can be processed.

Furloughed employees may not be so lucky.

Congress must include special language in the law they pass in order for furloughed employees to receive back pay for time missed at work.

Don’t count on that income.

Wait until a final bill with backpay passes both the House and Senate and is signed by the President. Until then, back pay is just one of many factors that could change.

Even though it is unlikely workers would not receive back pay, all parties must come to a final agreement before anything is certain.

Contractors aren’t so lucky. Contractors work for individual companies that have contracts with the federal government.

They don’t work directly as employees for the federal government. It is up to a contractor’s employer to decide how and if their employees will be paid for any time missed.

Some government contractors may continue to operate as normal due to their essential nature. Sadly, many others may not be able to work at all.

What Happens About Housing, Debt and Loan Payments?

When a government shutdown prevents these employees from getting paid, their life descends into financial chaos. As soon as a paycheck is missed, they run out of money to live their lives.

Missing just one paycheck could put rent, mortgage, car and other loan payments in jeopardy. It may also make it hard to find enough money to put food on the table.

Thankfully, some banks and other lenders know that federal government shutdowns can put a large strain on a family’s finances.

While employees are temporarily out of work, they haven’t been fired or laid off. Their jobs will still be there once the shutdown ends.

As such, many banks, credit unions, and other lenders are willing to work with impacted employees.

The assistance you’ll receive depends on your particular situation.

So, if you're a furloughed government worker:

Contact your particular lender to see what help you can receive.

Most lenders are willing to help in one way or another, so don’t be afraid to call them.

In fact, many banks and credit unions including Ally Bank and Wells Fargo have special messages on their homepages encouraging federal employees to contact them to learn more about getting assistance.

Banks or lenders may require that you had your paycheck direct deposited in their bank prior to the shutdown to receive assistance.

Unfortunately, contractors that work for the federal government may not qualify for the same assistance federal employees may get.

Should You File for Unemployment?

Filing for unemployment during a shutdown is tricky.

Furloughed employees may qualify to file for unemployment depending on their state’s laws.

Check with your state’s unemployment program to see how and when you could qualify for unemployment benefits.

You should also ask questions about what happens if you receive back pay after the shutdown ends, too. You may be required to repay any unemployment benefits you received if this happens.

Don’t expect to double dip with both back pay and unemployment benefits.

Your Typical Tax Refund Won’t Bail You Out

Due to the timing of the most recent shutdown, some workers may wonder if they can use their typical tax refund to help tide them over until the government reopens.

The Internal Revenue Service (IRS) is the government agency that deals with tax returns and tax refunds.

They are one of the many agencies affected by the shutdown.

Usually, the IRS opens up tax filing season in mid-January. This allows those with refunds to file and claim their refund. However, if the shutdown continues, that may not be an option.

The IRS will process tax returns that are submitted. They’ll even accept tax payments.

Unfortunately, the IRS will not process refunds while the shutdown carries on. If the shutdown lasts an unusually long period of time, it may make matters worse.

Even those that file returns may have to wait for refunds to be issued until the IRS gets caught up.

A Good Time to Have an Emergency Fund

If you’re freaking out because of a government shutdown, chances are you don’t have a financial buffer. You’re likely worried about how you’re going to make the rent and car payments.

It doesn’t have to be this way.

They’ve happened quite a few times since the 1970s. One way the easiest way to offset the impacts of a government shutdown is having cash in the bank you can use in emergencies.

The name for this cash set aside in a bank account is an emergency fund.

Experts normally advise saving three to six months worth of expenses in an emergency fund. If you can manage to do this, you should be able to survive a shutdown unscathed.

Ideal Size of an Emergency Fund

The longest government shutdown so far occurred from late 1995 to early 1996.

While this shutdown or a future shutdown could last even longer, it would be shocking for a shutdown to last three months. It could happen, though.

People with emergency funds can live off the money they’ve set aside.

Federal workers will likely receive back pay for the missed paychecks. They can simply refill their emergency funds with this money after the shutdown ends.

Life isn’t so simple for contractors. They can still live off of their emergency funds during a shutdown. On the other hand, refilling them will be a much harder process without backpay.

That said, this is exactly what an emergency fund should be used for.

Survive This Shutdown Then Prepare for the Next One

It’s too late to prepare for this shutdown.

Instead, you should focus on surviving until it ends.

Don’t be too proud to call your lenders and banks to see what help they can offer.

Once the shutdown ends, work to recover from the financial damage caused by missing paychecks.

If you get back pay, use that back pay to help fix the problems caused by the shutdown. Don’t spend it on a vacation or a new car.

After you’ve managed the damage caused by the missed paychecks, focus on preparing yourself for future emergencies. If you don’t have an emergency fund, open a high-yield savings account. Start building an emergency fund as soon as possible.

You can start an emergency fund with as little as a few dollars. Automate the process of making deposits to make sure you continue to build your emergency fund. Set up a monthly or biweekly bank transfer that matches your current budgeting style.

Eventually, you’ll have a fully stocked emergency fund that can get you through the next government shutdown. Then, you won’t get as stressed next time a shutdown happens.