Learn about the interest rates and early withdrawal penalties on the certificates of deposit (CDs) offered by KeyBank -- and compare them to other CD options. 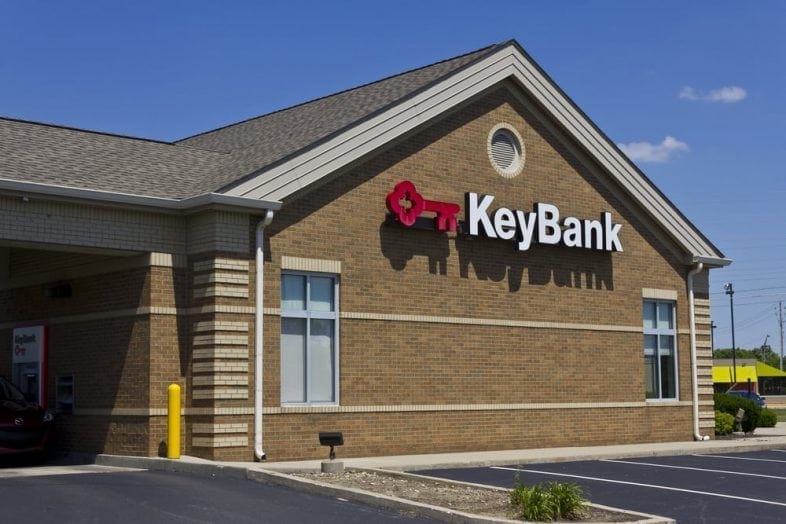 It makes sense that you want your idle savings to earn a higher interest rate.

A certificate of deposit (CD) is one way to do it.

On your search for a great CD, you're likely to check out your local banks, such as KeyBank, which has a strong presence in the Northeast.

If you’re considering opening a new CD, this review will tell you everything you need to know about KeyBank’s CDs.

In this KeyBank CD Account review, we'll compare rates, fees and services to other national and online banks.

Not the Highest CD Rates

A CD is a special type of bank account that pays far more interest than other bank accounts, such as savings, checking, or money market accounts.

The primary reason you would want to open a CD is its increased interest rate, so the rate is the first thing you should look at when comparing CDs.

KeyBank is a traditional, brick and mortar bank.

These banks are great for people who like being able to visit a branch and talk to a real person, face-to-face when they have questions.

KeyBank’s interest rates are on the low end, even among brick and mortar banks.

You can find similar or better rates at many other brick and mortar institutions.

Even KeyBank’s longest-term CDs have lower rates than many online banks’ short-term CDs.

If you can afford to make a larger opening deposit, you can increase your interest rate a little bit, but you still won’t come close to the rates offered by online banks.

Outside of your CD’s balance, the other thing that affects your interest rate is the term of your CD.

CDs, like savings accounts, are designed to be used for long-term storage of extra cash.

However, there is one key difference between the two that you must remember.

When you open a CD, you’re making a commitment to keep your money in the account until a specific amount of time has passed.

You promise not to make any withdrawals until the CD’s end-date. The length of time you commit to is known as the CD’s term.

If you can commit to a CD for a longer amount of time, you can earn more interest.

Though you may be tempted to open a long-term CD even if you can’t commit to the full term, just because of the increase rate, don’t do it. If you try to make a withdrawal before the end of your CD’s term, you’ll have to pay a penalty.

At KeyBank, the fee you pay is based on the original term of your CD.

The longer the term, the higher the fee that you pay will be. The fee is calculated using the amount of interest you earn in a day.

The penalty is based on the CD’s original term -- not how long is left until the maturity date. You could pay a larger fee than you expect if you have a long-term CD and make a withdrawal near the maturity date.

Always wait for the CD to mature if you can.

Also, note that early withdrawal fees are the only way that you can lose money in a CD.

For example, if you open a 60-month CD and make a withdrawal after 6 months, you’ll be charged 12 months’ interest.

That means you’ll forfeit all the interest you earned and have to pay the other half of the fee out of the principal that you deposited.

Many banks will only let you open a new CD if you have a certain, minimum amount of money that you can deposit.

CDs cost more to manage when compared to checking or savings accounts, so banks want to make sure that managing the account is worth the cost.

The more you deposit, the more valuable your CD is to the bank.

The downside of these minimums is that many people cannot afford to open CDs. That forces them to open savings accounts that pay less interest.

KeyBank’s standard CDs have a minimum deposit if $2,500, which is fairly standard for brick and mortar banks.

To open a Jumbo CD, which offers the best rates, you’ll need $100,000, which is far more than most people can afford.

Keep in mind that CDs are insured by the Federal Deposit Insurance Corporation, but that the insurance has limits. The FDIC will only protect up to $250,000 in your account. If your balance exceeds that amount, any amount over $250,000 will be uninsured.

Individual Retirement Accounts (IRAs) offer tax benefits to savers who are putting money away for retirement.

KeyBank offers special IRA CDs, which lets you combine the benefits of both CDs and IRAs in one account.

They allow you to deduct the money you contribute from your income when you file your tax return.

That means that you pay less tax in the year that you make a contribution. In exchange, you agree to pay taxes on the money when you withdraw it from the account.

Roth IRAs require that you make tax payments when you contribute to the account.

However, money in a Roth IRA grows tax-free. When you make a withdrawal, whether it be of principal or earnings, you won’t pay any taxes.

CDs offer safe, steady returns, which makes them a popular choice for people who are nearing retirement.

When a CD’s term ends, the CD is said to have matured. This is your chance to make changes to the CD without paying a fee.

When you open a CD, remember that you’re committing to every aspect of the CD: its rate, term, and the amount you deposited. You can’t add more or get a better rate later on.

If you don’t do anything when your CD matures, KeyBank will automatically roll your money into a new CD. The new CD will have the same term as the old one and pay the market interest rate.

There is a 10-day grace period from the time your CD matures to the time that you cannot make additional changes.

If you wait more than ten days to make changes, you’ll have to pay an early withdrawal fee.

KeyBank’s CDs pay an interest rate that is poor compared to other brick and mortar banks and falls far behind the rates offered by online banks.

There’s little that makes them appealing for most consumers. You should take the time to consider CDs from other banks.

KeyBank’s CDs don’t have any features that make them a particularly exciting choice.

Their poor rates and high minimum deposits mean that there are many better alternatives.

If you want to find a great CD, consider looking at online banks.

They tend to offer low minimums and high interest rates.