When It's Actually Worth It To Buy Airline Miles

Ready to book a flight but you are just short a couple of miles to get you there. Maybe you should buy extra airline miles? 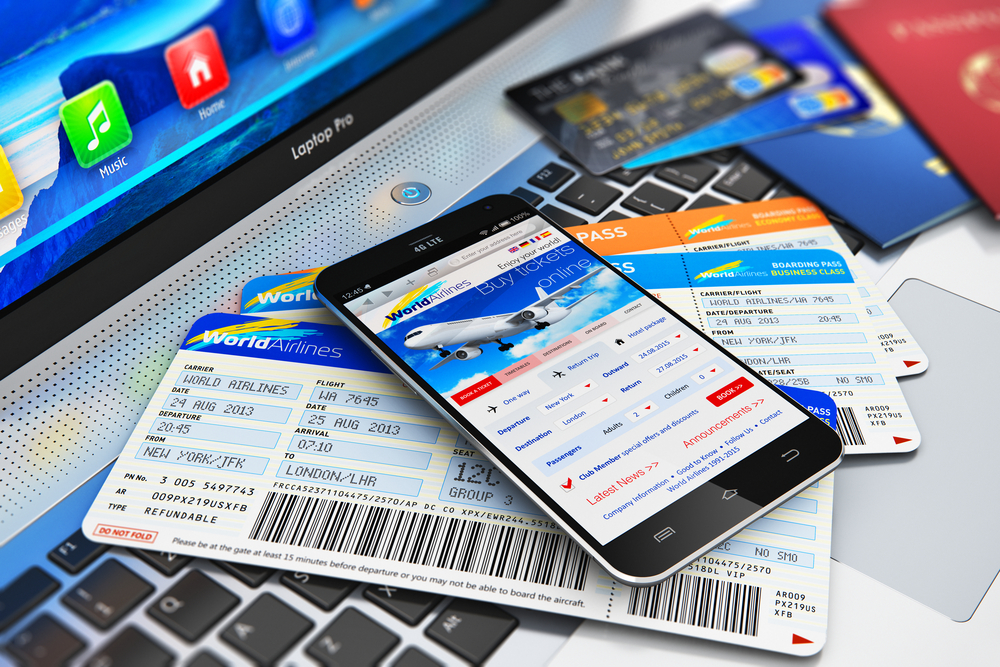 Thinking about using those airline miles you've racked up for that expensive flight to Europe, only to find out you're just a couple thousand miles short of covering the flight?

Yep, we've been there.

We received a lot of good questions from our readers about what to do in a situation like this, and if the right move is to buy the miles or just buy the ticket.

Here's a solid question about airline miles we got from our reader Joseph:

Question: I’m planning to book a one-way flight from New York to San Francisco through Delta Airlines with my reward miles but I’m short about 1,500 miles from redeeming the flight. I know that I can buy miles to make up for the difference. But at 3.5 cents per mile, is it a good move to buy miles or just buy the ticket?

This is a great question that happens more often than not.

Airlines can charge a hefty fee to buy miles -- and sometimes the cost to buy miles will be higher than the acual cost of your flight.

So what should Joseph do in this situation?

We've looked at different instances where it actually makes sense for you (and Joseph) to buy miles.

You're Short on Miles to Redeem an Award Ticket

If you're in Joseph's situation, where you're just 1,500 miles short of redeeming your award flight, then the answer is simple: If it is an expensive flight that requires a large amount of miles to redeem, then buying miles would be a good move.

Why is this the case?

Well, for the exact reason that Joseph said.

For example, Delta Airlines charges 3.5 cents per 1 SkyMile in addition to a 7.5 percent federal excise tax (an additional 5% excise tax is added on for Canadian residents, yikes). And, there is a purchase minimum of 2,000 miles.

The 1,500 miles that Joseph needs to cover his portion of the flight, would equal about $57 of that cost.

Take a look at this chart we made to give you an idea of how much miles would cost you, including tax, if you were to buy them through Delta:

If Joseph were to ditch using his miles altogether, and just buy a one-way flight to San Francisco using his money, it would probably cost him about $150 one way.

So in this instance, it makes sense to buy the miles. Not only does it cost him about half the price of a flight, but he'll be earning some extra miles that he can use towards his next flight.

You Want to Book a First-Class Ticket or International Flight

It's common knowledge that the price of the flight to get you to Europe from the United States can cost you more than your whole trip in Europe.

That's why often times it can make a lot of sense to save up your reward miles to cover your flight cost to Europe.

If you're in Joseph's situation, except this time looking to fly one-way from New York to London, then it probably makes more sense for you to buy the extra miles, instead of buying the actual flight.

Here's an example. Say you're flying from New York (JFK) to London (LHR) on a random Wednesday in September.

This is an idea of what the flight might cost you if you bought it outright vs. what it would cost you in reward miles from popular airlines:

As you can see, the flights are pretty expensive (and these are only one-way).

If you were 1,500 miles short of booking your flight to Europe, buying the extra miles would definitely cost you less than paying for the actual flight.

However, if you needed to buy more than 30,000 miles, then this would not be the most cost-effective option for you, since most airlines charge in the thousands for a higher amount of miles.

Here's a list of some of the prices that popular airlines charge for miles:

Similarly, if you wanted to fly in style and purchase a First-Class ticket, it can make more sense to purchase miles than to dish out for the hefty cost of a First-Class seat.

If you were using Delta to take that flight from New York to London, a First-Class ticket would run you about $3,000.

Although flight prices vary on a daily basis, it can be worth it to compare the price it would cost you to buy miles vs. the price the actual flight would cost you, to see which can be the best money-saver.

The Secret to Figuring Out if it's Worth it

Now, let’s say you are planning a week-long trip in August. A Delta round trip flight from New York City to Honolulu requires a redemption of 65,000 miles.

The flight costs $1,100 through regular pricing. Going back to Joseph's situation, he only needed 1,500 miles to cover the remainder of the flight.

So in his instance, paying $57 for the missing miles doesn’t seem so bad -- because it is equivalent to roughly 5% of the regular ticket price.

Figuring out the percentage the missing miles would cost you is simple, and can give you a good idea if you're getting a solid deal or not.

Simply, divide the price the remaining miles would cost you by the price of the regular ticket. So in the example above, dividing $57 by $1,100 gives you .05, or 5%.

Compare that example to a round trip flight from New York City to Chicago, which requires a redemption of 32,500 miles.

The flight costs $300 through regular pricing.

If you paid $57 for the missing miles, you would’ve paid 19% of the regular ticket price. Although this a bit higher than 5%, it's still a solid savings and makes more sense financially than buying the regular-priced ticket.

So the right way to approach your decision would be to compare the costs of paying for the flight regularly and through miles.

How To Figure Out If It's Worth It To Buy The Miles:

You might be better off paying the regular ticket price for the flight, or consider a different airline with lower prices.

If you are going to purchase miles, be sure to compare it to the price of the actual flight. Often times, it can be at your benefit to buy the miles, instead of paying the regular price of the flight.

Buying miles to cover the remainder of your flight, or to cover an international or First-Class flight, can make it worth it to dish out some extra change for the miles.

However, if you have to purchase an extreme amount of miles -- upwards of 30,000 miles -- then it'll most likely cost you more to purchase the miles, as opposed to just buying the flight outright.

If are a frequent flyer, or just looking to catch some deals on an occasional flight, check out some of our picks for the best travel credit cards of 2022.