How Much Bank Fees Are Costing You Over a Lifetime [Infographic]

Banks and consumers have a love/hate relationship, and fees are a constant source of tension. Overdraft fees and wire transfer fees, in particular, tend to be the biggest thorn in customers’ sides. Today, I’m delivering the hard truth on why it’s so tough to get around the fees and I’ve included an infographic (scroll to the bottom) on how much money you really stand to lose to the bank. 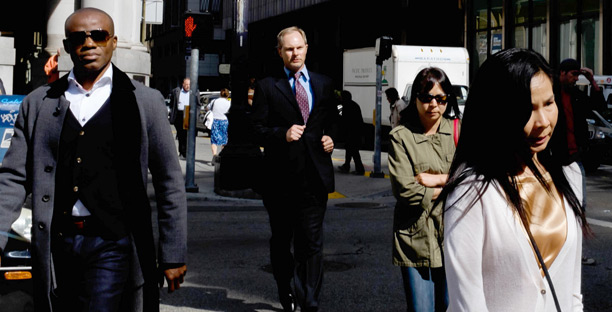 Banking is like any other business — the end goal is turn a profit. Aside from selling customers products, like mortgage loans or credit cards, banks use fees to generate revenue. Part of that revenue goes towards offsetting the higher cost of doing business banks face as a result of increased federal oversight.

“Banks are being regulated very strongly, which is adding millions of dollars to the cost of compliance. That cost is then passed on to the customer in the form of higher fees,” says Hillary Kelbick, President of MKP Communications.

The Dodd-Frank Act, for example, was signed into law in 2010 as a means of putting tighter controls. According to Federal Financial Analytics, Inc., meeting the guidelines set forth by Dodd-Frank cost the top six U.S. banks $70.2 billion in 2013. Not surprisingly, it’s the Average Joes who get stuck footing the bill.

For me, the real issue is not why banks charge fees in the first place but why they have to be so high. I posed a similar question to Ms. Kelbick but I wasn’t able to nail down a good answer as to how banks determine their pricing for overdraft, wire transfer and similar fees.

Attempting to dodge bank fees is a lot like playing Whack-A-Mole, only it’s the bank that’s swinging the mallet. Take overdraft fees, for instance. According to Kelbick, overdraft fees are meant to be a safeguard for the bank, rather than a punishment for the customer but it doesn’t always feel that way.

When you opt in to overdraft protection for debit card transactions, the bank automatically transfers money from your linked savings account to your checking account any time your balance goes into the negative. Sounds like a good deal since you’re avoiding the $30-something overdraft fee, but there’s still a fee involved, although it’s usually lower than an overdraft fee.

If you’re a customer, you’ve basically got two choices: opt in and still pay a fee if you overdraft (albeit a smaller one) or go without it and run the risk of having your debit card declined. Either way, you lose.

So what’s the answer for how consumers can combat bank fees? Online banks are one option, according to Kelbick. Because they have fewer operating costs, customers are able to cash in on higher interest rates on savings products and lower fees. (MyBankTracker highly recommends Ally Bank. Here is a comparison of Ally and Capital One 360.)

She also offers an alternative that’s likely to be a tougher sell for frustrated consumers. Rather than pulling away from big banks, Kelbick advocates leveraging loyalty in order to get around the fees. When you’re doing things like linking your checking and savings account, taking advantage of direct deposit or opening a credit card account, the bank is more likely to reward you with fewer fees.

“The more business you do with any given company, the more they’re going to give you back in return. Consumers can get a better deal when they’re willing to commit more of their financial wallet to a particular bank.”

If you’ve been burned by fees in the past, giving the bank even more of your business may be the last thing you want to do.

How much will bank fees cost you over a lifetime?

The reality is that bank fees aren’t going away any time soon at big banks. We’ve put together this eye-opening infographic that outlines how much bank fees will cost you over the course of a lifetime.

Related Articles
Ways to Spend Windfall Money Wisely
How A Freedom Fund Can Unlock Your Happiness
Free Cash Flow Budget Planner
Hilarious Bank Names: What Were They Thinking?
Why You Need a Prenup. It’s No Longer Just for the Rich and Famous
10 Ways College Students Waste Money