Today’s 20-somethings are redefining what personal finance means as they try to overcome some unique money problems. Burdened with thousands of dollars in student loan debt and faced with a job market that’s tighter than ever, they’re shaping a new version of the American Dream that doesn’t revolve around 2.5 kids and a white picket fence. 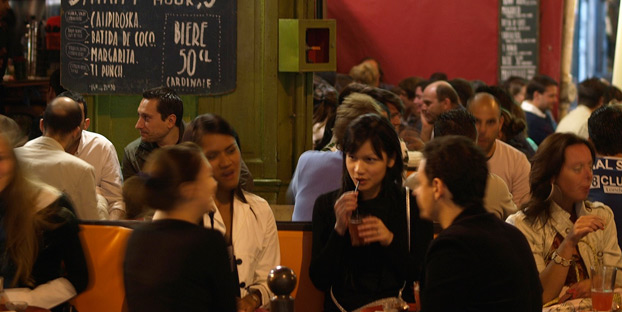 While the latest generation of college grads seem to be aware of the value of things like saving for retirement and climbing the corporate ladder, they’re not always practicing what they preach. Instead, they’re changing jobs more frequently in their search for fulfillment and letting the fear of missing out dictate how they spend. Financial must-dos, like fattening up their bank accounts or plotting out a career path take a backseat to things like going on vacations with friends or spending all their extra cash on concert tickets.

There’s no doubt that young adults by and large are having the time of their lives but the odds are good that they’re not adding up the long-term cost. As they move into their 30s, they may find themselves paying for the mistakes they made in their 20s. Facing up to some harsh financial realities now can potentially head off any unpleasant consequences down the road. Here’s a look at five financially difficult things twenty-somethings need to be ready to deal with.

1. You may be stuck in a low-paying job for awhile.

Gone are the days when a college degree was enough to help you get your foot in the door at your first job. When it comes to finding their place in the workforce, grads are facing an uphill climb and unemployment among twenty and thirty-somethings is nearly triple the national rate. Even if you’re able to snag a position somewhere, chances are your income won’t be cracking six figures anytime soon.

The best way for young workers to cope with a less-than-spectacular salary is to focus on making the most of the income they have. Creating a budget lets you see where your money’s going so you know exactly how much you have to live on, and save. It may be a few years before you see a bigger paycheck but learning how to budget now prepares you for when you do eventually start raking in the dough.

Some people are natural born savers while others have to learn how to set aside money as a regular habit. When you’re in your 20s, saving money may be the last thing on your mind, but it’s not something you can afford to skip out on. Having a cushion of even a few hundred dollars in the bank gives you a small safety net for when the inevitable rainy day expense creeps.

Finding the money to save is the biggest challenge for most young adults, especially when you’re shelling out a significant part of your income on student loan payments. If you’ve got your budget in order, go over it again to see if there’s anything else you can cut out. Setting up an online savings account and tossing in $25 or $50 a month may not seem like much but it’s a step in the right direction.

3.  Your credit does matter.

There’s been much made of the fact that the majority of 20 and 30-somethings don’t have a credit card. The reason? They’re worried about racking up a load of high-interest debt. The main money problem is that by avoiding credit cards in your 20s, you’re not able to build your credit history, which you’re going to need at some point if you want to buy a car or apply for a loan.

While a credit card isn’t the only way to build credit, it’s probably the easiest, and applying for one may be a necessary evil. As long as you’re keeping the balance low and paying your bill on time each month, you’ll be establishing a solid credit record without the fear of ending up in debt.

4. Buying a home may take longer, if it happens at all.

Millennials, generally defined as young adults between the ages of 22 and 34, are waiting much longer than previous generations to buy a home. For some, the dream of home ownership is one that may never come true. Tighter lending restrictions are part of the problem but there’s also the fact that 20-somethings just aren’t earning enough to afford a mortgage.

So how can you put yourself in a better position if you do want to buy? Setting aside money for a down payment in that online savings account you’ve hopefully opened by now is one solution. It also benefits you to work on building your credit and establishing your work history. Even if you don’t plan to buy for another five or 10 years, doing these things now will work in your favor later on.

5. You won’t be young forever.

While it may not seem like a money problem, getting older definitely impacts your financial situation, especially in terms of saving for retirement. Thinking that you can put off building your nest egg for a decade or two puts you at a serious disadvantage since you’re missing out on years of unrealized returns.

If you’re working and your employer offers a 401(k) or similar retirement plan, there’s no reason why you shouldn’t be chipping in at least enough to get the company match. As your income grows, you can start increasing your contributions. If a 401(k) isn’t an option, don’t discount the value of a traditional or Roth IRA. Getting a head start on your retirement now means you won’t get stuck playing catch-up in your 30s or 40s.

Related Articles
Looking for Big-City Living and Affordable Rent? Try These 5 Cities
10 Features Consumers Look for in a Bank
How to Avoid Bank Fees on Deposit Accounts?
Should You File a Tax Extension?
How to Opt Out From Overdraft Fees
Do You Need Roommates to Afford Rent?