Survey: 62% of Americans Put Spare Change to Good Use

A recent MyBankTracker survey reveals how Americans are using their spare change. Loose coins are being used for savings, vacations, gift cards and more. 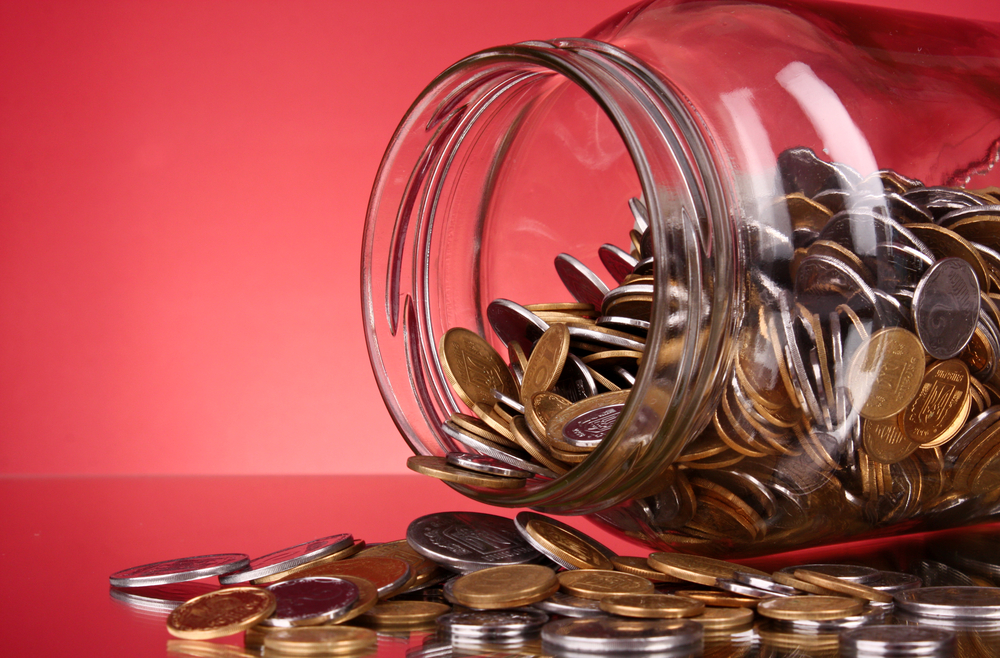 Loose change has a lot more spending power than you might think and a recent MyBankTracker survey put that theory to the test. We polled our readers to find out what they do with their spare coins. If you’re wondering what the average American is doing with the money in their change jar or how you could be using yours more effectively, dive in with us as we break down the full survey results.

Vacation and bills top the list of uses for spare change

The MyBankTracker survey offered respondents seven different responses, as well as the opportunity to chime in with their own two cents on how they use their change. Here’s how the numbers stack up:

The open-ended responses were varied and reflected a range of attitudes about just how much spare change is really worth. While many of the write-in responses involved using the money for something fun (like shopping for iTunes) or something practical (like feeding the parking meter), some of the other replies were a little more creative. One respondent, for example, planned to save their spare change for a new tattoo while another said their dream was to fill up a room of their home with coins and swim around in it like that penny-pincher Scrooge McDuck.

More than a third of Americans do nothing with spare change

While our survey found that the majority of people are using their spare change to improve their finances or someone else’s, we were surprised by just how many aren’t putting it to good use. Overall, 37.9% of respondents said they’re not doing anything with their spare change.

Surprisingly, it’s older Americans who are the most neglectful where their change jar is concerned.

When income was factored in, it was determined that high-income earners are actually less likely than middle-income earners to let loose change fall by the wayside. 41.9% of people who said they don’t do anything their spare change reported making between $50,000 and $74,999 annually.

So why does it seem like people don’t assign as much value to loose coins? Part of it has to do with how individuals perceive their worth.

One research study identified a phenomenon known as the “denomination effect”, which is a measure of how much psychological pain we experience when spending paper money versus coins. The researchers conducted various experiments where test subjects were asked to spend change versus dollar bills on identical purchases.

The study found that overall, people are more likely to spend change freely before they’d break a dollar bill, even if the amount they’re spending is the same. Going back to how many people in our study said they do nothing with their change, it’s easy to assume that they just don’t feel as motivated to use extra money unless they can fold it in half and stick in their wallet.

It could also be chalked up to the fact that paper money is simply less of a hassle to use than loose coins. For example, counting out your change at the grocery store instead of handing over cold hard cash is likely to lead to feelings of impatience on behalf of the cashier or the people waiting behind you, which can make you feel embarrassed at lugging around a pocketful of coins to begin with.

What’s the best way to use spare change?

If you’ve got a big chunk of loose change sitting around doing nothing, you’re essentially throwing money away. MyBankTracker has come up with five productive ways to make the most of every single penny.

When you look at spare change in terms of what it can really do, the possibilities are endless. Whether you choose to spend, save, invest or give yours away, the most important thing is that you’re putting those coins to work instead of letting them lie around collecting dust.

This nationwide, online survey was conducted by Google Consumer Surveys on behalf of MyBankTracker. The survey received 1,070 responses and all respondents were age 18 or older. 53.3% of respondents were male while 46.7% were female.