Survey: How Much Money Would You Pick Up?

A MyBankTracker survey looked at how much it would take for someone to pick up free money off the ground. 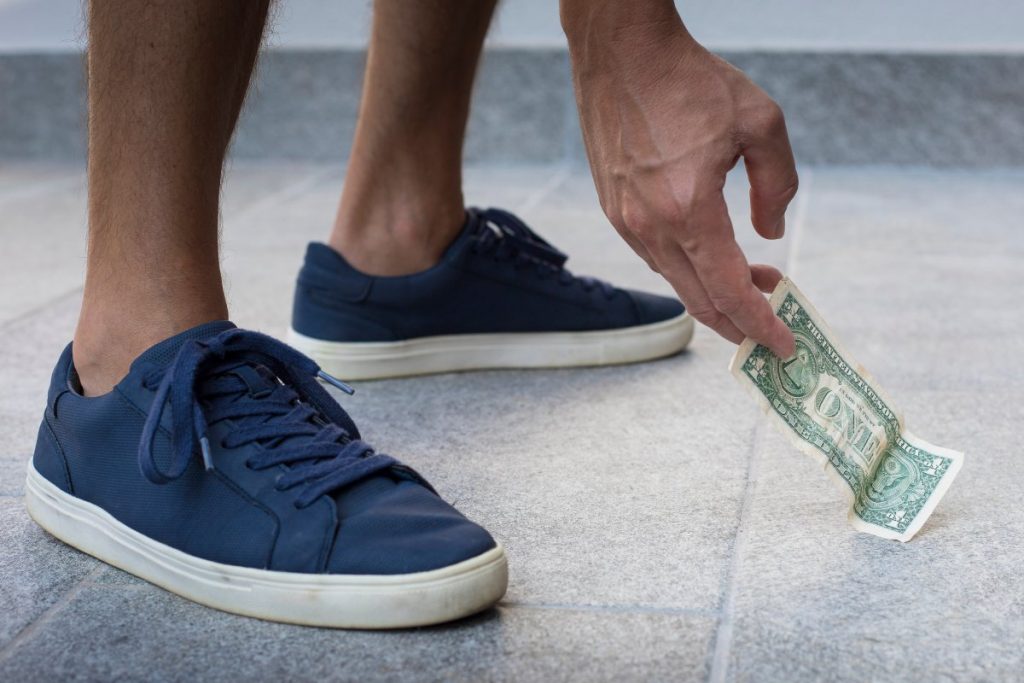 Free money is tough to ignore. But, what if it was just lying there on the ground? Some people would pick it up and some won’t -- the amount of money matters.

According to a recent survey by MyBankTracker, nearly half (46.2 percent) of Americans would pick up at least a penny. Interestingly, the next denomination they’d pick up (12.6 percent) is a quarter.

Here are the full highlights of the survey:

How Much Money Would You Pick Up?

Based on age group

Why Wouldn’t Someone Pick Up Free Money?

About 1 in 5 respondents said they wouldn’t pick up free money off the ground. And, there could be many reasons for that.

It’s understandable that some may be reluctant to pick up money, especially in public, because it may be considered embarrassing or shameful. Others may also feel bad that the money belonged to someone else and it may feel like stealing.

The pandemic has led to an increased aversion to public surfaces and environments that may be susceptible to contamination. So, people may be less likely to touch anything of unknown origin -- even free money.

Not worth the effort

There’s no doubt that some people place great value on their time. It’s possible that they earn so much that it’s not worth the effort -- as little as it might require -- to pick up free money off the ground.

The study was conducted through Google Surveys on behalf of MyBankTracker from March 31, 2021 to April 12, 2021 with 2,071 respondents in the United States of ages 18 and up with a standard deviation of 5.4%.