Figuring out how to make the most of your credit score when it's not exactly perfect isn't necessarily as difficult as you'd think. 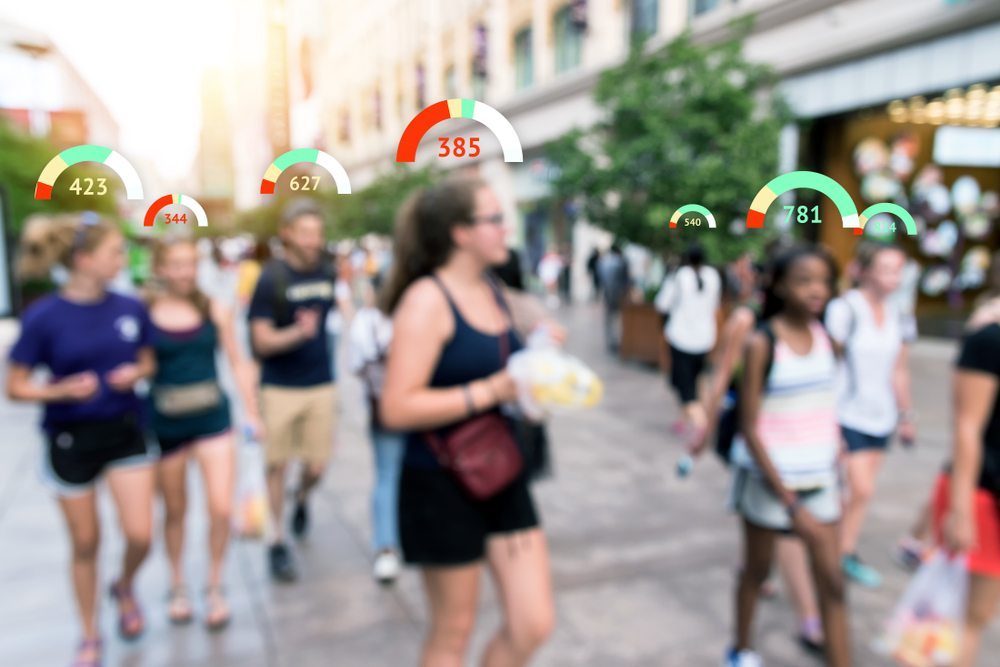 MyBankTracker previously covered what it means to have a credit score in the 600 to 650 range.

Now, we take a more in-depth look at how having a less than perfect score really impacts your finances and what myths are sometimes wrongly associated with it.

My credit score also falls within this range, so I'll share what it was like to do things like rent an apartment and open a credit card.

Your credit score is a snapshot of how responsible you are when it comes to managing your money, but the picture it paints to lenders isn't always accurate.

If you've gotten behind on your bills because of an illness or a divorce has thrown some financial stumbling blocks in your way, those things can't be communicated with a three-digit number.

My own score has seen some ups and downs over the years. A lot of the dips were the result of careless missteps in my 20s, but some of the negative marks on my credit history stem from the financial fallout that almost inevitably accompanies the breakup of a marriage.

These days, my score is hovering right around the 650 mark but overall, it hasn't been as a much of a hindrance as I'd feared.

If you've make a mistake or two in the past, steering clear of some common misconceptions can help you make the most of your credit score.

Roughly 10 million households in the U.S. go completely bankless, but if you need a secure place to park your money, you can't go wrong with a basic checking account.

At most banks, you'll be subject to some type of credit check before you can be approved for a new account. If you've got bad or fair credit, it's a mistake to assume that you won't qualify.

While banks are concerned with how your credit stacks up, they don't always look at the history reported by Experian or the other credit bureaus.

In most cases, they use ChexSystems instead, which is an alternative reporting system. The kind of things that would show up on a ChexSystems report include bounced checks, reports of identity theft or fraud, excessive withdrawals and outstanding overdrafts.

If your credit isn't that great but you've never gotten in trouble with a bank account, it's not likely to hurt your chances of opening a new one.

When I separated from my husband, I moved my assets to a smaller community bank in my local area.

It took about 10 minutes to get approved for a new checking and savings account and my banker never asked any questions about the negative marks that had recently shown up on my credit.

When you've got a black mark or two on ChexSystems, you can still do your banking with a second chance checking account.

There are plenty of banks and credit unions that offer them and as long as you're able to manage it responsibly, you should be able to convert it to a regular account down the line.

Tip: It's free to check your ChexSystems report online and you have the right to dispute any errors or inaccuracies that you find.

2. You won't be able to rent an apartment without a co-signer

Credit checks are pretty standard these days for landlords and whether you're renting from a property manager or directly from the owner, they're likely to take a peek at your score.

It's important to keep in mind, however, that your credit isn't the only thing that determines whether you're able to get a lease.

Typically, as long as you can prove that you have enough income each month to cover the rent or you've got a big chunk of change in the bank, your landlord isn't going to be laser-focused on your credit score.

When I applied for my current rental there was another person whose application was under consideration.

I told the property manager that my credit wasn't that great and explained why, then produced my income and bank statements.

Two hours and a quick credit check later and I was approved, despite my underwhelming score. The reason? I had the ability to pay the rent, which mattered more to my landlord than my credit.

Did you know? Both Experian and TransUnion allow rent payments to be included on your credit history. Asking your landlord to report your on-time payments can help to improve your score.

3. Getting a credit card isn't an option

Credit cards are one of the easiest ways to build your credit and bolster your score.

When you've been through something major like a bankruptcy, it can take years to get approved for anything other than a secured card but it's not nearly as difficult when your credit just has some minor dings.

How big of an impact your score has on whether you can get a new credit card really depends on what you're applying for.

Store cards, for example, tend to be a little more lenient in terms of what's considered a "good" score. If you're applying for a store credit card, you'll want to make sure you're paying off your balance in full each month to avoid the higher interest charges they typically carry.

If you're in the market for something like a rewards credit card, you'll need to do some homework before you apply to gauge your chances of getting approved.

Generally, the better the rewards structure the more strict the card issuer's going to be when it comes to your credit. I've applied for two store cards in the last year, as well as a Discover it card and been approved with no problem, all with a 650 credit score.

Tip: Each inquiry for new credit shows up on your credit so it's best to keep new applications to a minimum to avoid hurting your score. Here is a list of the best credit cards you can apply for.

While some things like buying a home might be temporarily out of reach, having fair credit won't hold you back as much as you think.

In the meantime, you can work on building up your score by making sure your bills are paid on time, wiping out your debt and being selective about how often you apply for new credit.