Watch Out for These Pitfalls When Making Large Cash Deposits

Learn the rules of depositing large amounts of cash into the bank and avoid the fees involved with these deposits. 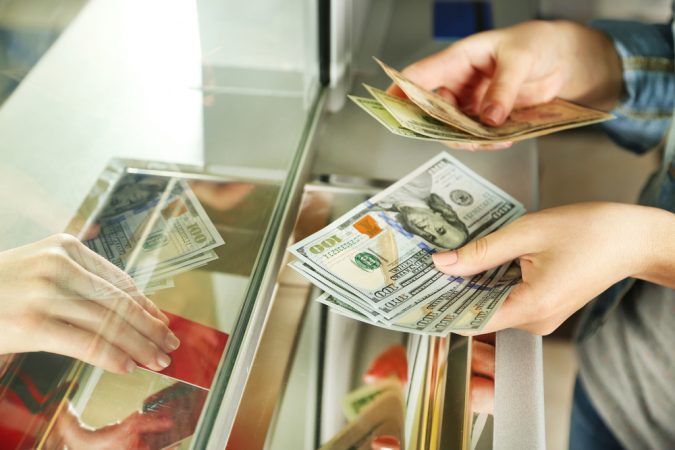 Depositing large amounts of cash in your bank account has the potential to be problematic in more ways than one.

If you run a cash business, make extra money from a hobby or you've received a large cash gift, here's what you need to know before heading to the bank.

Read also: What's the Most Amount of Cash You Can Withdraw at Once?

Keep an eye out for cash deposit fees

While there's been a talk of banks charging customers fees for making cash deposits, none of the major banks have implemented this kind of policy to date.

That means that as long as you're making the large cash deposit into a personal checking or savings account, you won't pay a fee for this service.

You may, however, be charged a separate fee for completing the transaction through a teller.

At PNC Bank, for example, Virtual Wallet customers may be hit with a $7 monthly maintenance fee when they don't use self-service account management options.

On the other hand, if you've set up a separate business account, there's a good chance that you'll have to pay to make a cash deposit.

Bank of America customers who have a Business Fundamentals account, for instance, are charged $0.20 per $100 deposited over the first $10,000 monthly.

Chase also charges its business customers a transaction fee for cash deposits in excess of the monthly limit.

There's no fee for making deposits through the ATM or through a night deposit box.

Keep in mind, however, that ATMs aren't infallible and there's always the possibility that your deposit could be miscounted.

If that happens, you'd have to initiate a dispute with your bank to make sure your account is credited properly.

Frustrated with your bank?

Even more worrisome than having to pay a fee for large cash deposits is the possibility of raising an eyebrow with the federal government.

Banks are required to file a Bank Secrecy Act Currency Transaction Report for cash deposits over $10,000.

A copy of this form is sent to FinCEN, a division of the U.S. Treasury which is responsible for detecting money laundering and other financial crimes.

Don't try to cheat the system

If your large cash deposit is a one-time thing (you sold your car for cash, for example) filling out the form isn't that big of a deal.

The only time you can really run into problems with large cash deposits is if you try to get around the reporting rule.

For example, let's say your parents give you $21,000 to help you out with a down payment on your first home. So instead of putting it all in at once, you break it into three deposits of $7,000 each because you're worried about a large deposit raising a red flag with Uncle Sam.

You may think you're playing it safe or being clever, but what you're really doing is something called "structuring" which, if done with intent to get around the reporting requirement, is illegal.

If you plan on regularly depositing large amounts of cash

If you routinely plan on depositing large amounts of cash, the best way to cover your bases is to keep accurate records of where the money's coming from and report the deposits whenever necessary.

That way, you've got documentation that shows how you got the money and when it was deposited, in case your account activity is ever called into question.

Tip: If you have multiple cash deposits in a single day that exceed more than $10,000, they're treated as a single transaction for cash reporting rules.

With so many banks falling victim to hackers, financial institutions are stepping up their security game and in some cases, that means placing restrictions on cash deposits.

Chase, for example, changed its cash deposit policy, leaving some customers in an uproar. The change was intended to cut down on the misuse of accounts.

Under the changed guidelines, customers can only make cash deposits into accounts that are in their name, provided they show a valid ID at the teller window.

This move has created headaches for customers who regularly put cash in an account that don't belong to them (parents depositing money into their college kid's account, as an example).

Tip: If you're a Chase customer, take a look at MyBankTracker's guide to sidestepping the cash deposit rules.

Remember to find out what your bank's cash deposit policy is so you're not surprised (as many Chase customers were) when you get to the branch.

The other thing to be aware of is what the bank's funds availability policy is for cash deposits.

At most major banks, cash deposits are credited automatically but if you're bringing in more than $5,000, the bank may decide to hold it temporarily.

Typically, this happens if you've repeatedly been overdrawn in the past or your account is relatively new.

When the bank puts a hold on a large deposit, the first $100 or $200 is usually made available within the first two business days.

If you're counting on having the rest of it available so you can pay bills or cover another large expense, you may be stuck waiting a few days for it to clear.

If you're making big cash deposits, there's a chance you could encounter some bumps in the road. Knowing what to expect beforehand ensures that these transactions go as smoothly as possible.

<p>I need to open a virtual account to transfer money, a large sum in Omani riyal. The virtual bank should work in UK and India . Any advice</p>

<p>I need to get a cashier's check for 3600. I have that amount in my online banking account so if I use a local bank to buy this can I do this with a check from my online account?</p>

<p>Thank you for your reply. In my case there is not teller. I have an online checking account and I deposit the money using an atm. All the forums and articles I read state that foreign monetary gifts don't need to get reported. So I should be safe.</p>

<p>I am new to this country and I need help with a serious question. My parents from a different country help me with everyday expenses and send me $2500 each month. I receive it as cash through Western Union and I deposit the money in a regular checking account. Do I need to report this money? Will the bank report it or consider it suspicious activity? Thank you</p>

<p>What if you deposit several hundred thoughsand from a real estate sale in a form of a check, well that be reported?</p>

<p>Yes FinCEN does not share information with the IRS unrequested.</p>

<p>Banks have internal rules and flag accounts regardless of the amount if they profile you or suspect any foul play.</p>

<p>Goes to FinCen not the IRS. I tried to find an email for you to send privately. Hate to do this publicly.<br>Look up CTR on Wiki. Also look up Bank Secrecy Act &amp; Anti Money Laundering</p>

<p>The above information is absolutely incorrect. The form she refers to is for non financial institutions to file. Banks file a Currency Transaction Report. I won't blather on but the writer is not very familiar with the topic</p>