How to Join a Credit Union With Bad Credit

Learn how your bad credit affects your chances of joining a credit union. Find out the typical rules for becoming a member and the benefits that credit unions provide for people who don‘t have good credit. You may find that your ChexSystems report and banking history is more important. 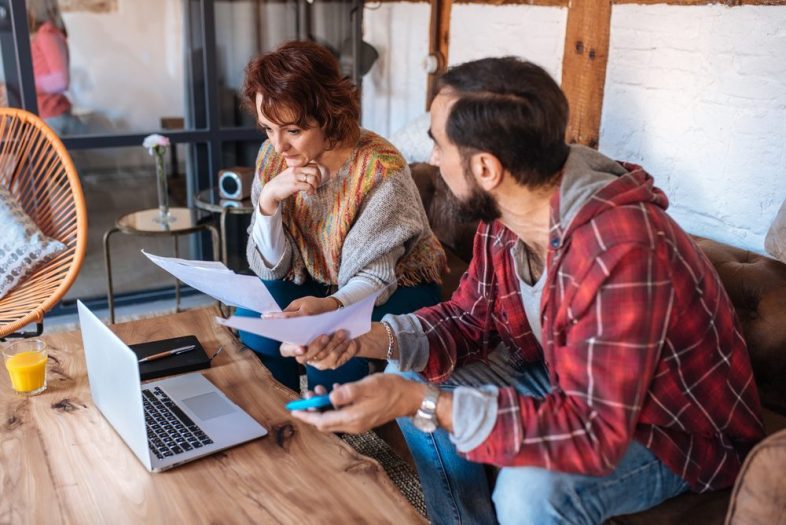 Because bad credit often prevents you from qualifying for typical loans, you might think that it also affects your ability to join a credit union.

The truth is that your credit -- whether good or bad -- isn’t the major factor when it comes to opening deposit accounts in U.S. financial institutions. In fact, there’s a separate consumer report that plays a larger role.

Find out what really matters when you’re joining a credit union and how your bad credit is relevant to credit unions.

The report is held by ChexSystems, a nationwide consumer report agency that is governed by the Fair Credit Reporting Act (FCRA). It is used by more than 80% of U.S. financial institutions, across more than 7,700 banks and 7,800 credit unions.

So, when you apply to open a bank or credit union, the financial institution will pull this report to see if there’s any banking history that could pose a risk. A negative record on your ChexSystems report may lead to a rejected application.

What does the report reveal

ChexSystems reports contain sensitive personal information and any past bank accounts that have been mishandled, reported for a specific cause, or outstanding debts.

If you’ve had a troubled past with bank accounts, this report will show it. Your previous banks may have reported your accounts for infractions that, in general, make you look like a bad banking customer.

Examples of why your bank account is recorded in ChexSystems:

Note: ChexSystems does not report any other information on your banking habits, including balances and deposit behavior. It just records the bad stuff.

When a new bank or credit union pulls your ChexSystem report and sees the negative remarks, they may decide to not let you open an account with it.

How it related to your credit

Now, your bad credit could be the result of bad banking behavior.

For example, if you had an overdraft on your checking account and never paid off the negative balance, the bank could report this as a debt and have it sent to a debt collection agency. This shows up in your credit reports in a very bad way. Your credit scores are likely to have dropped significantly.

Credit unions are different from banks in that they have members instead of “customers” because they operate as non-profit institutions. Earnings are returned to members in the form of lower borrowing rates, lower account fees, and higher deposit rates.

Each credit union has its own set of criteria to determine membership eligibility. Typically, these requirements are based around:

Unfortunately, if you don’t fit the criteria, you’re not eligible to join. Some credit unions make it easy for nearly anyone to join. For instance, there are organizations that you can join with a small one-time donation (usually $5 to $20) and then you’ll become eligible to join a certain credit union.

If your ChexSystems report is not in the best shape, that doesn’t mean that you’re absolutely shut off from getting an account with a credit union.

There are such things as “second chance” accounts that are designed for people who have tarnished histories with bank accounts.

Usually, these accounts don’t allow you to write paper checks in the traditional sense. You may still be able to use the account for online bill payments and transfers, but you won’t be able to give checks as payment -- this minimizes occurrences of overdrafts that lead to negative balances.

When Credit Unions Care About Your Bad Credit

Now, bad credit may not stop you from joining a credit union. But, it still matters when you’re applying for a loan or credit line at the credit union. It could hurt your chances of qualifying for loans, including:

If your credit scores are in the lower end, credit unions may be more likely (compared to banks) to work with you to get you the loan that you need.

However, if your credit is very bad, don’t be surprised if credit unions still reject your application. Like with all loans approved for those with bad credit, expect interest rates to be relatively high.

At credit unions, you’re also more likely to come across secured loans that use your deposits as collateral. What’s great about these types of loans is that it is less dependent on your credit score and income because you’ve secured the loan with cash collateral.

These are often referred to as credit-builder loans because secured loans are great for rebuilding credit as long as you make the on-time payments.

You’re not really using the borrowed funds for anything -- you’re borrowing money just to repay it for the purpose of making it look good on your credit reports. With improved credit, you can then go on to apply for traditional, unsecured loans.

What you need to know about secured loans from credit unions:

Your bad credit isn’t going to be a major blocker when it comes to joining a credit union, as long as you meet the membership requirements. However, it can stop you from getting a loan at a credit union.

Whether you’ve had a bad history with credit or with bank accounts, many credit unions will work with you to provide the financial products and services that you need. Just note that they may come in different forms.