How to Fly to Italy for Free Using Miles and Points

Learn how you can fly to Italy for free using miles and points earned through credit cards and frequent flyer programs that offer award flights. 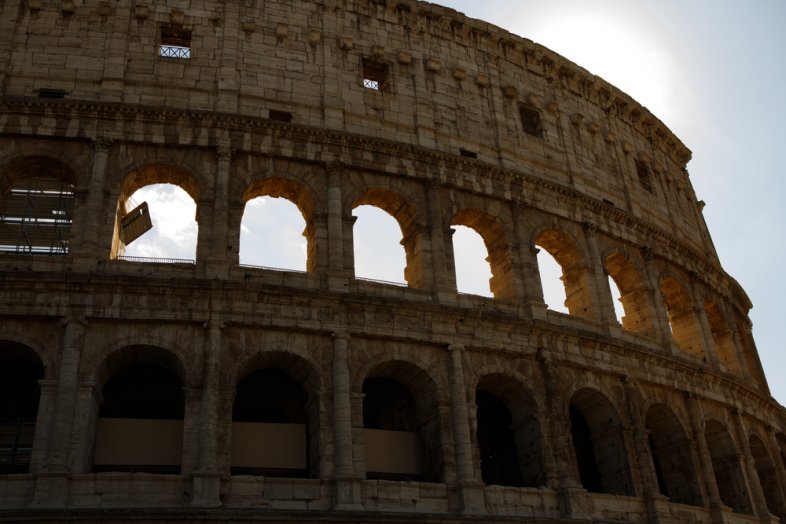 For many Americans, Italy is one of the top bucket list destinations for a vacation. Italy’s capital city of Rome is often the centerpiece of what some people might term a “once in a lifetime” trip.

Thankfully, with miles and points, a trip to Rome or Italy doesn’t have to only happen once in your lifetime.

Miles and points can help you travel for free or nearly free to visit attractions like the Vatican, the Trevi Fountain, St. Peter’s Basilica or the Spanish Steps.

Besides Rome, you can also use miles and points to travel to other places in Italy, such as Venice, Tuscany, Milan or Sicily.

The flexibility of miles and points makes it much easier to plan an Italian vacation with multiple stops. While many cash flights charge a premium for one-way flights, with airline miles, it’s almost always exactly ½ of the round trip price.

So you could use miles to fly into Rome and fly back home from Venice, for example. Then spend a day taking a scenic train ride up the Adriatic.

To start out with, let’s examine how to fly to Rome using United MileagePlus miles.

United flies to Italy from:

United has an extensive domestic route map as well as several Star Alliance partners like Swiss Airlines, SAS and Lufthansa, so you have plenty of options to fly to Italy for free using miles and points no matter where you’re coming from.

It costs 30,000 United MileagePlus miles for a one-way economy ticket from the US to anywhere in Europe, including Rome or other points in Italy.

If you have your eye on flying business class on United, it will cost you 60,000 MileagePlus miles one way.

If you are flying business class on one of United’s Star Alliance partners, it will cost 70,000 MileagePlus miles.

All mileage costs don’t include taxes and fees, and you can get a round trip flight for twice the cost.

If you need more United MileagePlus miles, one option would be to transfer them from Chase Ultimate Rewards. United is a 1:1 partner with Chase, so that is a great way to top off your MileagePlus balance.

Another option to fly to Rome and Italy using miles and points is to use Delta SkyMiles.

Delta flies to Italy from:

Delta is also in the SkyTeam alliance with Italy’s flagship airline Alitalia.

Delta no longer has a fixed award chart.

The price of any flight in SkyMiles varies on the route, dates and timing of the flights.

With Delta more so than with any other airline, you’ll want to be as flexible as possible with your plans.

A good approximation is that it could cost you anywhere from 30,000 to 60,000 or more Delta SkyMiles for a one-way ticket to Rome, Venice or Milan, plus taxes and fees.

If you find that you need additional SkyMiles for your flight to Rome, you can get more SkyMiles by transferring points over from American Express.

Delta is a 1:1 transfer partner of American Express Membership Rewards, so if you need SkyMiles, that can be a great way to get more.

Another way to fly to Italy for free is using American Airlines AAdvantage miles.

American Airlines flies to Italy from:

American also has a very large route map within the U.S., and is a member of the oneworld alliance with partners such as Iberia, British Airways or Finnair. That makes it easy to get from the U.S. to Italy for free on miles and points no matter where you’re flying from.

If sAAver availability is available for your dates and routes, a one way flight from the U.S. to Italy in economy will cost 30,000 American AAdvantage miles during peak times.

American also has off-peak dates between the US to Europe, between January 10 and March 14 and from November 1 to December 14. During the off-peak dates, an economy flight costs 22,500 AAdvantage miles.

Other Options to Fly to Italy Using Miles and Points

There are a couple of other mileage programs that can help you fly to Rome or Italy for free using miles and points:

Virgin Atlantic is a partner of Delta and Air France / KLM among other airlines.

So, you can’t use Flying Club miles on an Alitalia operated flight.

Economy tickets can cost as low as 12,000 Flying Blue miles one way.

Using Flying Blue miles would generally mean you’d need to connect in one of Air France / KLM’s hubs in Paris or Amsterdam.

Alaska Airlines does not fly directly to Europe itself, but is a partner of airlines like American Airlines, Aer Lingus, IcelandAir and British Airways.

So you can use your Alaska miles to fly to Rome, Venice or other Italian destinations on one of those airlines.

While using airline miles like we’ve talked about so far can be an attractive way to fly business class to Rome, if you plan on flying in economy class, you’ll want to look at cash fares.

Cash fares from the U.S. to Europe can often be under $400 for a round trip flight.

If you live in a larger city (especially on the East Coast of the U.S.) it will make finding cheaper fares easier. But it is not impossible to find these cheap fares even during popular times of the year or from smaller airports.

Here’s an example of a round trip flight on Delta from New York to Rome for only $288!

And just because you’ve found a great cash fare doesn’t mean that you actually have to PAY with cash. Some miles and points work as “fixed value” points.

Your points are always worth the same amount, no matter how you spend them.

One way to buy this flight would be to use the Chase Ultimate Rewards travel portal to book the flight.

Compare that to using your Chase Ultimate Rewards to transfer to someone like United Airlines. If you did that, it would instead cost 60,000 Ultimate Rewards for a round trip ticket from the US to Rome. That’s over three times as many miles!

Other types of fixed value miles and points would be points earned by cards like the  Citi Premier or Capital One Venture Rewards cards.

One of the best ways to quickly get a ton of airline miles and points is through the signup bonuses offered by credit cards.

Check out some of these cards that can directly give you airline miles:

Some other options are cards that give bank-issued points.

You can either use those points as fixed value points on a cash ticket or transfer them to airline partners.

Hopefully, these tips will help you as you look to plan your next trip to Rome for free with miles and points!